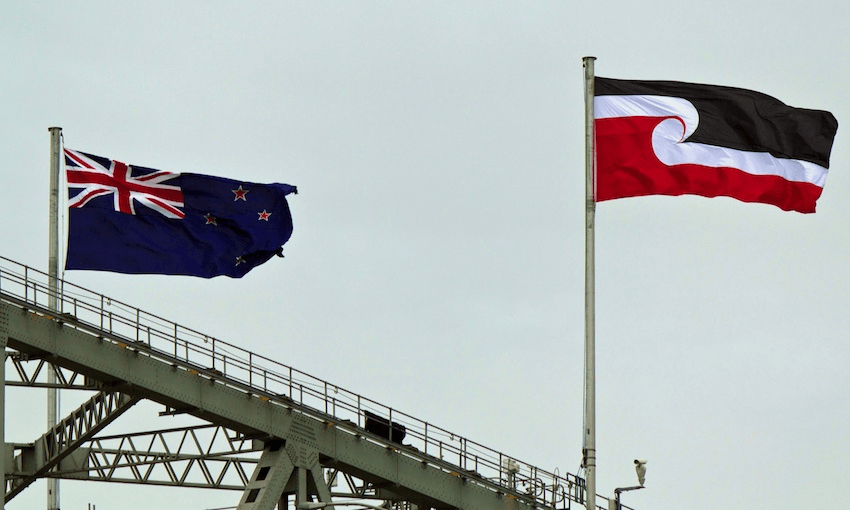 By Jeremy Hansen
Guest writer
Made possible by

On the latest episode of The Good Citizen podcast, Jacqueline Paul talks to Jeremy Hansen about the housing crisis, inequality and the damage racist stereotyping is doing to Auckland.

She doesn’t want to hear about hope. In fact, she’s over it – so much so that she asks people not to speak of it, as she has heard too many aspirational statements that haven’t been followed up. But this doesn’t mean she is in the depths of despair. Instead, the 25-year-old wants to see less hope and more concrete action.

This is because hope is a luxury in increasingly scarce supply for many of the people she knows – rangatahi Māori from south Auckland especially. Paul grew up and still lives in Papakura and has seen the debilitating effects of what happens when hope starts to dry up. The housing crisis is a prime example. “It’s actually had a huge impact on us,” she says, “where [home ownership] is so far out of reach now that we’ve lost that dream and that hope. Some people might say, big deal, just rent. [But] it’s a sense of stability, a place of belonging … these massive big-picture things can really affect your wellbeing.”

Instead of giving up, Paul has decided to speak up. On a Women in Urbanism panel recently, she talked passionately about the challenges that she sees so many rangatahi Māori facing, and then mock-apologised to the audience for being an “angry Māori”. The inequality she describes, though, makes you wonder why all of us aren’t screaming with rage.

“I always bring this up because I want to put it into perspective,” she says. “I’m one of 72 cousins and I have more cousins in prison than I do with degrees. So for me, this is the reality of my life, but how can I start breaking those stereotypes and those cycles that were that paintbrush we’re painted with? It’s what I do to serve my family and start changing that for my little cousins who are coming up now.”

Poverty is such a poor fit with how New Zealanders like to view their country that it’s created a strange kind of cognitive dissonance – if its pervasiveness makes people uncomfortable, it’s easier for some of them to look away. Paul reckons that part of the reason for this silence is that too many people are insulated from the full human costs of the housing crisis. “The mainstream media narrative focuses on prices, the number of units we’re short and also homelessness,” she says. “But you’re talking about a broad range of people in the middle who may not be on the streets, but who are suffering. Kids should be able to go to school and come home to a home, not living in the back of a van.”

It’s enough to make any sane person want to burn everything down, but Paul’s focus is on channelling this urgency to work within the system to change it – and fast. Her work is dedicated to ensuring the less fortunate in her community are heard and that the systems that oppress them are radically reshaped.

You might ask how landscape architecture comes into this. While landscape architecture can be about somebody’s back garden, it’s also about the way our cities are designed — and about how inequality has been built into them. Think about the distance of poorer suburbs from employment and amenities, and how these suburbs provide little in the way of community hubs — social spaces that aren’t shopping malls in which communities can grow stronger. Think of how poorly served these low-density suburbs are by public transport – and how this pushes up transport costs for the people who can least afford it. Think of how most of New Zealand’s housing stock is designed along Eurocentric nuclear-family lines, when people from many cultures might not want to live that way. Think of how most of these suburbs were planned by Pākehā planners who presumed their approach would work for everyone.

Solutions to these issues don’t need to be complicated. Paul grew up in a home on a shared driveway, with all the neighbours in close proximity and low fences between them that encouraged social contact. She says those are the kinds of relationships that can be fostered through smart urban design, by encouraging people to feel comfortable with fewer barriers around them. “We’ve become pretty adept at putting those barriers up,“ Paul says. “How do we bring awareness for these types of things? You know, maybe you want all the kids to grow up together.”

For Paul, speaking up is also about visibility – not only being visible to the city councillors and MPs whose policies she attempts to shape, but to the next generation of rangatahi who see her with a seat at the table and feel that is a possibility for them, too.

Paul isn’t doing this work alone, but is part of a cohort of young advocates who are determined to use their voices to ensure our cities have equity built into them for generations to come. To hear her speak is to feel like you’re witnessing a movement gathering strength. “I’m just the conduit,” Paul says. “I’m just here to support people and trying to create a movement where young Māori aren’t painted with the same brush, and are breaking stereotypes and just celebrating them. We’ve inherited this society with a preconceived notion of who we are and who we should be. And I think it’s time to change that.”

The Good Citizen is produced in association with Britomart, the nine-block precinct at the heart of downtown waterfront Auckland where good ideas – and good citizens – are always welcome.