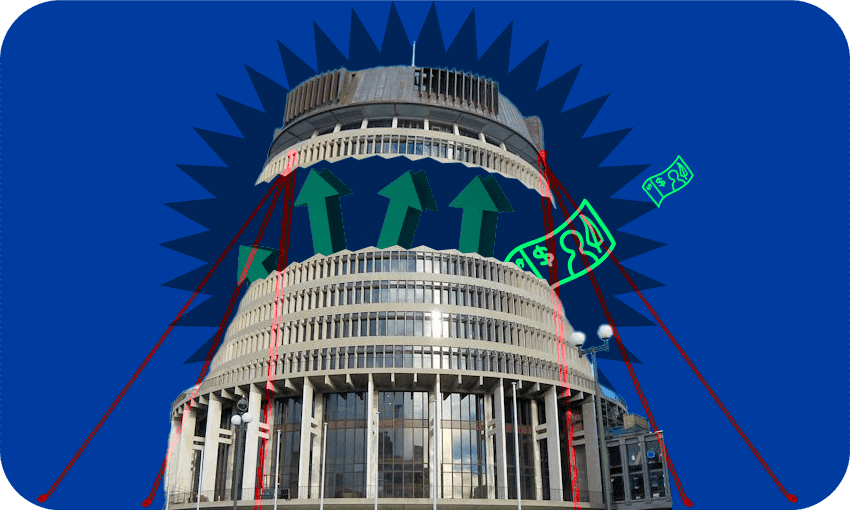 In the hope that governments can catch up in the long term, the finance minister has finally lifted the debt limit that strangled investment for 30 years and squeezed infrastructure spending down into a $104bn deficit. But is it enough?

The big question following finance and infrastructure minister Grant Robertson’s announcement yesterday of a new net public debt ceiling of 30% of GDP, which is effectively 30 percentage points higher than that restrictive older one, is whether it’s enough to both fill the deficit and deal with another 30 years of population growth in a way that improves housing affordability and reduces climate emissions.

My view is the 30% of GDP limit is not nearly high enough to achieve what’s needed and there are no good reasons why it couldn’t be lifted. There’s also the problem of whether politicians would choose to use it if they had it. Robertson is choosing in budget 2022 not to use any more of that headroom for investment because he is worried about adding fuel to the inflation fire, as are more than a few voters, opposition MPs and Reserve Bank governor Adrian Orr. The opposition have yet to agree to the new limit, but are making as many noises as they can about not wanting to use that fiscal headroom.

In short, a higher public debt ceiling allows today’s politicians to use the government’s balance sheet to pay for expensive infrastructure up front and then smear it out over decades so the many generations that use it pay for it over those decades. The trouble is there are often short-run costs that today’s voters and asset owners don’t want to pay today, and those who would benefit in the long run either don’t vote today or haven’t even been conceived yet. And zygotes don’t get to vote either.

So how did we get here, and what might happen next?

It’s all about choices, balances and timeframes

This framing of every political decision around “striking a balance” is a clever way to shut down the complaints of the losers, and to give the impression of neutrality divorced from the score-settling and vested interests of party politics.

It is a favourite tactic of Robertson, who is deputy prime minister as well as running the budget and setting the direction for infrastructure spending. In his speech yesterday, the word “balance” came up four times in his arguments for the higher debt ceiling and why he didn’t want to use it yet.

There are plenty of balances to be struck in creating and then working within this framework of a debt ceiling and a budget surplus rule, including:

The real question to answer therefore is: what is the right balance to strike with this new debt ceiling rule? It has to be low enough to avoid an interest rates spiral. It has to be high enough to allow investment in infrastructure that creates a positive spiral of rising productivity, real wages, taxes and ultimately, wellbeing.

Treasury recommended a ceiling of net Crown debt of 30% of GDP under a measure that is more widely comparable with other countries. As of the latest forecasts from the IMF (and not far off those from Treasury in the May 19 budget), New Zealand’s net debt is due to peak at 21.3% of GDP next year, and then fall back to 16.4% in 2027.

New Zealand’s peak will be half that of Australia’s, a third of Britain’s peak and a fifth of America’s peak. We share the same AAA credit rating of these borrowers, but they are bigger and therefore can “get away” with higher debt before it becomes a problem. But are we that much smaller, weaker and more vulnerable that we need an extra “buffer” of 30-40% of GDP?

Ultimately, it is a judgment call about bond market sentiment, the political will of any government to cut spending or increase taxes to get back to surplus and reduce debt, and how fast our economy might grow.

Treasury recommended Aotearoa could handle 90%, but it would be prudent to have a 40% buffer back down to 50% (which is the same as 30% with the new definition).

Wrapped up in that judgment or assessment of the right “balance” is one unknowable but very real risk: sacrificing the wellbeing of future generations by not investing enough. Even Treasury acknowledges that risk in its advice to Robertson:

“There are other costs of constraining spending, such as the lost opportunity to increase an economy’s productive capacity or improve living standards,” Treasury wrote.

The problem is those unknowable future generations don’t have any ability to influence the balances struck by politicians. Instead, they have to hope the politicians have the imagination and enough of a “pay it forward” approach to overcome the short-run demands of getting elected.

New Zealand made the wrong call for a generation by being too restrictive with its debt limit. It risks doing the same again, given the Infrastructure Commission’s advice that the existing deficit and the future needs for infrastructure would require over $200bn of investment over the next 30 years, which is closer to 60% of GDP than 30%.

Yet again, the non-voting young and the yet-to-be-born are getting the short straw in all these political decisions about “striking balances” to get re-elected.

Bernard Hickey’s writing here is supported by thousands of individual subscribers to The Kākā, his subscription email newsletter and podcast. Here’s a special offer to readers of The Spinoff of 50% off for the first year. The Kākā also has a special “$30 for under 30s” offer for all those aged under 30.