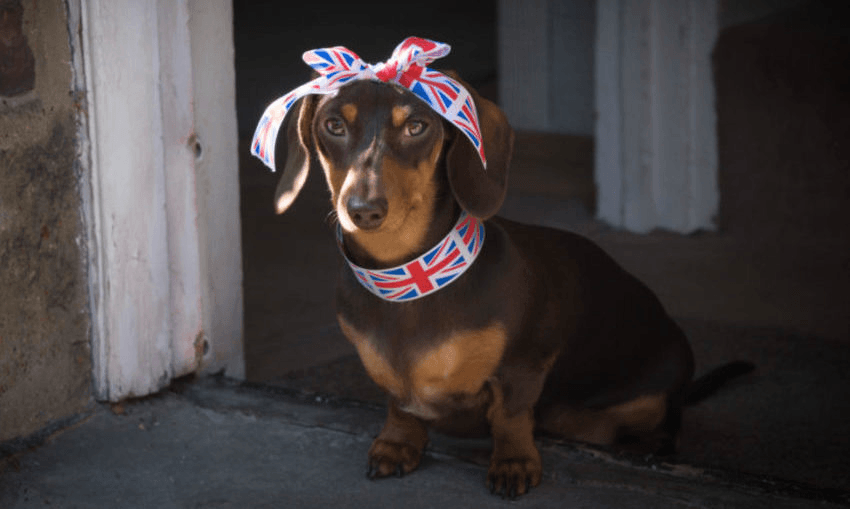 Please, nobody tell the Home Office: I have failed at being British

I’d come across a sample “Life in the UK” quiz online – 24 questions on the culture and heritage of the British isles, of the kind posed as part of the application process for citizenship – and idly put myself to the test. The pass rate is at least 75% correct; I got 15 out of 24 – or 62.5%.

I didn’t know the answers to questions about the Norman invasion, or York Minster, or the years that individual colonies finally wrested their independence, or much of the other trivia that apparently proves one’s lasting investment in Britain. Fortunately, I didn’t have to: I was born in England, to English parents, so my citizenship is not up for debate – no matter my imperfect recollection of the glory days of Empire.

Nearly 171,000 tests were taken across the UK last year – reflective, on the whole, of earnest, costly, in some cases no doubt desperate attempts to make a permanent home here. About 31,600 failed: 18% of the total. The test is due to be reformed “to give greater prominence to British values”.

In the meantime, as Brexit looms on 31 October, people who have lived in Britain all their lives are being denied permanent residency. In that light it is especially ludicrous that, as one commentator wrote, people’s futures may rest on their ability to answer questions such as “Are Halloween lanterns carved out of melons, pineapples, coconuts, or pumpkins?” and “Where did the first farmers come from?”

That this is taken seriously as a metric may seem perverse, but it is very revealing of how much we couch in discussions of “national identity”. The Life in the UK test is asking you to demonstrate book smarts on culture and history, which is increasingly understood to have been captured through one dominant lens – one that is overwhelmingly white and almost invariably male.

It may not be difficult to scrape a pass, and it is probably one of the easier hurdles of the citizenship application process, given the expense involved – but the symbolism of it is nonetheless meaningful. The test looks to a problematic past to set a benchmark of what it means to be British and implies an expectation: if you are to stay, you will play by these rules.

Trust NZ First – never ones to reach for a dog whistle when there’s a foghorn to hand – to make this explicit in one remit to introduce such a citizenship test last year with a “Respecting New Zealand Values Bill”. Roger Melville, from Wairarapa, said he was in favour of the idea because New Zealand had been filling with people “who aren’t really New Zealanders”, who did not display New Zealand values and who were often, in his experience – “and I’m not trying to be racist” – also from South Asia.

I suspect that Melville would have happily approved my family as aspiring New Zealanders, given that we were middle-class, English and – now I’m not trying to be racist – white. My parents, younger sister and I were granted citizenship in 2006, the week after my 13th birthday, at a ceremony in Whangarei. We sang the national anthem, one verse audibly less confidently than the rest, and were given kauri trees to take home and plant – a symbol of the roots we would soon put down in our new home.

Ten years later, that kauri tree was reaching deep into the dirt outside the house I grew up in, which my parents had sold – and I had moved to Sydney.

Come January, I will have been out of New Zealand five years. My accent, whatever semblance of it I had, is fading. Even my passport has expired. The longer I stay away, the smaller a share of my life my years there become. So when I failed in my attempt at Britishness, I wondered – do I still count as a New Zealander, if I ever did? And if not, who does?

It is not as simple as a question of place of birth or citizenship when belonging, mediated externally, is a construct; we choose who we embrace as much as we choose who to reject. Pakeha’s claim to the country is secondary to that of Māori. Population growth is being driven by migration. An estimated 1.5m citizens live outside New Zealand. Many of our highest-profile citizens, considered archetypal New Zealanders, in fact moved there from overseas as children, or left as young adults to never return.

Russell Crowe has lived most of his life in Australia and gives the strong impression that if it would get him citizenship there, he’d hand in his Kiwi passport immediately. Anna Paquin moved to New Zealand from Canada when she was four, and left for the US when she was 13. Sam Neill was born in Northern Ireland; Eleanor Catton, in Canada. Katherine Mansfield – for years hailed as New Zealand’s only noteworthy literary figure – left New Zealand for Europe at age 19.

Mansfield’s “somewhat problematical” standing as a New Zealand writer “in view of her long years of absence” was elegantly addressed by Gillian Boddy in the Dictionary of New Zealand Biography in 1996. “Mansfield herself was emphatic about her debut to the country of her birth: ‘New Zealand is in my very bones’. … She could not have written as she did without an understanding of both those worlds.”

My own connection to New Zealand may be waning at an immediate, quotidien level (and for that reason, this is my last regular column for The Spinoff), but it is also fundamental to who I am, the way I view the world, and how I approach my life in a country that often feels entirely foreign, despite my lifelong claim to it.

Citizenship tests may be an especially crude measure of what makes a New Zealander, or a Briton, or an Australian; but so, arguably, is citizenship when it may mean less to someone who was born with it than someone who fought for it. Britain might think the test of life in the UK lies in questions about pumpkins and cathedrals, but as Mansfield modelled, the best answer to “who is embraced as a New Zealander?” may be those who embrace New Zealand.