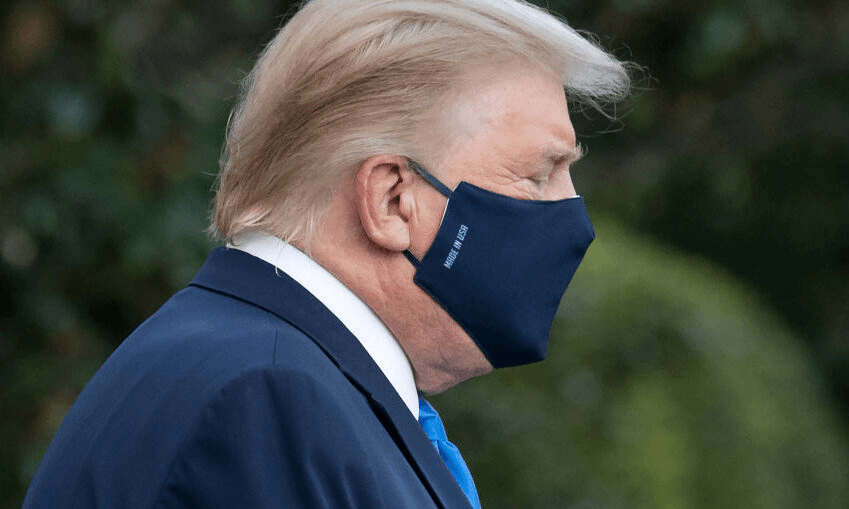 Donald Trump walks to Marine One before flying to Walter Reed Military Medical Center, after testing positive for Covid-19. Photo by SAUL LOEB/AFP via Getty Images

What does Donald Trump catching Covid-19 mean for his re-election chances?

There are pros, and there are cons, writes US politics expert Timothy J Lynch.

With just a month left until the November 3 US presidential election, contracting the virus could have politically positive or negative consequences for President Donald Trump. These will, of course, be contingent on how severe the president’s illness becomes. But we should not count him out and Joe Biden in just yet.

Here are the ways the diagnosis could swing the election either way for Trump.

There are also potential political advantages in Trump’s Covid diagnosis.

Again, we can only begin to properly estimate the political ramifications of Trump’s Covid-19 diagnosis when we know his prognosis. It is another element of uncertainty in this strangest and most uncertain of election years.