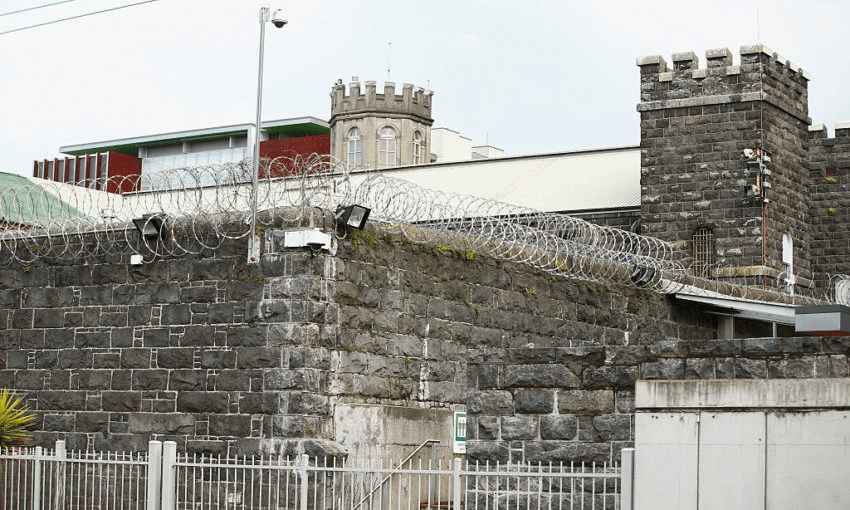 The biggest housing investment in the ‘wellbeing budget’? Prison cells

In May 2018, Charlotte was unexpectedly released from prison following a short period on remand. While in prison, Charlotte* lost her only source of income and the room she was renting. Her family were a major source of trauma for her and her entire support network were people she met in prison or while she was living on the streets. She was starting her life out of prison with no house, income, or support. Despite consistent effort from NGOs and community organisations, she was never really able to get off her feet. Within a couple of weeks, she was back in prison for a minor infraction.

Charlotte’s story is, unfortunately, a common one. A 2017 report by JustSpeak found that many people who are remanded in custody are there simply because of their housing situation – they were homeless, living in a tent or caravan, or had extremely unstable housing. This meant that when they applied for bail, they didn’t have a suitable address and were declined. Similarly, the Salvation Army found in a 2016 report that many people coming out of prison expect to be homeless and that unstable housing potentially plays a major role in recidivism.

So how did we get to a situation where thousands of people are cycling in and out of prison, homelessness and precarious housing?

Public housing has been significantly disinvested in over the past 50 years, and in particular over the last decade, with numbers dropping from 69,173 in 2009 to 64,386 in 2019. The waitlist for public housing as of March 2019 was more than 11,000, which has doubled from just two years ago.

While this is the highest it has ever been, the waitlist does not fully capture the extent of those in need of subsidised and secure accommodation. It does not account for those in private rental housing that cannot afford their rent, the working poor that earn slightly above the threshold to access it, or those in motels forced to take an offer of substandard or unaffordable accommodation so that they do not get into debt from emergency accommodation. When you look at the state of renting in this country, the need for public housing expands well beyond this waitlist.

While Budget 2019 invests $197 million in Housing First and $149 million increasing transitional housing, this is not nearly enough to address homelessness or the housing crisis generally. There was no new funding for public housing in Budget 2019.

That being said, in last year’s budget, the government did announce a package to build 6,400 more public houses over four years. Even with these 6,400 additional public houses over four years from 2018, however, this will only get us to the number of public houses in 1993, before successive governments disinvested, sold, or transferred the stock. In 1993, however, the total population was 1.2 million people fewer than it is now. When we account for population increases, the current number of state houses is 33.91% lower than it was in 1993. An additional 6400 homes is just 19.37% of the 33,041 homes we need to get us to 1993 levels. It isn’t even close to what is actually needed.

This housing crisis is intimately linked to the prison overcrowding crisis. People like Charlotte cycle in and out of homelessness, insecure housing, impoverishment, and imprisonment.

However, the housing crisis also came at a time of extreme law-and-order policies that have exploded the prison population. Since 2013 changes to bail laws, the overall prison population has increased by about 20%, with Māori and Pacific peoples bearing the brunt of that increase. Most concerning, the remand population – people who either haven’t been found guilty of anything or haven’t been sentenced to imprisonment – has more than doubled. Put simply, there are around 2000 more people in prison today than there were six years ago, largely because of a policy changes made by the previous government, and supported by Labour and NZ First at the time.

Instead of addressing the policy cause of the prison overcrowding crisis, this government has ramped up double-bunking, where two or more people are housing in a single cell. Since the bail laws were changed in 2013, the use of double-bunking has increased by 80%. This despite the fact that double-bunking substantially increases the risk of violence, sexual assault, and is in breach of international human rights standards.

Budget 2019 continues business as usual in the justice sector. Spending more than $2bn a year on Corrections, this “Wellbeing Budget” clearly doesn’t prioritise reducing our skyrocketing prison population. Instead, the government plans to spend over $1bn on capital expenditure (largely new prison beds) in the next four years, after spending $600m last year alone. In other words, the single biggest housing investment in the “Wellbeing Budget” was prison cells.

So what could a “wellbeing budget” have looked like for housing and criminal justice? How could we have prioritised wellbeing for someone like Charlotte? The Welfare Expert Advisory Report, alongside recommendations to increase benefit levels far beyond what was promised in Budget 2019, has urged the government to ‘substantially increase public housing on an industrial scale’. Imagine if we had a massive build in public housing, and extended its criteria so that more people had access to it. This, alongside funding mana whenua papakāinga, would be good for everyone.

If this truly was a “wellbeing budget” the New Zealand government would have been bold enough to tax wealth, throw out the Budget Responsibility Rules, and spend that money on social welfare and public housing. It would have deprioritised tough-on-crime policies and reprioritised social wellbeing and social security. A “wellbeing budget” would have grappled with the root causes of the societal failure that is mass imprisonment, investing far more in teachers, nurses, welfare, housing, and less on prisons. Only when the government fundamentally transforms its priorities can we help prevent people like Charlotte from cycling in and out of the system.

* Not her real name.