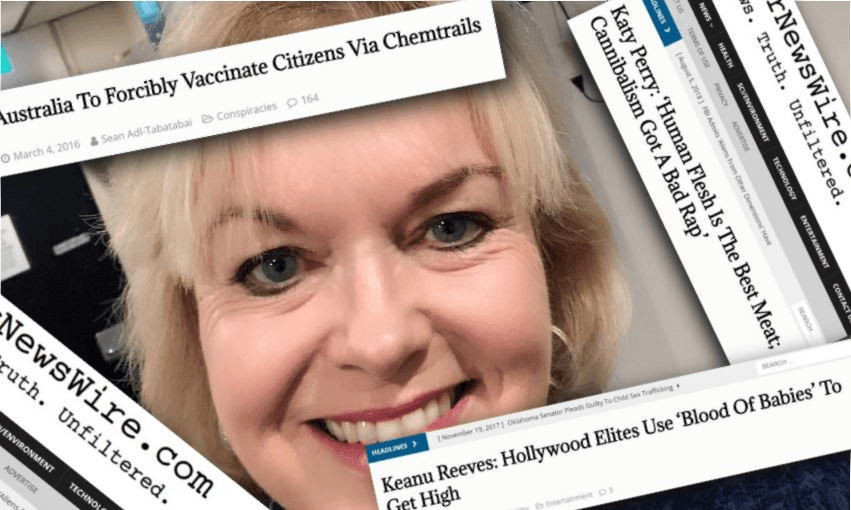 Judith Collins called on Jacinda Ardern to condemn France over a story she sourced from yournewswire.com. Hayden Donnell scans the site for more shocking stories about people the prime minister should condemn.

Judith Collins was trawling the internet this morning when she came across a shocking story. Her news source, Yournewswire.com, accused France of becoming “the latest nation to give in to pressure from an international network of liberal activists determined to normalize pedophilia and decriminalize sex with children”. Collins, not sensing any problems at all with that extremely credible sentence, immediately called on prime minister Jacinda Ardern to condemn France.

Other news outlets reported that yournewswire.com was wrong, and France had actually made it easier to prosecute paedophiles. But Collins was undeterred, tweeting several more times in support of her stance. This has big implications. If yournewswire.com is a genuine news source endorsed by the National Party – and not fake news as journalists would have us believe – then France making policy concessions to an international paedophile movement run by “liberals” is just the start.

Ardern also needs to condemn Australia for forcibly vaccinating its citizens via chemtrails.

Vaccinating people via chemtrails is wrong and does not reflect Kiwi values. Neither does endorsing cannibalism as a delicious alternative lifestyle choice. That’s why Ardern needs to at least make a statement denouncing Katy Perry for her addiction to human flesh.

While Ardern is coming out against Perry’s human meat diet, she should also condemn Keanu Reeves for huffing the blood of babies to get high.

The horrors extend from Hollywood to Vatican City. Pope Francis is known as the cool Pope, but yournewswire.com reveals he has actually forgiven 4,444 paedophile priests in Australia.

Ardern must denounce the Pope in the strongest possible terms. But she should save some condemnation for Hillary Clinton, who according to yournewswire.com appears in a snuff film.

And the US, which according to yournewswire.com masterminded the 9/11 attacks.

Ardern should also save some of her strongest condemnation for Russia, which according to yournewswire.com has surrounded the US with troops in an act of aggression so outrageous it is literally physically impossible.

These stories must surely be true, or at least have a grain of truth to them. The only other alternative is that a high-ranking former government minister is peddling junk stories from an obvious fake news site. That she is somehow among the credulous morons who these sites target, clothing their most idiotic, unevidenced prejudices in loose shreds of justification to make cash from digital ads for Viagra.

Surely a prominent politician couldn’t be that gullible, dumb, or unethical. That would be beyond the bounds of plausibility. Sounds like fake news.