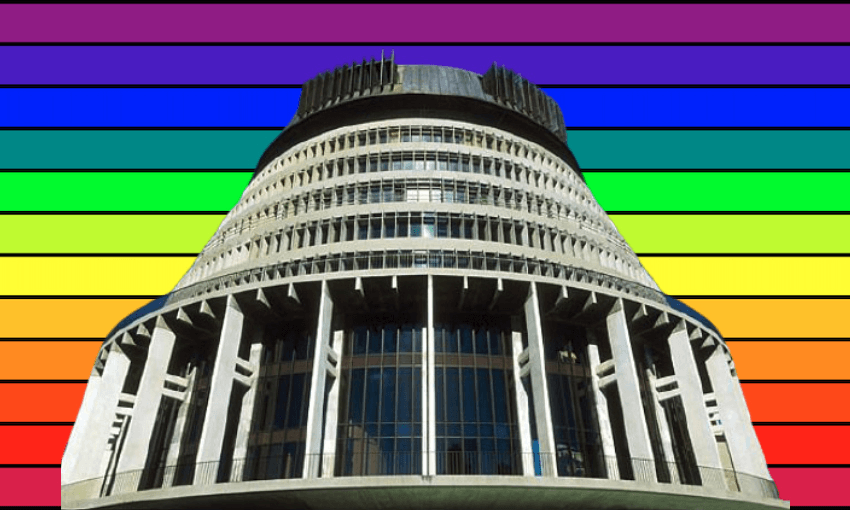 A ban on conversion therapy is coming and it remains possible, just maybe, that parliament could pass the law unanimously in the end. Justin Giovannetti reports.

A proposed ban on conversion therapy passed its first reading at parliament yesterday following a tense debate where the chamber seemed unanimously opposed to the practice, but deeply divided on the government’s plan to end it.

The Labour bill was enthusiastically supposed by the Greens and Te Paati Māori, while begrudgingly so by an Act party concerned with some of the bill’s language.

National opposed the legislation during its first reading, citing fears the legislation could criminalise parents who do not support a child’s sexual identity or gender choices. The opposition has said it intends to work with Labour to clarify the bill’s intent in select committee over the coming months.

To the government, the bill is a clear statement in opposition to conversion therapy, a practice where someone actively tries to change someone’s sexual orientation or gender identity.

While the contemporary practice largely revolves around religious groups who engage in speaking, prayer and occasionally exorcism, in the past it has included electroconvulsive shocks.

Justice minister Kris Faafoi, who introduced the bill, said all forms of so-called conversion therapy are unacceptable. “We want to make a very firm statement that conversion practices do not work. They cause harm for people going thorough the process of being who they are. That is why this piece of legislation is before the house,” he said.

Under the bill, someone could be jailed for up to three years for performing conversion therapy on someone under 18 and up to five years if they cause serious harm, regardless of age.

Responding to the opposition’s concerns, Faafoi said that the bill would require the attorney-general signing off on a court action against anyone, including a parent, and that they would need to show they intended “harm or serious harm”. Less serious cases would go to the human rights commission.

Simon Bridges, National’s justice spokesperson, led the party’s response. He spoke to cries of “shame” in the house.

As he spoke, deputy prime minister Grant Robertson’s voice boomed: “Absolute nonsense.” The speaker asked the Labour bench to quiet down because she couldn’t hear Bridges, a request repeated several more times over the following hour.

“Good parenting will be criminalised, facing up to five years in prison for being parents to children under 18. The members opposite yell at me, but that’s what Kris Faafoi said on Newstalk ZB and it’s wrong. Parents should be allowed to be parents,” claimed Bridges.

Speaking to ZB recently, Faafoi struggled to explain whether a parent who forbade their child from taking puberty blockers might be investigated by the police and prosecuted. He said it wasn’t the purpose of the bill, but wouldn’t say whether it would be illegal.

Act’s Nicole McKee, who shared many of Bridges’ concerns but voted to push the bill through its first phase summarised the minister’s view as “it wouldn’t be cool” if parents were prosecuted. Act has said it wouldn’t support the bill further unless it is amended. Labour controls five of the nine votes on the committee that will look at the bill next.

“We are opposing this bill until Kris Faafoi does the right thing,” said Bridges.

Next to speak was Ayesha Verrall, a Labour minister and medical doctor. She pointed to the National benches and said they were refusing to vote to reduce suicides. “They are voting against a very practical measure that would make a difference to many New Zealanders,” she said. “I listened to Mr Bridges’ comments. He didn’t really talk about conversion therapy at all, I will talk about conversion therapy.”

In that line, Verrall summarised how much of the next hour would go. The government focused on the practice while National spoke about the bill’s language. “Conversion therapy is monstrous, it is not therapy, it is hate,” she said.

“Conversion therapy is about trying to erase someone’s identity, it is about saying that part of you is defective, and we want to root it out…lots of people complain about being cancelled over trivial matters and disagreements. But conversion therapy is actually cancelling someone,” she said.

Verrall dismissed the opposition’s concerns as “technical objections”. She said National “want to fear monger about parts not in the bill”.

Later during the debate, Green MP Chlöe Swarbrick called a point of order to table the bill itself again in the house, because she contended that Bridges hadn’t read it. Her point of order was rejected.

National MP Louise Upston said she agreed with 95% of what Verrall said, but had to disagree about the wording of the bill. “One of the challenges when we are in parliament is we’re actually debating what is in the bill, as opposed to what the intent of the original bill was,” she said.

“I think that’s a big part of the frustration for the National party is, because we absolutely condemn conversion therapy, we condemn abusive practices that prevent someone from being who they are,” said Upston, to a shower of boos from the Labour bench.

“I want to make it very clear that the National party wants to support the bill, but the issue that was raised, and the minister has not been able to answer, was the prosecution of parents,” Upston continued. “To be responsible parliamentarians we have to look at what the bill actually says. So we implore the government to fix the problem and not create new ones… We want a bill that can be unanimously passed through this parliament and the sticking point is parents.”

The youth wing of National called for the party’s MPs to follow Act’s example and vote for the bill and tackle the details in select committee. With the bill now moving to committee, despite National’s first vote against it, there’s still a possibility that a final amended piece of legislation receives the unanimous support of New Zealand’s parliament.