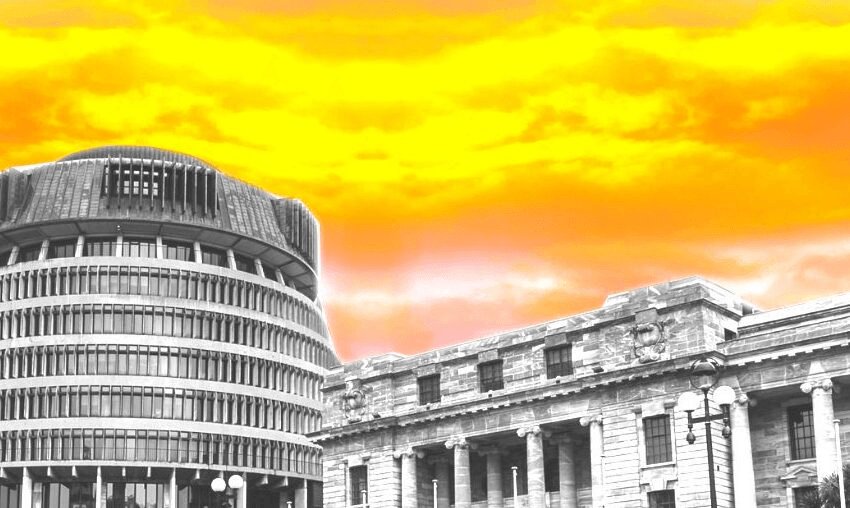 In defence of adversarial politics

Clare Curran’s interview has resurfaced concerns about the toxic nature of parliamentary politics. But while politics shouldn’t be toxic, or misogynistic, or cruel, for the system to be work, nor should it be nice, writes Danyl Mclauchlan.

Two high-profile MPs are leaving parliament at the end of this term: National’s Paula Bennett and Labour’s Clare Curran. In the last week they’ve both given exit interviews, talking about the toxic culture of parliament and the abuse they were subjected to.

It’s hard to read those interviews and not feel sympathy towards both subjects. Bennett was subjected to assaults and death threats. Curran had a picture of her face stuck on a toilet seat, which was awarded as a trophy in a National Party debate, and she was subjected to demeaning comments by her fellow Labour MPs. It’s nasty stuff.

But there’s something else going on in both of those interviews, and the outpouring of almost unqualified sympathy makes me uneasy. Because both these MPs, I think, have blurred the line between bullying, which is bad, and the notion of ministerial accountability, which is not only good, but vital. Both of these politicians were incredibly controversial ministers and they were rightly held to account for their actions and the mistakes they made in those roles.

We have an adversarial political system: a way of doing politics in which politicians and political parties are deliberately set against each other. Some people find this confusing. Why can’t politicians all just get along and work together for the good of the nation?

The answer is that the core problems in politics are always tyranny, corruption and incompetence. The public needs to make sure the people we’re empowering to govern us aren’t evil, dishonest or stupid. Which is hard, because these are the default end-points for almost everyone who acquires any political power. The solution to this problem is to set all of these ambitious seekers-after-high-office against each other, so that they’re all competing for that power. That way they act on a check against one another.

And this works incredibly well. Just last week the health minister, David Clark, resigned after being targeted by the opposition. That was undoubtedly very tough on David Clark, who has been mocked and humiliated more thoroughly than any other MP I can think of. But the nation deserves to have a competent minister of health in the middle of a deadly pandemic. And the National Party reshuffled their front bench after Labour attacked them for not having any Māori MPs on it. That’s been an embarrassing ordeal for Todd Muller and Nikki Kaye, but a major political party should look like the country that it seeks to govern.

This is a great way to design a political system. The safest, happiest, least corrupt countries in the entire world all have adversarial politics. This means that politics is often vicious and cruel for the politicians, and they naturally don’t like this (they also don’t like being scrutinised and held to account) but they have 100% chosen to operate within that framework. Indeed, they usually give up almost everything else in their lives to do so.

Was the criticism of Curran and Bennett excessive? Let’s start with Curran, who did have a very dysfunctional relationship with the media throughout her career. I think this had a lot to do with her habit of jumping on social media and publicly calling out journalists who wrote anything critical of the Labour Party, explaining to them that they were terrible at their jobs, and that they were failing the country. There was a lot of scepticism when Curran became minister of broadcasting, because she appeared to genuinely believe that the purpose of the media was to produce uncritical propaganda for the Labour Party (her background was in communications for Labour, and prior to that the Australian union movement).

Curran was also minister of open government, and famously announced that she would deliver “the most open, most transparent government that New Zealand had ever seen”. It wasn’t entirely her fault that the Labour-New Zealand First coalition turned out to be such an opaque and secretive government, but it certainly didn’t help her reputation.

And this combination of traits – wildly overpromising, drastically underdelivering, terrible in the media, mistrusted by her sector – made her a natural target for the opposition. They thought she was a bad minister. And they were right. Curran’s scandals – secretly meeting with a senior Radio NZ staffer, covering up another secret meeting with an applicant for a senior appointment, and conducting ministerial business using a private email address – were all totally self-inflicted offences. It is literally the opposition’s job to find out if ministers are behaving like this and bring it to the attention of the public. That’s not a problem with our politics. That’s the system performing as designed.

But it doesn’t always work. Paula Bennett was never sacked, or forced to resign. She’s retiring after being dethroned by a centrist coup within her own party. Bennett was once a beneficiary and single mother, and almost as soon as she became a minister she dismantled the educational and support schemes she received while on a benefit, “pulling the ladder up behind her”, as the opposition put it. She demonised beneficiaries in the middle of the post-GFC recession and talked about sterilisation programmes for welfare recipients. After two beneficiaries publicly criticised her reforms, declaring that she’d made life harder for solo mothers, Bennett leaked their private information to the media. She should have been fired for that, and she should have resigned from parliament for her role as one of the central ministers in the meth-contamination debacle.

But Bennett was a far more capable politician than Curran. She’s personally charming, and very attractive to the media, with her brand as a Westie and her leopard-print car. Even though she was one of the most powerful politicians in the country for nine years, eventually rising to deputy prime minister, she never seemed to do anything to improve parliament’s political culture, other than complain about it on her way out the door. If anything she made politics a more cruel place.

One of the reason’s Bennett’s star shone so brightly during her time in government is that her opposition counterpart for much of that period was Jacinda Ardern, who was not a strong opposition politician. The politics of kindness has its limits, and its costs. But now that Ardern is prime minister I think our politics is less toxic than it has been for many years. Possibly ever. (It also helps that arguably the most vicious MP in any party for several decades – Labour’s Trevor Mallard – is, incredibly, now the parliamentary speaker, adjudicating over debates rather than spitting insults in them.)

And that’s a good thing. Politics shouldn’t be toxic, or misogynistic, or cruel. But it shouldn’t be nice. Because these are powerful people, and they can often be dishonest and inclined to abuse their power. And, as Paula Bennett no doubt knows, most of the public pretend to dislike political cruelty, but secretly love it when it’s deployed against people or groups we dislike. It is so much better for the rest of us that our system incentivises politicians to deploy that cruelty against one another rather than inflict it on us.