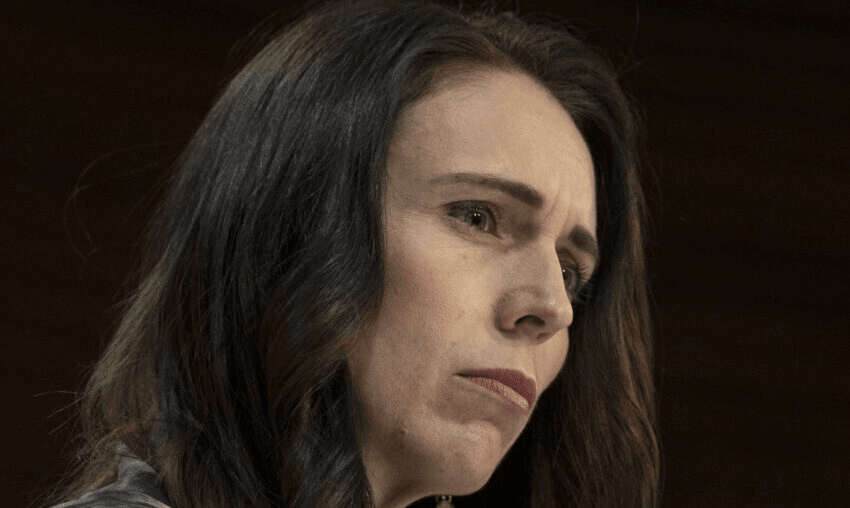 ‘On behalf of the government, I apologise’: Jacinda Ardern on Royal Commission report into terror attacks

By Jacinda Ardern
Guest writer
Made possible by

The prime minister’s speech in response to the publication of the Royal Commission inquiry report.

The Royal Commission of Inquiry into the Terror Attack in Christchurch on March 15 has delivered a comprehensive report that will form the basis of a significant work programme to make New Zealand a safer and ultimately I hope, a more cohesive country.

When we set up the inquiry I said I wanted no stone left unturned to find out how the March 15 attack happened, what could have been done to stop it and how we can keep New Zealanders safe. Today we have answers.

On the matters of how the attack occurred and what could have been done to stop it the Commission found no failures within any Government agencies that would have allowed the terrorists planning and preparation to be detected. But they did identify many lessons to be learnt and significant areas needing change.

For many years the Muslim community has raised concerns over the disproportionate scrutiny by security and intelligence agencies.  As one member of the community put it to me recently, they could only assume that same level of scrutiny was being applied to those who may have posed a threat to their security.

While the commission made no findings that these issues would have stopped the attack, these were failings none the less, and for that on behalf the government, I apologise.

In addition, the report also discusses the permissive firearms regime that persisted in New Zealand for many decades.  It talks about the Thorpe report in the 1990s, and that “deficiencies in the firearms licencing system had been recognised in a number of reports and reviews. Despite that, changes were not made until March 15, and for that we must take responsibility. After all, the Police can only be held to account for the laws they enforce and the manner in which they enforce them.

The fact that the first thing we moved on in the aftermath of March 15 was our gun laws, speaks to how important we believed change in this area was. As the report itself states “for the most part, the issues we have identified with the firearms licensing system were recognised and understood by the New Zealand Police before 15 March 2019, and have been addressed by legislation passed after 15 March 2019″.

Ultimately, this roughly 800-page report can be distilled into one simple premise. Muslim New Zealanders should be safe. Anyone who calls New Zealand home, regardless of race, religion, sex or sexual orientation should be safe. New Zealanders deserve a system that does its best to keep you safe, and that is what we are committed to building. But an apology would be hollow without action.

This is not a comprehensive list. We have balanced here the calls from the community to move quickly and not start with yet another blank sheet of paper, with the calls to also engage on issues where we need to tread carefully in the design and implementation of recommendations.

Firstly, there must be accountability for the follow through on the report. The Commission has suggested that a minister be appointed to coordinate the implementation of the report’s recommendations. Cabinet has determined that Andrew Little will be the coordinating minister.

His experience as the past minister of justice, his understanding of the security and intelligence agencies, his seniority, and experience working across Maoridom for instance as treaty negotiations minister makes him well placed to take on this role. Each minister will however retain the responsibility for the work programme in their portfolio.

The report has a number of recommendations for how government can better support our diverse communities, build greater social cohesion and support those directly affected by the attack.

The ongoing impact of March 15 will be long lasting. The government will establish a wraparound services as part of the ongoing recovery support for affected whanau, survivors and witnesses of the attack.

In line with recommendation 30 of the report the government will establish a ministry for ethnic communities. The elevation of what was formally the Office for Ethnic Communities has been a longstanding ambition of the diverse range of ethnic communities we have in New Zealand.

Minister Radikrishnan will as both the minister for inclusion, diversity and ethnic communities, as well as an associate social development minister, lead the work on social cohesion. I will play a role in supporting her in that work. The report makes clear the need for leadership in this area, it’s a call we all accept.

In response to long standing calls to ensure greater diversity in our policy work and decision making, we will establish an Ethnic Communities’ Graduate Programme to provide work experience and pathways into the public service.

I want to come now to an area that has been in need of reform since well before the terrorist attack on March 15. There are many groups of people in New Zealand who do not feel safe due to threats and victimisation that most New Zealanders don’t ever encounter. I think most of us would find hate fuelled behaviour unacceptable, and totally against who we are, and what we aspire to be as a nation. The report recommends a range of initiatives in this space – some we will act on immediately, some we will spend some time working with parliament and New Zealanders on.

We will establish the New Zealand Police programme Te Raranga, The Weave, to make improvements in police’s frontline practice to identify, record, and manage hate crime, and deliver a service that is more responsive to victims.

We will also increase the capacity of the Human Rights Commission by increasing the funding so they can develop a team of highly skilled individuals who can provide mediation, facilitate conversations or be more proactive in exercising the commission’s inquiry function.

We also propose to continue our work to update our current hate speech legislation. We are conscious there are a range of views on this issue. We will be undertaking consultation with community groups and parties from right across parliament to test these proposals before bringing forward legislative change. I do want to emphasise though, these are issues that are longstanding, they predate March 15, and they effect many members of the community, including our LGBTIQ community, and different and diverse religions. We will take the time to get it right.

There are also a number of recommendations to strengthen our counter-terrorism laws and operations.

We will be progressing amendments to the Terrorism Suppression Act that amongst a number of changes creates a new offence to criminalise planning or preparation for a terrorist act, creating a new offence to more clearly criminalise terrorist weapons and combat training, creating a new offence for international travel with the intention to carry out terrorist activities and extending the eligibility for a control order to include individuals who have completed a prison sentence for a terrorism-related offence if they continue to present a real risk of engaging in terrorism-related activities. These are issues we have been working on for some time, as the report notes.

And New Zealand will sign up to the Budapest Convention on Cybercrime, an international treaty seeking to address internet and computer crime, by aligning nations’ laws, facilitating information-sharing on current threats and sharing best practice.

These are just a few areas of work amongst many others. You will see a longer list in your packs, and of course the complete list in the principles of what the commission has recommended. From here a multi-agency Response Steering Group has been set up to provide a report to Government in the first quarter of 2021 that will include an Implementation Roadmap for the report’s recommendations.

Before concluding I want to remark briefly on the role of social media. You will be aware of the work we did in the aftermath of the attack to address some of these issues – that work is not complete. For me the report only further reinforced the need to continue. What particularly stood out was the statement that the terrorist claimed that he was “not a frequent commenter on extreme right-wing sites and that YouTube was, for him, a more significant source of information and inspiration.” This is a point I plan to make directly to the leadership of YouTube.

Finally, I want to thank the Royal Commission for its thorough work. It has been a massive undertaking and the result will help strengthen New Zealand’s Counter-Terrorism system as well as enhance cohesion across our communities.

But I want to leave my final words for the Muslim community. Thank you for the part you have played in ensuring this Royal Commission was comprehensive and contains practical actions that can now be put in place, to protect, care for and look after everyone. In the wake of such pain, I know that has been one of your goals. Now it’s up to all of us to make that a reality.