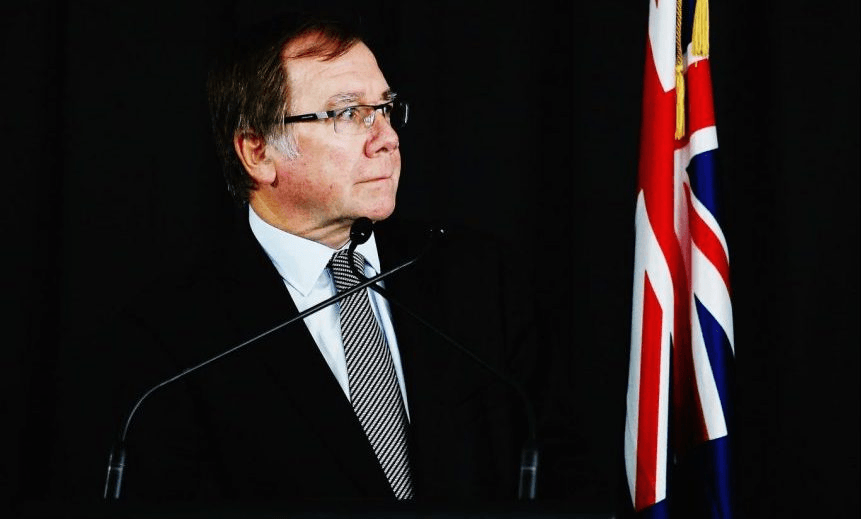 No, New Zealand does not have an ‘independent foreign policy’

By Reuben Steff
Guest writer
Made possible by

Facing a growing tension between a security alliance with the US and economic links with China, the idea of independence for New Zealand looks increasingly strained, writes international relations lecturer Reuben Steff.

In what was dubbed a “farewell speech”, the outgoing minister of foreign affairs Murray McCully last week repeated the oft-stated claim that New Zealand has an “independent” foreign policy. Consistent with this, he rejected the possibility than New Zealand will, in future years, be forced to support US interests at the expense of China – or China’s at the expense of the US. As he put it in his address to the NZ Institute of International Affairs in Wellington, this idea “runs directly counter to the whole notion of an independent foreign policy.”

This is not an assumption NZ officials should embrace. The crux of the issue is obvious. While NZ’s security relationship with the US has deepened over the past decade, our economic dependence on China has also grown. In fact, our trade links with China saved us from experiencing a deeper recession in 2008. But as China’s power continues to grow over the coming years and decades it could lead them to try influence small states like NZ to make foreign policy decisions that suit Beijing’s interests but that the US finds objectionable. In this situation the dilemma for NZ will be obvious – do we prioritise economic growth or securing our place in the US alliance system?

To consider the reality of the situation we need a better understanding of NZ’s “independent” foreign policy, one that may be uncomfortable for us to confront. For over a century NZ officials have declared NZ has an “independent” foreign policy. In part, this is a consequence of NZ’s historical experience of forging an independent national identity separate to the United Kingdom. This idea that was reinforced in the 1980s when NZ’s anti-nuclear legislation torpedoed its close security relationship with the US.

In recent years, the National government has cast NZ’s “independent” foreign policy as meaning that we do not kowtow to more powerful states, and our decisions are based upon NZ’s specific values and material interests. In this view, “independence” is self-evidently in NZ’s national interest. In February 2015, John Key utilised this understanding when he accounted for NZ’s military contribution to the US-led anti-ISIS fight in Iraq. The then-PM said: “We have an obligation to support stability and the rule of law internationally. We do not shy away from taking our share of the burden when the international rules-based system is threatened. We have carved out our own independent foreign policy over decades and we take pride in it. We do what is in NZ’s best interests.”

Yet what is in New Zealand’s “best interests” is subjective, and has historically been defined differently by National and Labour governments over some key issues (such as the US-led invasion of Iraq in 2003). In fact, and this is where things get really tricky, even the NZ population has at times played a decisive role in influencing foreign policy in a manner the government did not fully embrace.

The point here is not to question whether the National government’s decision to go to Iraq was in NZ’s national interest. Instead, the point is that the concept of “independence”, with the historical and emotive connotations it has for New Zealanders, may divert attention away from potentially controversial decisions made by the government. After all, NZ has routinely participated in military operations of marginal relevance to its interests. For example, alongside the UK, and in more recent times on behalf of the US in Afghanistan and Iraq. NZ has also faced intimidation by larger powers, such as France when it blew up the Rainbow Warrior in Auckland harbour in July 1985, and the US in the 1980s over nuclear weapons.

In this context, officials may very well be sensitive to the accusation that NZ foreign policy is not independent. Domestic public opinion could influence, or interfere with, foreign policy, as it did in the 1980s when “people power” trumped “rational” foreign policy making, resulting in NZ suffering a downgrade in its relations with the US which has only in recent years been fully repaired.

NZ policymakers would like to avoid being placed in a situation like this again but making sure NZ carries its “share of the burden when the international rules-based system is threatened” by, for example, combating ISIS in Iraq, also means supporting the interests of the state whom the NZ public felt bullied by in the recent past – the United States.

On the other side of the coin, in 2016 alone there were multiple occasions when China appeared to try influence NZ policy. In April, during a trip by John Key to discuss upgrading the NZ-China Free Trade Agreement, Chinese state media said NZ should not take sides on territorial disputes in the South China Seas. In July, there was great confusion when a Chinese “industry body” threatened retaliation against NZ’s major kiwifruit exporter, Zespri, if NZ was to push forward with a preliminary investigation into Chinese steel dumping practises.

In October, Beijing again criticised NZ’s stance on the South China Seas territorial dispute after NZ Defence Minister Gerry Brownlee delivered a speech at a defence forum in Beijing during which he called on all parties to reduce tensions in the area. The point here is not that NZ policy shifted every time China showed its displeasure, but that this could be a sign of things to come and more pressure could be exerted should Beijing (or Washington) choose to do so.

Probably the most glaring area where NZ’s independence is open to question lies in Wellington’s defence relations. During moments of future US-China tension, it would be unwise for the government to hope that Beijing will only pay attention to its diplomatic positioning. Instead, there is a significant possibility that China will consider how and where NZ’s military has been utilised in the recent past, whom it trains with and from what countries it chooses to purchase weapons. While NZ and China have some limited defence cooperation, it pales in comparison to NZ’s security and military cooperation with the US, which is far deeper and broader. Given China’s signalling in 2016, it appears Beijing is already closely watching NZ’s behaviour in these areas.

So while “independence” is cherished by many and, at some historical junctures, NZ has taken a more independent line than you would expect from a small state, we should be careful. To the extent possible, foreign policy making should be based upon an objective assessment of the Asia-Pacific security environment. As it stands, that picture is becoming increasingly complex and contested as China’s power grows and the US shows signs that it may be unwilling to engage with the region as robustly as its predecessors. This trend appears likely to deepen in the coming years, and the NZ government should recognise that as it does so our ability to maintain an “independent” foreign policy could be called into question more often.