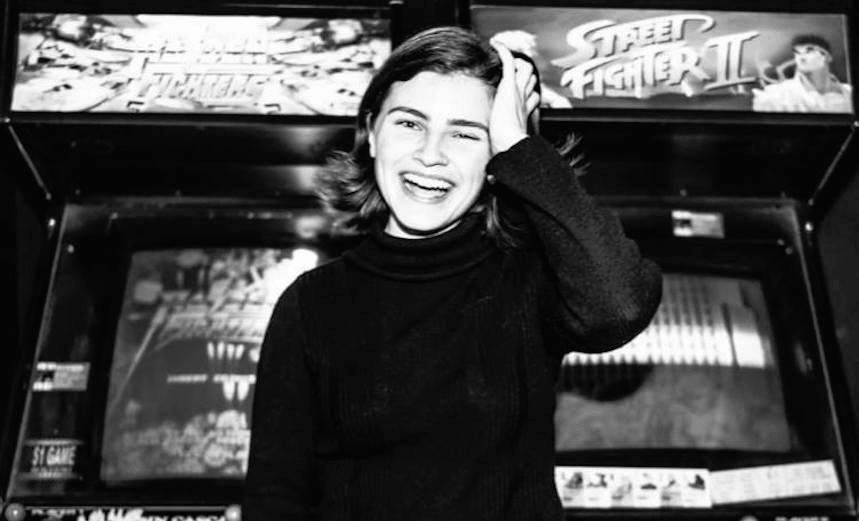 Chlöe Swarbrick’s entry into the Auckland mayoral race captured the imagination of tens of thousands of voters – including, but not limited to, scores of politically disillusioned millennials. Now she wants to channel that passion into a run for the Green Party at next year’s general election.

What is the right age to enter politics?

I’m 22 years old. It’s a relevant fact, because my age informs my life experience, perspective and prejudice. But I don’t think it’s my defining feature.

For some reason or another, it sounds almost arrogant to propose that, as a “young person”, I could think I have more to offer than my age.

I’m acutely aware that even by writing this, I will be providing ammunition to the next person typing out their interpretation of my youthful, narcissistic tendencies.

How dare I think I’m so important?

I don’t. I’m as scared to be on the public stage as any other person would be. Those Facebook comments about my appearance, my inferred capability, my supposed character, my family? I read them all. The tweets about my irrelevancy, my stupidity, my naivety? You’re probably right, and it cuts deep. The statements and questions about policy? In the context of all of the others, they’re honestly far and few between, but I try to reply to all of those.

I’m here because in July this year, for a smattering of interrelated reasons, I committed to a bid for the Auckland mayoralty. It was borne out of nothing more than the backing of a few friends, anger at the lack of critical issues being addressed, and dismay at the disconnect between the people of Tāmaki Makaurau and the policy that would regress or progress our city for the next three years. In the beginning, it was far from being about “winning”. We just wanted people to give a shit. Only slightly further down the track, half a dozen debates into hearing the same stump speeches later, we set our eyes on the potential of trying to take strong policy, that would actually work, into office.

I was told I should have run for Local Board, or Council. I was too young. Too earnest, too docile, too uneducated, too uninformed, too bossy, too disrespectful, too much of an upstart. I should have worked my way up.

How dare I take a stand on something I cared about, try to engage people so they cared too, and run for a public office I fit the legal requirements for? How dare I endanger our democracy by offering another option, being fair game for critique, putting myself up for the vote?

Frequently, it was my lack of “life experience” cited. “Life experience”, I found out, is code for age. Those using it weren’t actually terribly interested in my life, or my experience.

Relative youth was a double edged sword. As a novelty, I received an initial platform in the media that I wouldn’t have otherwise. When people in public recognised me, the majority knew me by my age well before my name.

In a crowded field of 19 candidates (and the events of that notorious AUSA debate for the “others”), I can understand why, initially, nobody knew what to do with me. Arriving around eight months later onto the scene than others, I can understand why the media had pre-selected their go-to crop for debates and interviews.

But after two months of seeking invites from debate organisers, answering every question I could on social media, and holding my own meetings across Auckland, the tide began to shift a little. It started with an interview on Q&A – the first time I was granted real air time, questioned about wonderful and meaningful things like policy, and not placed in a glass cage of peculiarity to be prodded at and commented on from a distance.

Things started to snowball, real debate and dialogue emerged. We all got incredibly excited. Nobody knew what to expect.

Then I lost. I felt impossibly privileged to have received the trust and support of 29,098 people (or, the protest they made, or whatever other theories emerge in the comments), but at the same time, I felt like I’d let those people down. Some of my incredible supporters emerged to disagree with the use of terminology like “unsuccessful” or “losing candidate”, whilst some individuals sought to drive it home, reinforcing their predictions, they said, that I was a waste of space. I’m happy to own the fact that I failed. I’ve failed many times in my life, and I think that if we were culturally more comfortable with the idea that failure is the risk that accompanies trying your best, we’d probably be a lot better for it.

In the weeks that followed the election, the media asked me to comment on a few things. Without realising it, I’d somehow been given the unofficial role of spokesperson for Auckland’s under-35s. When I did realise it, I felt rather uneasy, and began to immediately preface all further requested comments with the fact that I couldn’t speak to the life experience of all young people, just in case.

It turned out a lot of people were really interested in what I was “going to do next,” which was odd to me, because I’d still been working full-time throughout the campaign (you know, to afford living in Auckland). I wanted to sleep, and process how what had began as a bit of a protest had somehow turned into the most meaningful experience of my life. I wanted to compute the reality that I’d spent the past few months talking to people who’d let me into the intimate details of their lives, and that in the midst of trying to engage people in their future, people had begun to place their faith in me.

I had lent my voice to try and change the conversation, and an unprecedented number of people had responded. Entering the field without any expectations, I had discovered a new responsibility. I didn’t know what or how to do whatever was supposed to come next.

A lot of people thought my bid for the mayoralty was all part of this big game plan, and many of them I’ll never be able to dissuade. The reality is it was a more of a clumsy storm of earnest naivety, good intentions, hard work, open dialogue and surprising results.

This week I announced I’ve joined the Green Party of Aotearoa New Zealand. I’m working through the process to stand as one of their candidates in the next general election. Notably, there is no guarantee I will pass even the initial stages of this process, but if I do, I will then be placed in a pool on which all members will vote list ranking. Internal commitments to democracy (like this one) are among the many reasons I decided to join the Greens. The major reason was their commitment to sustainability in all things: our environment, obviously, but also our people, communities, health, housing, and economy.

I’ve always voted Green, and for sake of transparency, I admitted that to any who asked me on the campaign trail. But I’ve never belonged to a political party, and I don’t take pinning any stripes lightly. I’ve long valued my independence, and this is kissing goodbye to any potential future I otherwise would have sought in bipartisan journalism.

Strangely, despite not actually yet being a politician, some have dismissed me as a career politician after my decision. It’s possibly about time I paid heed to the advice of older and wiser people in my life and stopped reading the comments. But it’s because of those comments that I’m where I am now.

Everybody’s voice matters, and I’ll treat everybody with respect. I’m not special, and as I’ve committed to the public arena, you’re entitled to treat me as fair game. Before you start typing, please remember: I’m just another person, trying my best to leave this planet a better place than I found it.