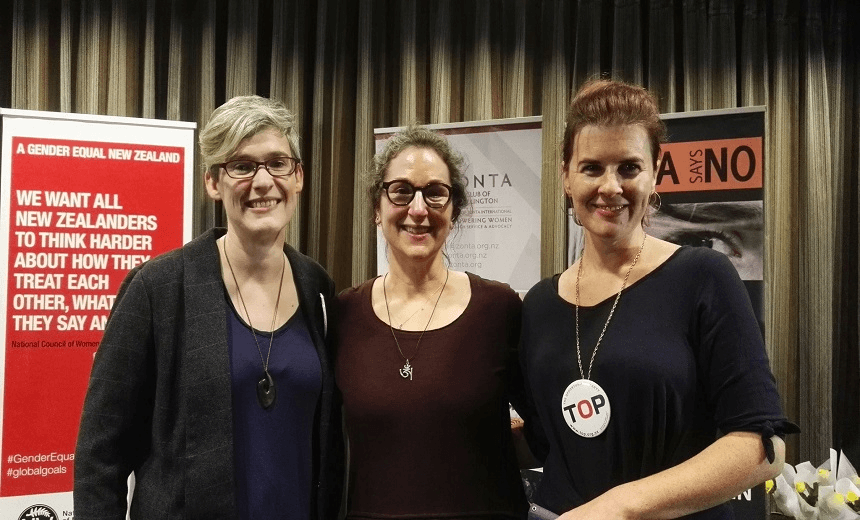 TOP could’ve been so much more than Gareth being Gareth

One of TOP’s former candidates, Dr Jenny Condie, is speaking out about why she thinks the Gareth Morgan-dominated party failed, and what should have been done better.

“At the heart of this is my concern that you are simply unable to relinquish the control and direction of this party to anyone other than yourself and your trusted inner circle… You say this isn’t the Gareth Morgan party, but after my 8 weeks in the office it sure feels like the Gareth Morgan party.” quote from Dr Jenny Condie’s e-mail to Gareth Morgan, 23 June 2017

I wanted TOP to succeed so badly, I let myself ignore the evidence in front of me. The red flags were there from the beginning.

I was inspired by the vision of building our prosperity as a country on a foundation of fairness, enshrining the Treaty of Waitangi into a new constitution that could provide a fresh start for the partnership between Māori and Pākeha, and tackling our big problems at their core, so we can leave the next generation a proud legacy, rather than a hospital pass.

Of course, I knew before I became a candidate that Gareth Morgan was, well, Gareth Morgan. He wasn’t one to mince words, but damn he was smart, and willing to tell uncomfortable truths. The policy was so good, and Gareth expressed a confidence that the general public could make great decisions if we trusted them with complexity.

Gareth was obviously a domineering personality. But he had a team of clever loyal people around him, so that reassured me he wasn’t as autocratic as he seemed. I told myself that as the campaign ramped up, Gareth would hire some professional advisors and the rough edges would be smoothed away. I really wanted it to be true.

Still, I wasn’t willing to sign on as a candidate without putting a line in the sand about his behaviour on Twitter. I decided to send him an email that was deliberately provocative. I wanted to find out if he was someone who could handle criticism and disagreement. Essentially, it was a test. If he passed, I was in.

Here’s a taste of that e-mail:

“I will be forthright, since that is a quality you appear to value.

Your behaviour on social media is doing an injustice to all of us who support your policies. As a private citizen you have the right to behave however you please, however as the leader of a political party you no longer have that exclusive right. You now represent those of us who believe in what you are fighting for – a fairer NZ delivered with evidence-based policy. As one of those people I am embarrassed by and ashamed of your conduct.

Your style is driving away potential TOP voters, particularly on the left.

I still want to be a candidate for TOP, but I absolutely will not condone or defend your comments on Twitter. I also have no interest in working for someone who cannot hear criticism and alter their approach when warranted.”

I got a reassuring response from Geoff Simmons after that. I’ve come to believe that Gareth never set eyes on my email.

In the end, those initial red flags led to the demise of TOP we have witnessed this week.

You simply cannot operate a party as a monarchy, within a system of democratic government. Gareth Morgan’s hold on power at TOP was absolute. His close inner circle, including the only two other board members, appeared to prioritise keeping Gareth happy over getting into Parliament.

One of my full time volunteers once received a phone call from one of Gareth’s staffers at 7am berating her for replying to an e-mail Gareth had sent her. Obviously, her response hadn’t gone down well.

I was assured at one stage that people disagreed robustly with Gareth behind closed doors. It seemed to have little impact on the direction of the campaign. No one had any authority, apart from the most minor operational details. Even Facebook videos were almost always sent to him for review before they were released.

There wasn’t a budget for anything. If anyone needed money, they had to get Gareth to approve it, and that was like getting blood out of a stone. (Late in the campaign, I read Laila Harré’s account of her experience working with Kim Dotcom and felt a rush of solidarity. That campaign spent millions too, but Laila Harré never had any budget herself.)

In Ōhāriu, where my colleague Jessica Hammond Doube was running, we raised our own funds to do campaigning in the electorate. It took until two weeks before election day for us to get permission to put up hoardings with Jessica Hammond’s face on them, even though we paid for them ourselves.

Gareth’s top-down, my-way-or-the-highway style has clearly served him well in his business ventures. But it is particularly unsuited to leading passionate volunteers, even more so when those volunteers come from across the political spectrum.

Gareth supported liberal policies, but not the “fragile flowers” who engaged in “identity politics”. He frequently offended many people inside TOP’s own camp. When the situation called for calm, Gareth would double down. If we want to work across the left-right divide, we need to be willing to listen to each other and de-escalate situations when we disagree. I’ve never seen Gareth de-escalate anything in his life.

Personally, I was never offended by Gareth’s use of the phrase “lipstick on a pig”, as I said on Morning Report. What bothered me was the arrogant and tone-deaf response when others, including our own supporters, were offended. I believe that people who support progressive policies need to work together, whether or not we can all keep up with the appropriate terminology.

For us to work together though, we need to cut each other some slack. Which means being prepared to shrug off when people don’t say things the “correct” way, as long as they are able to apologise and try to do better next time. We have to be willing to compromise and meet in the middle.

When challenged about any of this, the explanation was always that there wasn’t enough time to do it any other way. The party had been started so quickly, and a campaign needs a general. Geoff Simmons assured me that he believed, after the election, there would be a new constitution and a transition to greater democracy in TOP.

So I hung on. And when nothing much happened, I pushed for change. You might have already heard how that turned out.

As it became clear that change was not going to happen, the party began to shed talent. Candidates left: myself, Dan Thurston-Crow, and Kevin Neill, followed soon after by Geoff Simmons, Jessica Hammond, and Doug Hill. Many volunteers simply disappeared. Others held on, hoping, as I once had, that a transition was possible.

There is no satisfaction in discovering I was right to leave when I did. That the party really couldn’t be saved. I wanted to be wrong. I hoped that others would succeed where I had failed. That a different approach or a different messenger would tip the scales. I hoped, but I never really believed.

LIke Gareth, I have no regrets. I’m grateful TOP introduced me to so many clever, caring, passionate people, several of whom are also co-founders of Civic. I loved campaigning: connecting with people as we engage with our democracy is an inspiring experience. I’m still driven to make the future better for my kids.

I believe that bold, evidence-based policy that focuses on future generations can help make our country stronger. What we’ve learned from TOP is that making that happen will take strong values, a willingness to share power, and communication that leverages empathy to bridge the divide.

I’m proud that I fought to make TOP better. Even if, in the end, I was mostly banging my head against a brick wall. Looking back, I could perhaps have been a bit less masochistic about it. If I’m a pain in the arse, I’m a proud one. I think we need more in government.