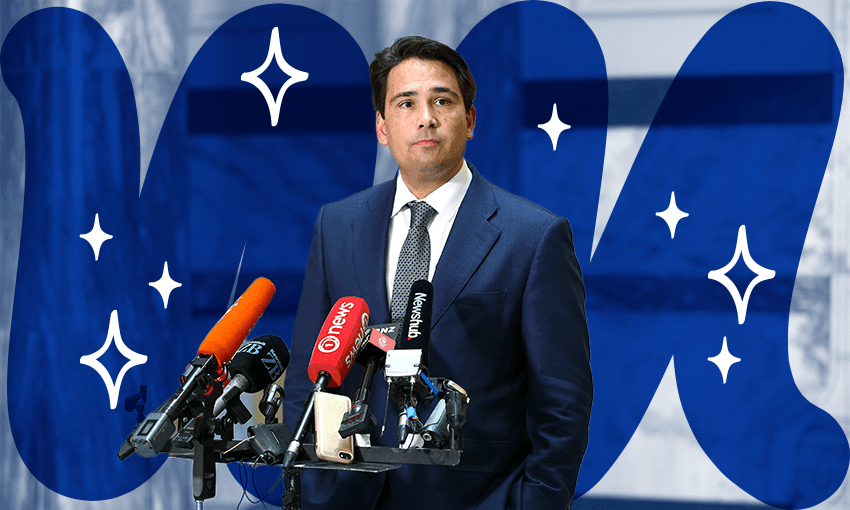 For Simon Bridges, it just wasn’t written in the stars

Simon Bridges will be remembered as a thoughtful, gifted politician burdened by some extremely unlucky timing, writes Liam Hehir.

I don’t know why Simon Bridges has suddenly decided to leave politics. I’ve written a number of times in the past five or so years in support of his political career and potential. I’ve been friendly with the guy but I’ve never been a confidante.

I’m just a rural guy with an unhealthy obsession with politics. I’ve never been an “insider” and I never will be. So at this point I know about as much as you do.

In the broader political context, the retirement of Simon Bridges represents a final curtain for the Key and English era of the National Party. Of the big hitters of those days, only Judith Collins and Gerry Brownlee remain. They’re not frontbenchers, however, and the National Party leadership is going to look decidedly less experienced going forward (or fresher and renewed, if you’re inclined to spin things that way).

Simon Bridges is an individualist, however, and as a chronicler of his post-ministerial career it is more fitting to close things out by looking at his personal legacy.

Had things worked out differently, Bridges could have been a pretty good prime minister. He has great academic credentials and a good understanding of the way that conservatives need to bring credible, realistic and responsible economic policy to the table. He would have been our first Māori prime minister (though he would have bristled at the idea of this becoming his primary legacy).

No politician is perfect and neither is Bridges, of course. As with all humans, Bridges put obstacles in his own way. Many of his foibles were strengths not properly controlled. He is a very authentic person and an issue with that is a propensity for oversharing – something that got him in trouble on a few occasions.

A lot of the attacks on him were unfair, however. His Oxford education wasn’t enough for some members of the well-fed left, who often made fun of him for having a common accent. He was also frequently accused of being another “white man in a suit” despite being of Ngāpuhi descent.

These things were not the overriding factors limiting his political career, though.

The simple truth of it is that, as with most politicians, it just wasn’t written in the stars. The timing wasn’t right – and that’s how it is for most politicians. Very few people are fated to lead their country – and nobody should feel too badly about not being among their number.

It is worth noting that Bridges did get closer to it than some will credit him. Back in the before times, when none of us knew what a “coronavirus” was, a string of political polls had his National Party with an edge over Jacinda Ardern’s Labour Party. At that time, it really seemed like Simon Bridges might pull off something for the history books.

It was not to be.

Nevertheless, in his post-leadership career there was every indication he would be a capable future finance minister. He spent a lot of time thinking about the changes New Zealand families are looking for. He assembled a strong team of advisers.

If he was still bitter about losing the leadership he did a good job of suppressing it once  Christopher Luxon became leader. There was no reason to think Bridges couldn’t follow in the footsteps of Bill English.

But I suppose that wasn’t written in the stars either.

As I said, I don’t have any magical insight as to why Bridges has suddenly resigned. Whatever the reason, it is to be hoped that he will now have more time to slow down and enjoy family life.

Which brings me back to the first time I ever shared a room with the guy. It was a at a regional National Party conference in Napier in 2012. Bridges – a newly minted minister – was one of the speakers and he had just jetted in from Tauranga. He apologised for it being a flying visit because his wife had very recently given birth.

Without children of my own at the time, I didn’t quite grasp just how much of a sacrifice this was. But some of the greyer heads in the room seemed to be a bit saddened by this revelation. Four children later and I can see why.

And I am sure that Simon Bridges would tell you the same.