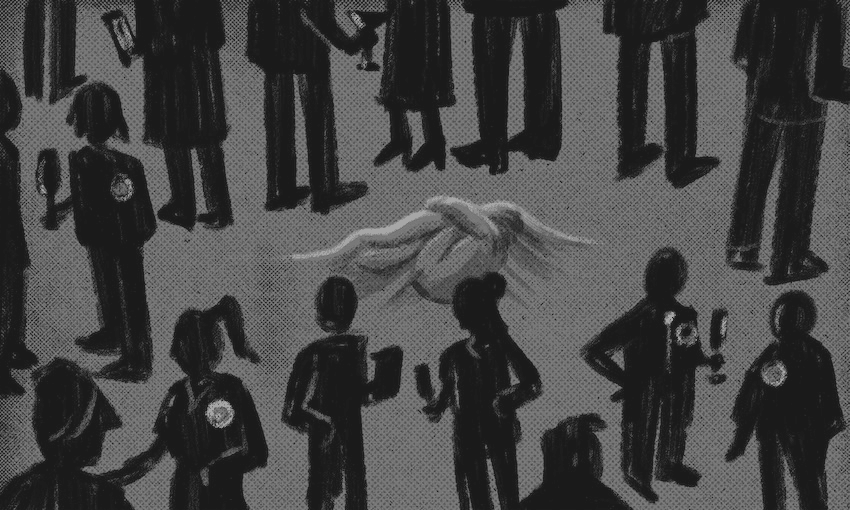 Differing accounts of what was said in an inquiry into the alleged conduct of a now former Labour staffer have been issued today to media via lawyers.

In spite of PM Jacinda Ardern’s exhortation that ‘it would be preferable if this case were not in the public domain’, that is where it is currently being litigated.

Statements to media were sent today by lawyers acting for the chair of the Labour investigating committee, Simon Mitchell, and subsequently by a lawyer acting for the complainant known as Sarah.

Mitchell was one of three members of an investigative panel conducting an internal inquiry into claims made against the staffer.

The staffer, who resigned last week, continues to deny any wrongdoing, and last week issued a statement through his own lawyer saying the claims were “without foundation”, and that he would co-operate fully with the inquiry.

I was part of the New Zealand Labour Party panel that was set up to investigate allegations of inappropriate conduct by one member of the Party against another.

The Panel arranged to meet with a number of individuals on 9 March.

On the morning of 9 March the complainant sent an email to me: “Hi simon, i was woundering if anyone today had printer acess? I want to be able to read off of a timeline testimoney I’ve created. Would somone be able to print this before my interview at 10.30?”

The email did not have an attachment.

I replied that she should send it to Dianna Lacy as she was opening up that morning.

When the complainant met with the Panel she read from a document when taking us through her concerns. She did not provide us with a copy of that document. At no point did she say that she had been sexually assaulted or tell us about the events that are described in the Spinoff article.

I have subsequently (last week) been given a copy of what the complainant sent to Dianna to print out on the morning of our interview and it does not contain any details of the sexual assault against her as described in the Spinoff article.

I met with the Complainant again on 29 May 2019 to clarify the allegations and the matters that we were investigating. At no time during that meeting did she say that she had been sexually assaulted by the subject of the complaint or disclose the events that are the subject of the Spinoff article.

At the conclusion of the meeting she said that she would provide me with more detailed information in the next few days.

On 10 June 2019 I emailed the complainant following up the documentation that she was to send.

On 11 June 2019 the complainant sent me an email with 3 attachments including what she refers to as her testimony. Neither the testimony nor the other attachments contain any reference to a sexual assault on her or disclose the events that are the subject of the Spinoff article.

On 17 June 2019, after being advised of the outcome, the complainant emailed me and the other members of the panel thanking us for our hard work.

On becoming aware of the Complainant’s allegation that she had provided me with details of the assault on her both in person and in attachments to emails sent to me on 9 March and 11 June 2019, I have had my computer system forensically examined.

There is no evidence of any attachment being sent to me on 9 March 2019.

There were three attachments to the email to me dated 11 June 2019. None of these attachments or the email itself contain any reference to a sexual assault on her or disclose the events that are the subject of the Spinoff article.

The complainant (the person called “Sarah” in the Spinoff’s article of 9 September) has records of three emails sent by her to Simon Mitchell between 9 March 2019 and 21 May 2019 in which Mr Mitchell was made aware of there being allegations of sexual assault.

These emails have been provided to Labour Party lawyers Kensington Swan, who have been requested to provide the emails to the reviewers conducting the independent review of the internal investigation.

The other two emails sent by the complainant to Mr Mitchell were also sent (simultaneously by cc) to the two other members of the investigation panel as well as Labour Party President Nigel Haworth, and another NZ Council Member. These emails were as follows:

The complainant maintains that she went into detail about the sexual assault during the 9 March interview and that Mr Mitchell was present and engaged.

The complainant is struggling to understand why Mr Mitchell would make these statements when he sat through her giving testimony of the sexual assault.

The complainant is not the only person who made allegations of a sexual nature during the internal investigation.

The complainants are hugely disappointed that Mr Mitchell has come forward with his statement just as the complainants and the Labour Party are making some positive progress.

The complainants await the outcome of the independent review of the internal investigation announced by the PM this afternoon.