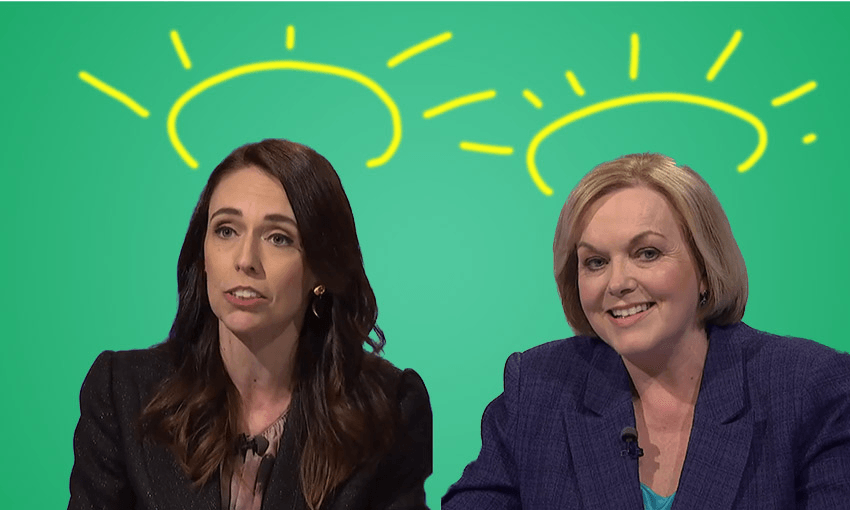 Well, that was a grind, wasn’t it? José Barbosa scrapes himself off the floor.

Over the campaign I’ve made some videos boiling down those televised debates between Jacinda Ardern and Judith Collins. (All of them can be viewed here, by the way.) It’s been an extended campaign and I can safely say I’ve been ground down to just the rind. My only possible use now is for throwing into a pot and making stock.

Watching these debates have been instructive, though. Power, as evers remains the ultimate organ grinder. It drives otherwise (mostly) perfectly normal people to outrageous displays of public ingratiation, half-truth peddling and hit-and-run verbal snipes not often seen outside of the 2004 film Mean Girls. Not to mention the bland, pompous assurances disguising a deep electoral terror of any meaningful change resulting in a more equitable society; that’s me favourite one, mainly because it ensures the growing value of my property.

Anyway, this is the very last leaders’ debate in 2.5 minutes. Please watch so we can help ensure the continued survival of a number of international digital media platforms.