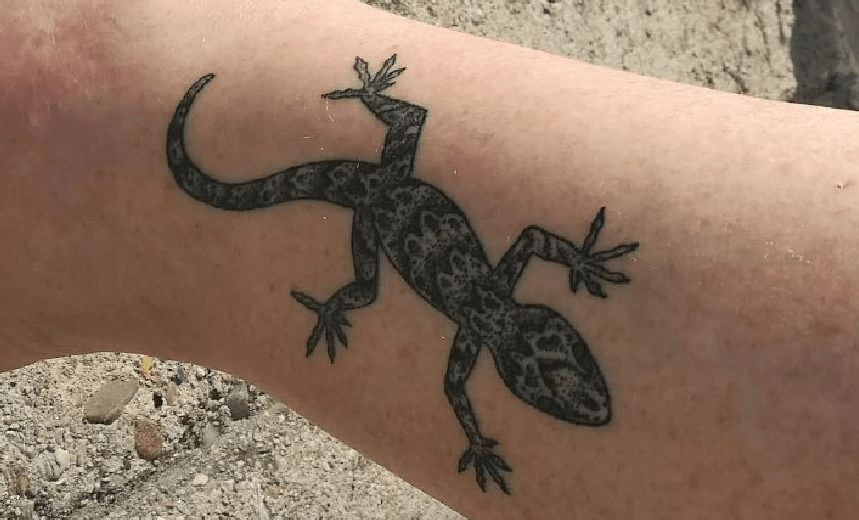 By Celia Wade-Brown
Guest writer
Made possible by

As the scandal around the request for a gecko-tattoo leaving-gift threatens to engulf Wellington, Wade-Brown speaks.

The intrepid Taxpayers’ Union this morning revealed that former Wellington mayor Celia Wade Brown had last year requested a gecko tattoo as a leaving present. The council’s response: how about a park bench?

The Taxpayers’ Union was as indignant as a village vicar, palpitating at the very thought.

“We found it difficult to believe that an elected official would ask for a tattoo, which we were told was to be on the former Mayor’s ankle,” it blushed. It was “astonished”; it was “perplexed”. It gasped: “Ratepayer-funded body-art is perhaps the most unusual spending request we have ever come across. Well done to the person in the Council who had the nous to say no!”

What does the mayor – whose leaving gift request confirms indubitably her Wellington-ness – have to say for herself? Here she is, in her own words: – Toby Manhire, politics editor.

I was asked what leaving gift I would like. And a tattoo was just top of my mind at the time. My son had designed me a nice little gecko tattoo and he’d said, ‘Mum, you really ought to get a tattoo,’ and I said, ‘Oh, I will one day,’ and so when they said what would I like, I thought, that would be cool.

I already had my suspicions that it wouldn’t be seen as a solid civic gift, so we went for something more conventional. I’m quite happy that there’s going to be a park bench in one of Wellington’s lovely reserves, because I’ve been pretty involved in protecting the natural environment in Wellington.

So it all ended well, especially because nice staff clubbed together and put money together to buy me a Ninjaflower voucher, so I took that along to the studio and gave them my son’s initial design, and they did a bit of modification, and I put a little extra money in, and we had a beautiful lizard –  which has been walking with me on the 400 kilometres walk over summer from Bluff to Wanaka on the Te Araroa trail.

It’s a forest gecko, a Ngahere gecko, or Southern North Island forest gecko, and it’s common in the Wellington region. And I’m very fond of skinks and geckos – they’re two different types of lizards. So I had two really good tattoo artist who did a bit of research and sharpened it up. I’m really pleased with it.

I think the Taxpayers’ Union is not really a 21st-century-thinking organisation.

I’m really glad that the response from the council wasn’t: Yes, you can have a tattoo, but only it if it’s the Wellington coat of arms or Suprema a situ. I wouldn’t have felt very comfortable about that on any part of my body.