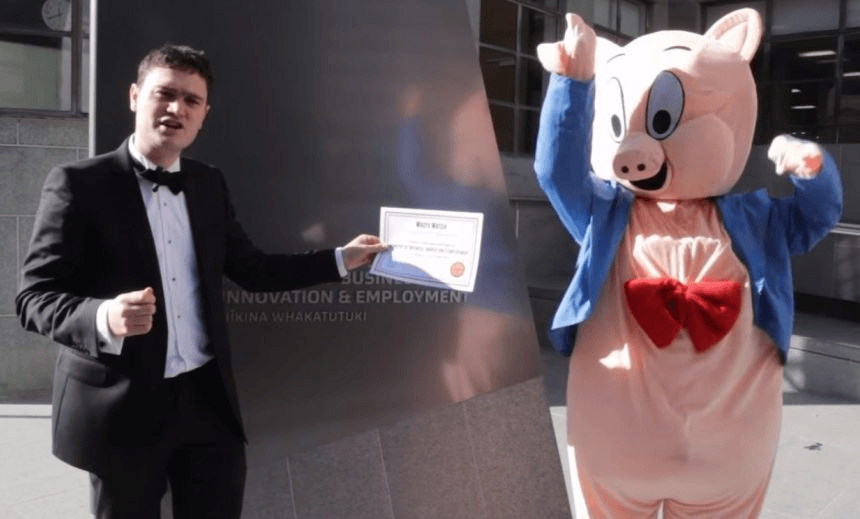 Turns out you can randomly issue demands for payment, and we’re totally into it. Please pay promptly.

New Zealand woke this July morning to news that the Taxpayers’ Union will be issuing Green Party co-leader Metiria Turei with a “very large invoice on behalf of all the taxpayers and beneficiaries who follow the law”, following her admission at the weekend that she had lied to Work and Income NZ in 1993 when she was a law student and solo mother to keep her benefit.

The Spinoff is excited by this revelation that you can just invoice people for stuff on behalf of the public. The Spinoff is not a lawyer, nor is the Spinoff an accountant, but the Spinoff figures it must be kind of like the business transaction equivalent of a citizen’s arrest. The Spinoff suspects this could be a crucial part of the solution to the future of journalism and intends to start issuing invoices all over the show.

First up, the Spinoff is invoicing the Taxpayers’ Union, mostly just for being super annoying.

Invoice to: The Taxpayers’ Union, Wellington

For refusing to say who donates the $200,000-or-so a year so they can exist and claim to speak on behalf of all the taxpayers and the beneficiaries and generally be annoying, in the manner of a broken car alarm or a fruit fly: …….. $200,000

For encouraging ordinary New Zealanders to compete in track and field events against your identical twin while wearing business attire: …….. $150,000

For not yet issuing an invoice to Todd Barclay for continuing to collect an MP’s salary and benefits while apparently hiding in a cupboard: …….. $27.00

For having a boss man who was awarded $1.27 million damages from Colin Craig in the most abject legal battle of all history: …….. $1.27 million

For porcine trafficking – Porky the Pig, a beloved member of the Looney Tunes cast, is now 82 years old; a nice loyal pig with a blue coat. Porky, for reasons unexplained, now works as a low-rent mascot for the Taxpayers’ Union, in which role he never speaks at all, and in whose eyes you can perceive an ineffable melancholy: …….. $4.20

For making a habit of misspelling benefit fraudster Metiria Turei’s name, and/or confusing her with the former Māori Party leader Tariana Turia: …….. $1500.00

CREDIT – If it’s true that Turei did call Jordan Williams a callus that does seem kind of hurtful: …….. One biscuit