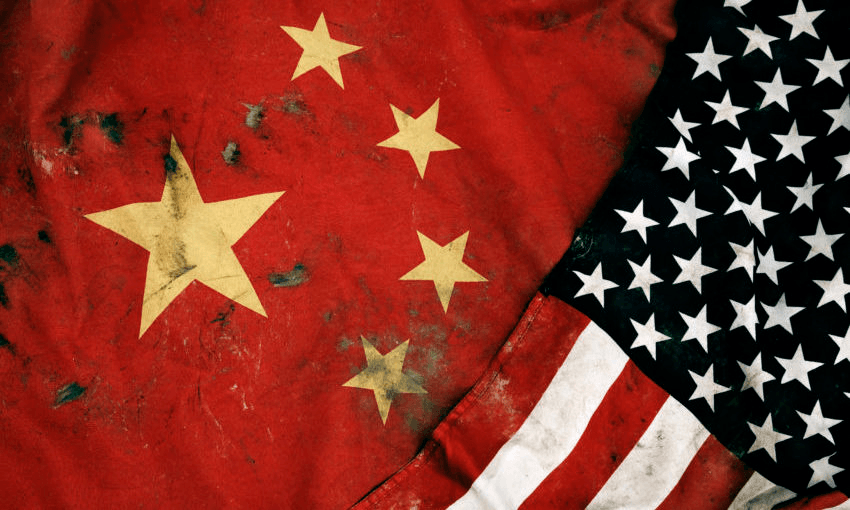 As long as New Zealand is a member of the US-dominated Five Eyes spying network we will keep getting into trouble with China, argues former Green Party defence spokesperson Keith Locke

Last November my heart sank when I heard our government had blocked Huawei from helping Spark set up a 5G network. Didn’t our prime minister (and her intelligence services minister, Andrew Little) know what they were doing? Didn’t they realise that New Zealand couldn’t buy into Donald Trump’s trade and technology war with China without serious consequences? Didn’t they realise New Zealand was very dependent on trade with China and would inevitably be the loser?

In a way, this is New Zealand’s “Brexit”. In Britain, many voters believed that Britain was still “Great” and could easily go it alone. They didn’t appreciate how much Britain needed the trading advantages provided by the European Union.

New Zealand, likewise, seems stuck in the past, not realising that the world has changed and that loyalty to the American superpower now has a big economic downside, particularly when so much of our trade is with China, the emerging superpower.

Our government’s explanation that the ban on Huawei isn’t about China simply doesn’t make sense. The New Zealand announcement was coordinated with similar announcements from its Five Eyes partners. The United States has been blunt about how it sees the issue. Last week, Secretary of State Mike Pompeo warned European countries that using technology from Huawei could hurt their relationship with the United States.

The proposition that Huawei could use its involvement in 5G to spy on New Zealanders doesn’t make much sense.

Firstly, it would be stupid for Huawei to do so. Its global business would be seriously harmed if it was caught using its equipment for spying.

Secondly, it should be feasible to block or detect any unauthorised access to the 5G network. The latest news is that the British government’s National Cyber Security Centre (NCSC) has decided that Huawei’s involvement in Britain’s 5G is a manageable risk.

Thirdly, Huawei has offered to employ only New Zealand citizens on the local set-up work for 5G.

Fourthly, if we were really worried about New Zealanders’ privacy, we should be more worried about an American firm, like Cisco, setting up our 5G. We know from the Snowden papers that American IT firms work closely with the US National Security Agency (NSA), the world’s most invasive electronic spy agency.

Instead we have the Government Communications Security Bureau (GCSB), which functions largely as the New Zealand branch office of the NSA, doing the work of the American government and blocking Huawei in New Zealand.

Prime Minister Ardern says that’s not the end of the road, and Spark and Huawei are still going through a “process” with the GCSB. Potentially, this gives the government an opportunity to reverse its decision and allow Huawei into the construction of a 5G network. However, I’m not too hopeful. Huawei New Zealand has said it has been left in the dark about how this process actually works. Perhaps if Britain allows Huawei into its 5G network, which now seems more likely, our government will be more accommodating to Spark and Huawei.

Jacinda Ardern famously once said that “climate change is my generation’s nuclear-free moment”. She was right. But let’s reflect on what that earlier generation’s “nuclear-free moment” actually was. It was a time, in the 1980s, when New Zealanders challenged America’s possession of nuclear weapons, and said that nuclear-armed warships were not welcome in our harbours. The US response was to exclude New Zealand, operationally, from the ANZUS military alliance.

One lesson from the earlier Cold War was that improved relations between the two superpowers in the late 1980s provided more space for the people of the Soviet Union and Eastern Europe to push for democratic change. The American-led efforts to slow China’s economic advance do not help those in China who aspire to a more democratic future.

It is good that commentators like former trade minister Philip Burdon are warning us not to “take sides” in the US/China dispute. Burdon has said that “it is not appropriate to join with the US in demonising, or for that matter containing, China”.

However, we should also recognise what has led New Zealand into this predicament, and in particular the ban on Huawei. That is the close defence and intelligence relationship we have with the United States, in which New Zealand is the subordinate partner. As long as New Zealand is a member of the US-dominated Five Eyes spying network we will keep getting into trouble with China. What real advantage is it to New Zealand to be siding with the US on such matters as Huawei’s involvement in 5G, or sending off our frigates and Orions to participate in American operations in the Western Pacific, as we have done over the past couple of years?

If Jacinda Ardern wants a real “nuclear-free moment”, of benefit to New Zealand, then she should reverse the ban on Huawei, and make plans to withdraw from Five Eyes.