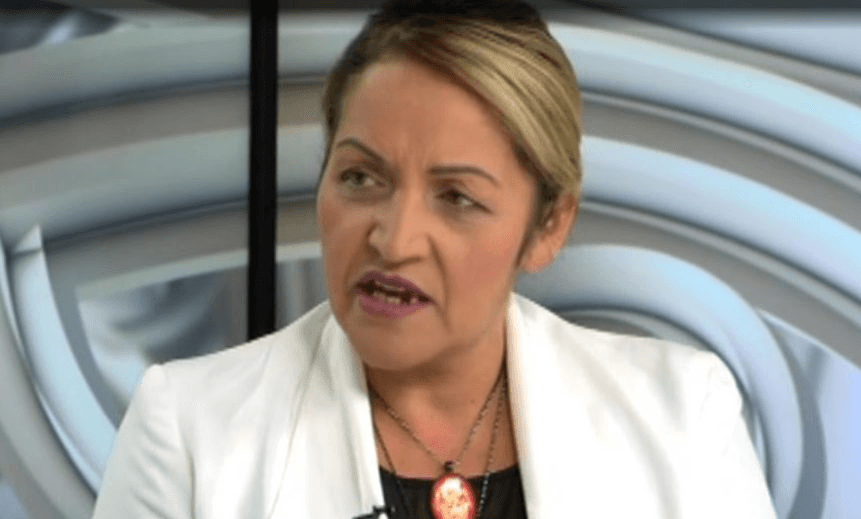 By Carrie Stoddart-Smith
Guest writer
Made possible by

The debate around concessions negotiated by the Māori Party in the resource management bill has seen the ‘Māori tribal elite’ slur rears its head again. It is all part of a long history, writes Carrie Stoddart-Smith, of attempts to colonise tangata whenua.

A lone reed will waver and break, if combined with others, will never break.

Alone we can be broken. Standing together, we are invincible.

The story of the “Māori tribal elite” is a fiction generated by those allied – consciously or unconsciously – to an enduring colonial project that insists on subverting the place of Māori in our ancestral lands of Aotearoa.

The Māori tribal elite. Ruminate on that phrase for a moment. A combination of words expunged of context. It erases the lived experiences of Māori in a colonised society, as if our cultural, political and economic renaissance in a system that was militantly thrust upon our tīpuna was delivered to us without struggle through the goodwill of our bleeding heart colonisers. Where iwi rangatira are excluded as products of colonisation because they have come to occupy roles that give them access to influence and power.

Consider the pugnacious narrative around the Resource Legislation Amendment Bill following the agreement reached between National and the Māori Party. Opposition by political interests on both the left and right framed the reforms to stengthen iwi participation as racially divisive, corrupt and, of course, pandering to the Māori tribal elite.

While it may be unsurprising that the sneers of elitism discharge at force from traditionally hostile groups embedded in the far right, it is vexing that a related viewpoint also festers among the left.

From the belligerent right, the disdain emerges from an ingrained belief that a good Māori is one who assimilates without protest and who forgets the past to appease Pākehā guilt. From the hostile left, it emerges from a deficit belief that Māori are inherently poor and any prosperity or power re-gained renders them inauthentic dissidents in the struggle against oppression. We must be cautious of allowing non-Māori to dictate the authenticity of Māori identities and their place in the resistance. As Ani Mikaere writes, selective amnesia, denial and distortion of truth are too often presented to recast the beneficiary descendents of colonisation as the victims in the story and Māori as the ungrateful aggressors with unearned privilege to excessive influence.

Buying into the narrative of Māori tribal elitism has a paradoxical effect, in the sense it supports rather than negates white supremacy by questioning the legitimacy of rangatira Māori through a western lens. Māori tribal leaders – whether tribal members agree with them or not, or elected them or not – were elevated to those positions within their tribes at the behest of their tribal elders. Yet, Māori and non-Māori alike impose on them standards of accountability, transparency and representative mandate as defined by a western system of democracy.

I’m not suggesting that as Māori we don’t have a right to question tribal structures or to demand that the voices of tribal members are represented in the forums to which iwi rangatira are increasingly gaining access. Rather, I am championing that view but questioning the approach of excluding them as rightful participants in the struggle based on a western concept of elitism. For clarity: I’m not asserting that corporate elitism is immune from critique, I am arguing that corporatocracy and tribal governance should be not be assessed as if they are one and the same.

Accepting the rhetoric of those who propagate a class analysis as the applicable metric for critiquing Te Iwi Māori distorts how Māori view who they are and their place as Māori in this country. It displaces whakapapa by demanding that they see their iwi rangatira in terms of “them” versus “us”. These divisive tools are not new. Finding reason in arguments that erase Māori history or tolerating assimilationist policy to gain approval of the silent majority is neither socially progressive,  nor particularly liberal. It simply demonstrates an enduring commitment to the colonisation project.

Māori have endured as tangata whenua retaining their cultural integrity and we are now witnessing the benefits of an adaptable leadership with stronger capacity for legacy planning that is capable of seamlessly walking both Te Ao Māori and Te Ao Pākehā. This is not elitism; it is the path to the reclamation of mana Māori motuhake.

These views are the author’s own, and are not a representation of the views of her employer.