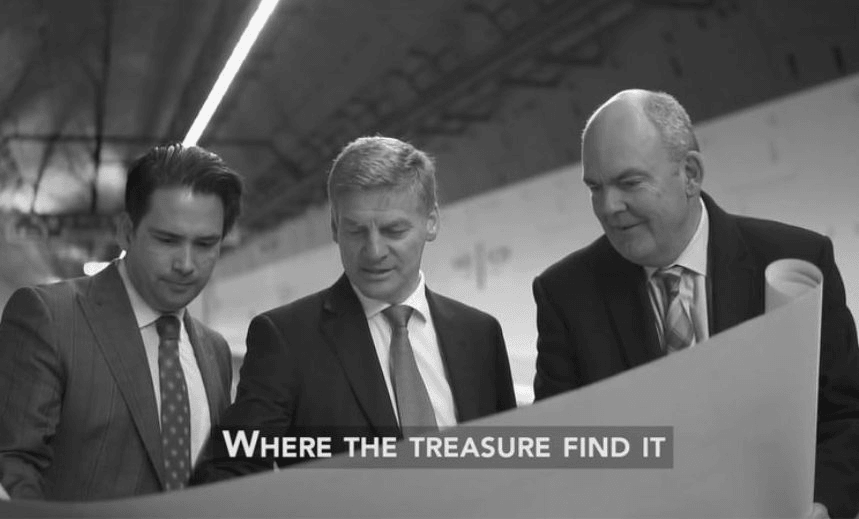 Already the internet is being bedazzled by political messages in the election leadup. Here Toby Manhire helpfully analyses National’s debut effort using the medium of captions.

We’re still awaiting a ruling in the lawsuit against the National Party over their “Eminemesque” commercial – the one with the boats – from 2014, and already the first ad for the next election is out.

Under new/old leader Bill English, the National Party is in pole position to return for a fourth term in government. But what to make of this first campaign ad? You too can be an expert by watching together with our house pundit’s captioned commentary.

First, the ad as published by the party. Below that, our captioned version.