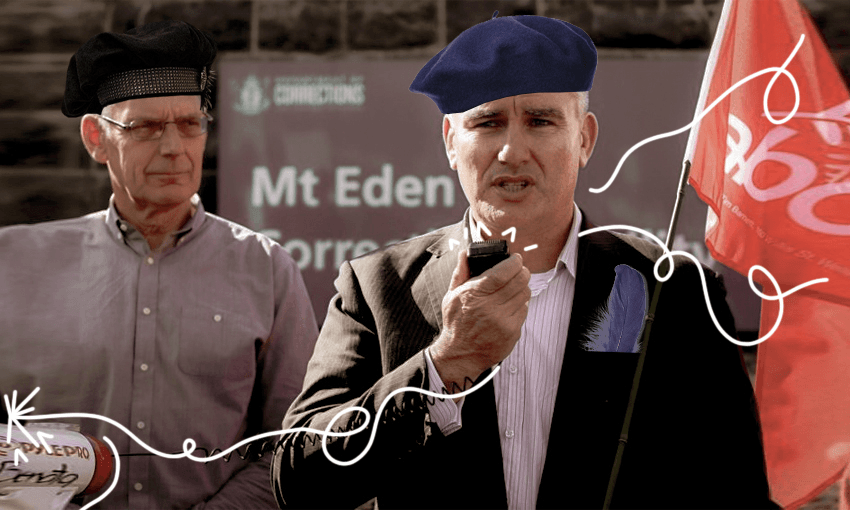 The Blue Taniwha: an election night poem by Kelvin Davis

By Kelvin Davis
Guest writer
Made possible by

A special poem by Labour’s deputy leader Kelvin Davis, following in the tradition of political verse started by David Cunliffe.

A year ago I started a tale

A story with a chapter yet to unveil

Of a world of light and some pretty ugly taniwha

Of a guy called Kevin Davies

And a joke that’s gone too wide and too far

After that speech I had a few requests

To up my game I said I’d try my best

So, let’s begin where I ended

Taniwha descending on our land

The taniwhas they move closer and closer to the light

“Why are we all following this Simon Bridges fella?”

“Nikki Kaye by my side”

Make me the leader of this blue taniwha pride

Todd won, with a majority of more than one

Just like his cap read he was ready to make New Zealand great again.

Gone after the tenth week

The future of the blue taniwha pride looked pretty bleak

They needed another new leader

Then someone yelled, “My husband’s from Samoa, so talofa”.

They knew her leadership would take its toll

Given she refused to speak to them or share a single internal poll.

They all marched on anyway with very little hope

Down, down, down their slipper, slippery slope

On the other side of the world, where the light shines bright

Whaea Jacinda and her team wee ready for the fight.

Team, we have a plan

We know there is more work to do

We must not lose this world to the cold, dark blue

Let’s take on these taniwhas, we have battled strong, we will hit them where it hurts by proving what they say is factually wrong.

There will be three challenges that we will undertake

The team of five million descended to see

who would win the election battle of 2020.

The first challenge was easy, a quick fire of sorts,

Judith pushed forward Paul Goldsmith and whispered, “You better get this one right”

The first question was put, “Add this up if you can”

“Three billion plus another four minus a billion, what is the cost of your plan?”

Goldy excited yelled, “I know I know pick me”

The answer is two billion he yelled with certainty

Grant smirked and said ‘Oh Goldie, not quite, you should have bought your calculator to this fiscal fight”

“You are four billion short, that’s a big hole, are you sure you’re up for the finance role?”

The blue taniwhas whispered, “This is worse than we feared”

The next challenge would be tough and not for the faint hearted.

A kapa haka competition was about to get started

The team stood in perfect formation, all at the ready

“Te Aroha,” the blue taniwha shocked at the glorious sound knew there was very little hope of them winning this round

Starting a song he thought everyone would know

No one in his team joined in

Not a single taniwha.

Two nil to the world of light

Was there a point in doing a final round?

Whaea Jacinda yelled, “Take nothing for granted, hold your ground”

The final battle was set between Whaea Jacinda and Judy

“I know how to deal with this, I’m going to sneer and interrupt and call her Ms

That will put her off, you’ll all see by the end of this the winner will be me”

Gerry piped up, “Shouldn’t we say good stuff? Just being condescending and rude might not be enough”

Both leaders approached each other ready to debate

This would determine the world of light’s final fate

Whaea Jacinda’s team roared as they met face to face

But old Judys chicken had all come home to roost

All the taniwhas have vanished, gone, thrown it in

They all knew Judy was never going to win

“Where the hell is everyone, she screeched

“But I was going to end the world of light,” she said

“And wear the crown”

Whaea Jacinda said, “Best you grab a cup of tea and have a little lie down”

The world of light was saved for another three years, the people rejoiced, the return of the blue darkness they no longer feared

So the story continues the world of light stays in place

Which Labour will defend.

Let’s take a second to remember how this story started

In the beginning, before there was light

Three more years in the light imagine what we can all do.

Now, I can hear, I can already hear you asking

Is there a story number three?

For now this is where my story will stop with a final thank you to our Labour whanau, every one of you lot

For keeping us all in the world of light, for slaying the dark blue taniwhas who wanted to bring back the night

Enjoy this time all together as one because ladies and gentlemen

Our story, this story, is far from being done.