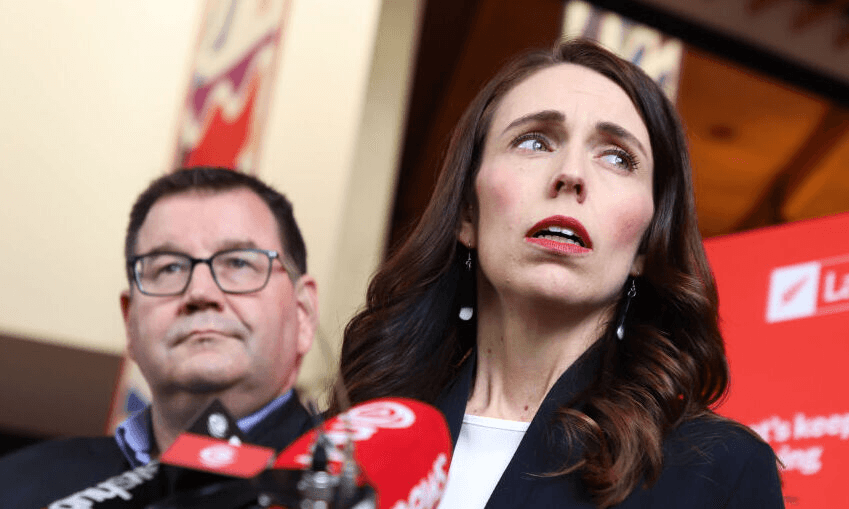 By Colin James
Guest writer
Made possible by

The self-proclaimed governors of transformation have not so far infused the ‘wellbeing’ idea they trumpeted into everyday speech. Do they dare do so now, asks Colin James.

Jacinda Ardern claimed a “mandate” on election night to “accelerate our response [to Covid] and our recovery”. Does that portend the “government of transformation” she proclaimed three years ago?

She and her crew do have a ball at their feet which could potentially rephrase the political language and move it on to centre-left turf.

So far they have at most dribbled that ball. But on Monday on TVNZ, Grant Robertson talked as if he is lining up to kick the ball down towards that bigger political change goal.

The brake of the past three years, Winston Peters, is now back in the dressing room. But will Ardern’s instinctive caution be the new brake? How much will she attend to Labour’s new voter-recruits, many of whom have deserted a disunited, dysfunctional, dislocated and displaced National party.

The ball at Ardern’s and Robertson’s feet is “wellbeing economics”. They adopted this departure from GDP-fixation while in opposition. In government they have produced two “wellbeing budgets”.

The aim is to add measures of environmental, social and human capital to those of financial and physical capital as indicators of prosperity. Those indicators were incorporated into the Public Finance Act this year.

But, curiously, the self-proclaimed “governors of transformation” haven’t infused the “wellbeing” idea into everyday speech and action. They have parked it in economics, not made it a political platform.

Though Ardern and Robertson – and the Greens’ James Shaw – insisted to me in August it was still on the agenda, “wellbeing” was near-absent from campaign rhetoric and policy announcements.

Ardern, Robertson and Co were much more comfortable talking up “jobs”. Jobs – or, rather, the incomes that come from jobs – are a major ingredient of personal and social wellbeing. But they are not the whole of wellbeing.

The Greens know that. In and outside the Green party greens have pushed “ecological economics”, which focuses on the environmental dimension of “wellbeing”. The Greens, like Labour, also think a good education, good health, a good house and good support in adversity are essential to wellbeing.

The first-term Ardern government did boost spending and investment in all those areas, plugging the $11.7 billion (or deeper) hole Steven Joyce left behind. But this was not “transformation” – or even a start down a transformative track.

Take climate change: legislation, a target and a commission with five-year budgets. But little real action on the ground through the likes of electrifying the government light vehicle fleet and regulations to promote more carbon-efficient new buildings. Climate change minister Shaw put that down to three words: New Zealand First.

Take “just transition” to a different “future of work”. Again, grand designs but not much more than framing so far.

Take tax reform. Ardern didn’t just abandon capital gains tax because of the Peters brake. She banned it from Labour policy while she is leader, thereby telling us that Labour accepts it is OK some people don’t pay tax on some of their income.

Same for tax on wealth, a major determinant of generational material inequality.

Labour’s campaign tax policy was skimpy: a 6-point rise in tax on the incomes of a tiny few at the top. No move down a path Robertson endorsed in private when in opposition: to reduce the heavy reliance on taxing incomes and instead tax environmental degradation and privatisation of natural resources for profit.

Ardern banned capital gains tax because, she said, there was no public mandate for it. But true mandates are built, not given. Ardern in essence said she would not try to build a mandate for taxing income from capital gain.

Put that together with Labour’s fiscal and monetary orthodoxy – to earn a “licence to govern” from sceptics, especially business – its relatively modest welfare adjustments, and its still early-stage public house building programme.

The first-term Ardern government was in essence a “third way” government, inherited from Helen Clark (in whose office she and Robertson worked) via the Key-English government: acceptance of an open, relatively lightly regulated economy and its constraints on domestic policy, adjustable at the edges (a bit towards individualism by Key-English, a bit towards collectivism by Ardern-Robertson), not the core.

“Wellbeing economics” signposts a track off that third way.

Making the economics work is a daunting challenge, requiring still-rigorous numbers, which in many cases are elusive. Nevertheless, at the political level “wellbeing” offers a chance to transform the language and so reposition the political centre.

To take that chance Ardern, Robertson and co would need to say the word “wellbeing” at every opportunity.

They could, when opening some new state houses, say they will lift the inhabitants’ wellbeing. A new road could be said to contribute to the wellbeing of the surrounding population. Likewise a new hospital or school or – to bring in Shaw – a new green enterprise.

And thereby over time, a mandate for transformation might be built.

Is cautious Ardern up to building that mandate? The evidence so far points to no. But the ball is at her government’s feet and Robertson has said he wants to kick it.