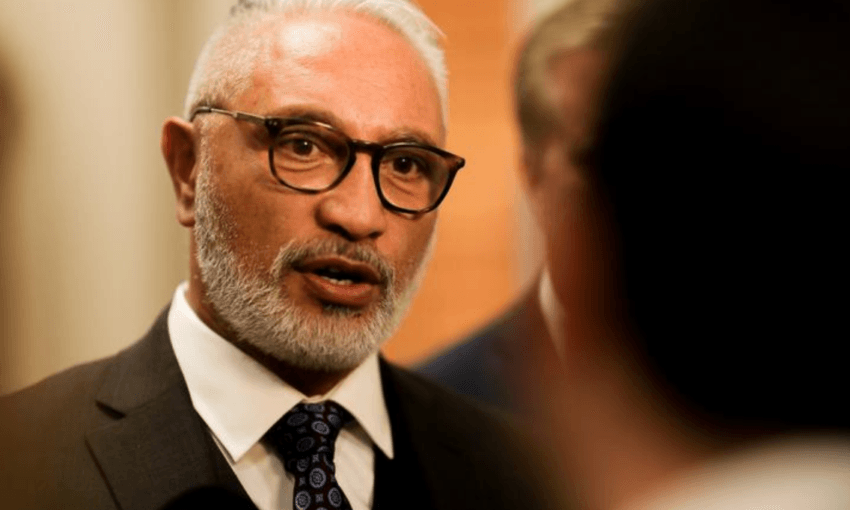 Take it from a Christian conservative: a Ngaro splinter party is a terrible idea

There is talk about National MP Alfred Ngaro breaking away to form some kind of Christian political party. A new party along these lines has been promoted for a while – often by rightwing liberals who would quite like the support of religious voters while being personally rather disdainful of them). The fact that Ngaro, a genuinely conservative talent, is now exploring the idea invites serious examination of the proposition

From a centre-right perspective, at least, such a party would be bad for the country, bad for the National Party, bad for conservatism and bad for Christianity.

Christianity is not a political ideology. While it exerts an influence over the politics of many of its adherents, it will never align fully with any particular political agenda. This is why you tend to find Christians all over the place in terms of partisan affiliation.

Consider the Apostle’s Creed, one of the oldest formal statements of the Christian faith:

I believe in God, the Father Almighty, Creator of heaven and earth, and in Jesus Christ, His only Son, our Lord, who was conceived by the Holy Spirit, born of the Virgin Mary, suffered under Pontius Pilate, was crucified, died and was buried; He descended into hell; on the third day He rose again from the dead; He ascended into heaven, and is seated at the right hand of God the Father Almighty; from there He will come to judge the living and the dead. I believe in the Holy Spirit, the Holy Catholic Church, the communion of Saints, the forgiveness of sins, the resurrection of the body, and life everlasting. Amen.

Now, as a (somewhat) conservative Roman Catholic, I don’t believe that represents the totality of the Christian faith. I have plenty of liberal friends who call themselves Christians even though they don’t believe all the things set out above. But if you want to get to the core of traditional Christian orthodoxy – that’s a pretty good summation.

And note all the things not specifically addressed within the Creed. It doesn’t dictate the optimal forms and levels of taxation and the size of government. It doesn’t have anything in particular to say about monetary policy. It provides no conclusive guidance as to striking the balance between environmental protection and human development.

What stance would a Christian political party take on all those questions? The truth is that there is no Christian position that could be adopted because there will never be a consensus about those things between Christians. So, at the outset, a Christian party would need to either be silent on the things that make up most of what political debate is actually about (or a Christian voice on those matters).

However, it is fair to assume that the new party would be economically moderate and socially conservative. As a point of differentiation, the focus would almost certainly be the latter. What great concessions would it hope to win in a coalition deal with National?

Small parties need to be strident to attract votes because they have to fight for attention while pitching themselves to an electoral niche. For a conservative Christian party to stand out from the crowd, it would be compelled to eschew the rhetoric of moderation and conciliation in favour of activism and zeal. As the default media stance towards Christianity is suspicion and loathing, the result would be particularly unflattering coverage.

National would then come under extreme pressure to disavow the new party. While an overtly conservative Christian party doesn’t need to appeal to secular liberals, the National Party does. And every time the leader of the smaller party said something that the media characterised as extreme, the microphone would be thrust in the face of National’s leader asking for an explanation of the comments.

And before long, the National Party would have to denounce its would-be coalition partner. There is no way that the party leader could hold its nerve against a sustained media campaign of that nature. And since all the conservative Christians have been encouraged to actually leave National, the chances of any kind of coherent defence being mounted would be essentially nil.

None of this is to say that there is no place for religion in public life. On the contrary, every Christian who is interested in politics has a duty to use the insights of their faith to improve  politics. But this can only really be done in a lasting and productive way is when that influence is disciplined by the pluralism of being part of a mainstream political movement.

What would not bode well for the place of Christianity in the public square, on the other hand, would be for it to become ghettoised and weird. Perhaps a splinter party could avoid that outcome. I have my doubts.