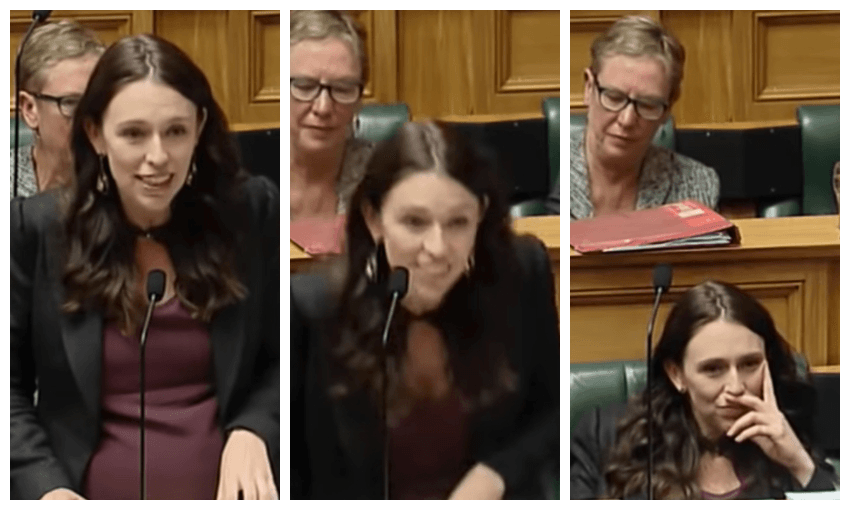 No one has the time or energy to watch Parliament TV. It’s boring as hell.

Except when it’s not. Question Time can be entertaining in the same way it’s sometimes entertaining to listen to kids argue: the first minute or so is funny and then you want to tell everyone to be quiet because they’re all wrong.

Having listened to Tuesday’s Question Time in full – this was the day before Paula Bennett stormed out over rulings by the Speaker Trevor Mallard – it’s apparent that the House of Representatives is essentially a kid’s bedroom. At one point, Chris Hipkins passionately claimed that Nikki Kaye had made something up. He was then told off by stepdad Trevor Mallard, and I quote, “the minister will now stand, withdraw, and apologise … He should know very well that members cannot indicate that other members have made something up because if they made it up they’d know it’s not true.”

Both ministers were sent to bed without dessert.

It’s some of the funniest TV I’ve ever seen, not least because of the uproar that occurs anytime a minister makes a remotely clever remark. It’s not the “ooooh” like you hear when someone gets burned at school, it’s just … yelling. Lowly ministers in the backest of benches actually trying to yell complete sentences at their opponents instead of ooooh-ing in support of their buddy. What nonsense is this? Did no one in parliament have friends growing up?

Thankfully, with all the rules around what can and cannot be said, and fixed mics that can’t be dropped, ministers have to use their physicality to assert dominance. And about the only physical thing any of them do is stand up and sit back down.

But boy do they make it their own. In an honourable apolitical move, this list is in no particular order.

The leader of the opposition sits the way he operates. Steady and just a little bit pleased with himself. He’s not going to go stomping around in his chair but glance over at him and you’ll wonder what mischief he’s been up to. Bridges is also the only minister to dare scooping up his drink on the way down. Respect.

Judith Collins has one of the more effective power sits. There’s actually nothing special about the technique. In fact, it’s wholly pedestrian. But it’s the eye contact that elevates it. She holds eye contact from the moment her question is finished until the moment she’s comfortably seated. And the time in between those moments isn’t always short. She’s Glenn McGrath staring down the pitch after bowling a maiden over. And much like facing Glenn McGrath’s bowling, you find yourself in a state of fear without fully understanding why.

A good comedian never laughs at his own jokes. This is a stance that Chris Hipkins firmly doesn’t take. Oh how he laughs. It’s a little unnerving and possibly gives him a psychological edge while at the same time inducing pangs of pity in the viewer. “It will take some time to deal with the nine years of neglect we inherited,” he said, before sitting down with an expression on his face that justifies the existence of the word “guffaw”.

Nikki Kaye does not sit. She merely assumes a position that will allow her to stand again at any moment. No way is she going to get comfortable in the middle of battle. One does not climb the ladder of politics by being complacent.

Jacinda Ardern has the best sit. In fairness, it appears that at least 30% of her technique can be explained by her pregnancy, but credit where credit’s due: she knows how to power sit. When fielding questions from Simon Bridges, Ardern concluded each answer by essentially giving in to gravity. It was a mic drop if her body was the mic. It was a sit that said, “I can’t believe you made me stand up for that.” 10/10 would sit again.

On Wednesday Paula Bennett stood up and never sat back down. Instead she walked right out of Question Time, straight to her room and slammed the door.