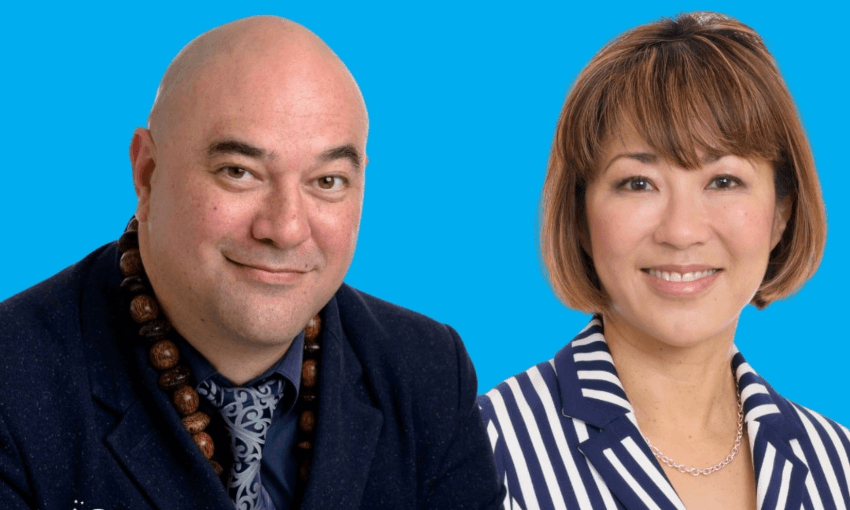 Elliot Ikilei and Victoria O’Brien, from a New Conservative leadership announcement post made a week ago (Supplied)

Elliot Ikilei and Victoria O’Brien, from a New Conservative leadership announcement post made a week ago (Supplied)

The fallout continues from the post-election leadership change in the New Conservatives, with deputy leader and firearms spokesperson Victoria O’Brien quitting after less than a week in the job. Alex Braae reports.

On Thursday last week, new New Conservative leader Elliot Ikilei was hailing the rise of his deputy Victoria O’Brien. But as of this week, she’s gone from the role. What happened?

In a social media post, top competitive shooter and farmer O’Brien said “this decision was made after careful deliberation and was due to a growing divergence between the direction of the party and my beliefs and values”. She also wished the party all the best for the future.

However, some follow-up tweets raised eyebrows about what was going on at the upper levels of the party, particularly in light of former leader Leighton Baker being “relieved” of his position last week.

In response to questions from several supporters, O’Brien said “Leighton’s ongoing involvement with the party is the reason I left.”

The decision to replace Leighton Baker was made at a board level, and was controversial among parts of the membership, who have since been openly critical of it on social media, and vocal in their support of Baker. It is understood that the change took many members by surprise.

Baker has had a long involvement with socially conservative politics, first standing for the Kiwi Party in 2008. He joined the Conservatives and stood for the party in 2011 and 2014, under the leadership of Colin Craig, before taking the leadership ahead of the 2017 election.

Last week’s departure was not a voluntary resignation for Baker, who confirmed that the board had voted to replace him. At the time, Ikilei said there had been no organised campaign to roll Baker.

Baker was bemused by the suggestion that he was still actively involved in the party. O’Brien’s resignation was also news to him, he said when contacted by The Spinoff. “I’m not doing anything in the party. I haven’t gone to their meetings, I haven’t done anything,” he said.

“I know some of my supporters are pretty disappointed. But what I’ve said is that you can easily be in your own bubble, and think the ten people talking to you all love you. And I’m just saying that I don’t want to be involved.”

He said some of his supporters might be putting pressure on the board over the decision, but denied that he was directing them to do so.

“If it’s a vast majority of them that want to make a difference, then they can, they’ve got a democratic right to say we’re not happy with this. I’m definitely not pushing it because I don’t want to be forcing it or causing disruption.”

O’Brien said in response that “I would refer you to his public statements, and his video, before you make that assumption. I’m not going to be adding any detail to this.” Baker put out a Facebook Live after losing the leadership to thank supporters.

On the question of where precisely the divergence with the party was, O’Brien said “every party’s going to go through a process of change and evolution, particularly after an election. Everybody should reevaluate where they are with parties. Parties evolve with the various people who are involved.”

“That’s what I’ve done. I’ve reevaluated my involvement in the party given what I have assessed of the prospects of its direction going forward, and therefore I’ve made my decision.”

The party as a whole is currently going through a period of soul-searching after an election result that fell short of expectations. No candidate won their electorate, and the party vote came in at 1.5%, well below what is needed to get into parliament.

Party secretary Kevin Stitt said the deputy leadership would remain vacant for now, and a process would be put in place to fill the role early next year.