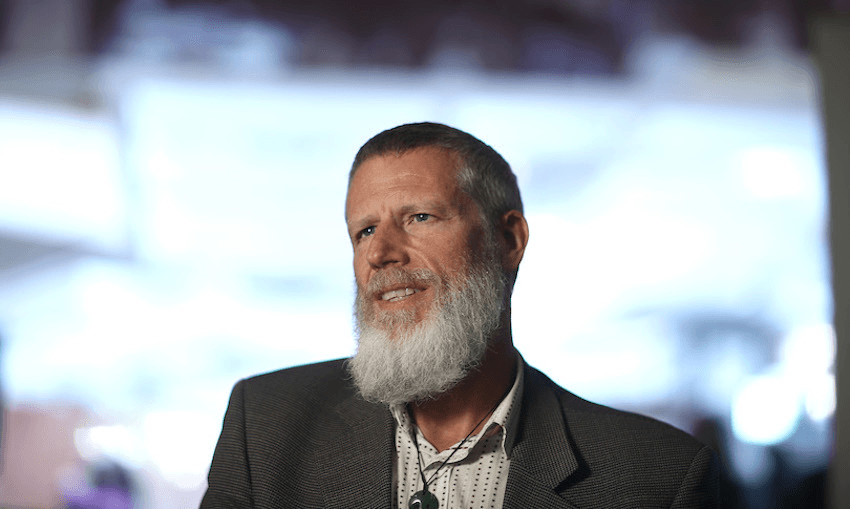 New Zealand’s most important day yet fighting the climate crisis

The chair of the Climate Change Commission says he should have understood the challenge of the climate crisis sooner, Justin Giovannetti writes.

This article was published in January 2021

New Zealand is an international outcast. Its exports are boycotted around the world. Its leaders shunned.

That’s a future scenario for the country unless climate policies are quickly strengthened, warns the head of the Climate Change Commission.

Rod Carr isn’t a peddler of doom and gloom, but there’s no more delaying the inevitable, the commission’s chair said in an interview with The Spinoff. New Zealand has two options this year, he proposed: face the consequences of being a climate outlier on the global stage or commit itself to the difficult job of rapidly slashing emissions.

The former central banker is days away from what could be New Zealand’s most important day yet in determining its response to the climate crisis. On Sunday, the commission’s first “carbon budget” will be released, complete with a blueprint to meet the country’s domestic and international climate obligations.

The report is likely to shake many in New Zealand who don’t seem to realise how much of a climate laggard the country has become, according to Carr. “Most New Zealanders would be surprised to learn that we are an outlier and not in the good sense in terms of our emissions profile, our current policy and our actions to date,” he said.

While he wouldn’t speak about the specifics of what commission is going to propose, Carr made it clear that 2021 will need to be a wakeup call for the country, from the top floors of the Beehive through to each home and small business. The advice is apolitical, backed by science and technically feasible and affordable, according to the commission.

There are opportunities in the move towards a less climate-intensive economy, Carr believes. Handled well, New Zealand can be wealthier and healthier, avoiding the economic fractures caused by the country’s last bout of economic reinvention under Rogernomics in the 1980s.

“Relative to others like us we are late to this party. It would have been a lot easier for us all if we’d started this 30 years ago. We’ve made it harder as a result of delay,” said Carr, speaking with The Spinoff over the phone from his home in Christchurch.

The former businessman and academic has only chaired the commission for 15 months. With a bushy white beard, he speaks clearly and carefully. He’s a former executive at BNZ, Australia’s NAB and New Zealand’s reserve bank. His doctoral thesis was on risk management and life insurance. His two feet are firmly planted in a world miles away from the rosy optimism that can sometimes be associated with plans like the green new deal.

During a half-hour interview, he admits he didn’t know nearly enough about climate change before entering his current role. If his stark warnings are surprising to you, it was also surprising to him.

“It’s been a challenging 15 months for me because I ask myself, how didn’t I know this before? How did I spend 30 years going about my busy business without necessarily understanding the extent to which the combustion of fossil fuels in the open air and the relatively high emissions from industrial agriculture were causing some significant and compounding issues, not only for New Zealand, but for humanity,” he said.

“I should have known more of this sooner.”

Contrary to the country’s clean and green image, New Zealand is one of the few OECD countries to have increased its overall emissions since 1990. Each individual New Zealander now puts out the third highest amount of climate warming gases among industrialised nations. In part that’s due to an inefficient transportation sector, with lots of used cars and utes, but mostly it reflects an agricultural system that emits enormous amounts of carbon dioxide and methane.

A failure to act just isn’t an option in this decade. In recent years, banks and pension funds have begun pulling massive amounts of money away from oil and gas companies. The move has been in response to investor demand and shrewd economics, an admission from money managers that carbon-intensive businesses face uncertain futures. A similar fate could await New Zealand’s agriculture-heavy economy, said Carr.

“Unless New Zealand gets its act together, there is a risk that we begin to see restrictions on our access to markets and our access to forums we’d normally expect to have access to. The world is going to reward countries that get it, and act on the knowledge,” he said.

“Increasingly, countries who are putting costs on their local communities are going to get less tolerant of countries and communities that aren’t doing their share.”

The clock is ticking this year. With November’s COP26 UN climate conference in Glasgow, the country will need to stand up in public and reaffirm the commitment to meet its goals or why it won’t.

The climate change commission, established under the Zero Carbon Act, has created Sunday’s carbon budget to set a path for the government to meet its targets, which are a 10% reduction in methane emissions by 2030 and then a methane reduction of up to 47% by 2050. All other emissions must be net zero by 2050.

If the country is willing, there are some advantages to coming late. Some proven technologies, including wind and solar power, are cheaper than they were a decade ago. The commission itself is based on similar work by the UK government. Finally, while the government has been slow to respond, big business and local government has shown some urgency according to Carr, as they’ve begun to see the  need to adapt and scale of risk from a changing climate.

“We have to have a thriving society that is climate-resilient and low-emissions in the future. That’s our vision,” he said.

New Zealand’s legislation is ambitious and this is one of the few countries that has set itself a net zero target. However, there’s been very little of a society-wide push, either in legislation or through government action, to achieve that goal. The commission’s emissions budgets will set a path, with a plan to restrict emissions over three five-year plans until 2035.

After the report’s release on Sunday, there will be a six week period of public consultation. Final advice will be provided by the end of May. The government won’t need to accept the commission’s recommendations, but if it doesn’t, it’s legally required to unveil its own plan by the end of this year.

At an announcement yesterday on new requirements for lower emission biofuels and imported cars, prime minister Jacinda Ardern said she expects the commission’s report will push her government much further.

“The commission’s advice is likely to ask a lot of all of us and require action in all sectors. Today’s announcement is a good step towards what needs to be done,” she said.