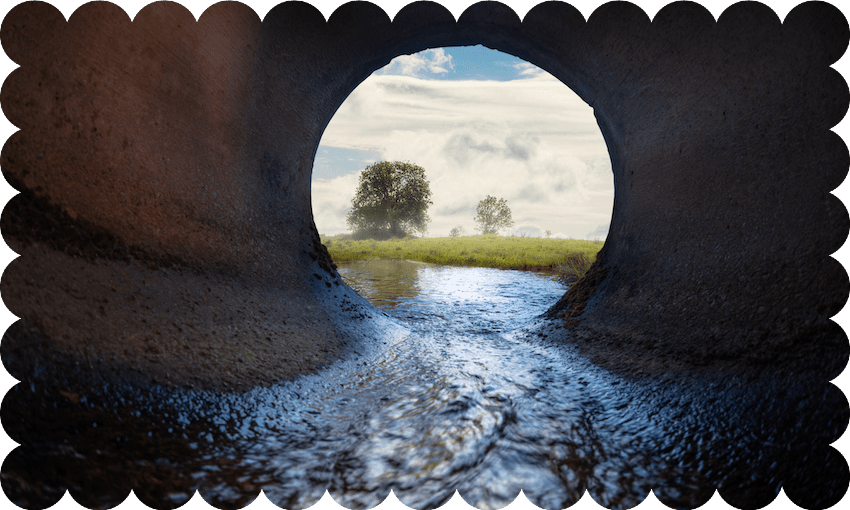 Labour is sticking with its Three Waters plan and National is steadfast in its opposition to it. Voters will now decide on the debate at next year’s election, Justin Giovannetti writes.

Following months of near revolt by local leaders, the government is moving forward with an amended plan for its contentious Three Waters programme. The changes could mollify some of the proposal’s critics, but opposition at parliament remains.

The ideas behind Three Waters have been bubbling away for nearly two decades, according to local government minister Nanaia Mahuta. In theory it’s simple enough: merge 67 council-owned authorities responsible for managing drinking, waste and storm water into four large regional entities. Instead of local politicians who have balked at rate hikes needed to fix broken pipes, a new class of administrators will instead send locals a utility bill for water.

As Mahuta sees it, the case for Three Waters was made by the 2016 contamination of Havelock North’s water supply. Each broken pipe, sewage incident in the capital and beach closed by bad water since then has only added to the need for a wholesale overhaul. The rotten state of the country’s water infrastructure and the need to rebuild it to a more resilient state before the worsening weather of the future will also come with a price tag few councils could afford.

“You only have to look at the number of burst pipes, boil water notices and the volume of sewerage spewing into our harbours to see we can’t carry on as we are,” said infrastructure minister Grant Robertson, standing in front of Porirua harbour on Friday.

What might have appeared simple in the Beehive has not had the same receptions at councils across New Zealand. Many fear the loss of operational control over their local pipes, as well as the disappearance from their books of an asset they had built up over decades. For many communities, pumps and the pipes running under streets are the most valuable assets a council owns.

To deal with councils’ concerns, the government asked a working group to make recommendations to improve Three Waters. The government has now accepted nearly all the group’s findings and set a target date of July 2024 to get Three Waters in place. The result of the work is a complicated three-step governance structure for the new water utilities.

At the highest level, councils will now be granted “shares” in a regional representative group. Each of the four new utilities will have one of these groups. For each 50,000 residents, a council will get one share in their local group. The shares won’t have financially value, but will give councils ownership of the utilities. The groups won’t make any operational decisions about infrastructure or costs, but will only provide strategic direction. They’ll also be responsible for appointing people to the next level down, the board.

A water service entity board will run each utility, providing oversight and making decisions about maintenance and new infrastructure. The utility itself will then provide day-to-day Three Waters services.

One of the aspects of the plan that has created the most debate will remain unchanged. The regional representative group, from where local council’s can appoint each utility’s leaders, will be a co-governance agreement with mana whenua. The government has stopped short of requiring council and mana whenua co-chairs as suggested by its working group, although it’ll encourage the practice along with consensus decision-making.

Anyone who has driven through provincial New Zealand this year has likely seen the “Stop Three Waters” signs that dot fence posts and state highways. For many of those people upset or anxious about co-governance, an issue that has risen to greater prominence as the Three Waters plan has reached its crescendo, the government’s decision will only fuel more distress.

For Mahuta, Three Waters will provide a new arena where councils and mana whenua can join to make decisions together for healthier communities and a more sustainable future. “Māori have a long-term interest in the sustainability and mauri of water. In fact just this morning we went out to visit a wetland here in Porirua and heard many other initiatives about how nature-based solutions and working with the land can improve community outcomes. That’s the kind of future we want to see everywhere around the country,” said Mahuta yesterday.

Auckland’s outgoing mayor has approved of much of Three Waters, but Phil Goff continued his opposition to the plan’s treatment of the country’s largest city. In exchange for providing 93% of the assets for the new northern water utility, Auckland council will get four of 14 seats on its local regional group. According to Goff, Auckland is being punished because other councils wouldn’t invest.

Stuart Crosby, the president of Local Government New Zealand, thanked the government for making changes to its plan. “Everyone in the local government sector is advocating for change to our water systems, even those opposed to the government’s model. No one thinks the status quo is sustainable,” he said in a statement.

The opposition now shifts to parliament, where National and Act have come out against the revised plan.

National local government spokesman Simon Watts called it an “asset grab” by the current government “According to the government, local councils will still be the ‘owners’ of their assets, but they won’t actually have any control over them. It’s like saying you own a house but don’t get to decide where to put the furniture,” he said. The opposition has promised to cancel Three Waters if it wins next year and leave water assets with local councils.