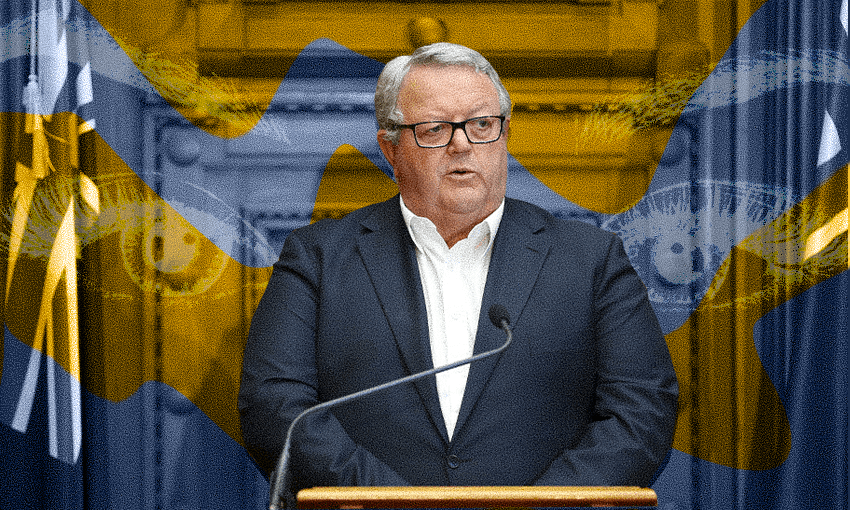 The country’s two main parties are trading shots after a poll was leaked showing Labour ahead in the East Coast. National’s deputy leader called it a push poll only for Labour to release the details of a poll without any sign of push.

Labour is hitting back at allegations from the National Party that it paid for a “push poll” showing Kiri Allan poised to take an East Coast electorate that has been blue for nearly two decades.

Gerry Brownlee, National’s deputy leader and campaign chair, sent out a flaming press release just before noon where he accused Labour of using a push poll to deceive voters and put the party ahead in the electorate. The Rotorua Daily Post ran a prominent story about the poll this morning.

“Labour’s campaign is faltering and leaking push polls to try to get candidates over the line is pretty desperate stuff,” said Brownlee.

“Push polling is a dodgy and coercive political tactic and Labour has serious questions to answer if it is deploying such a method in our election”.

The Spinoff then contacted the Labour campaign and was provided with the poll questions and detailed results from the East Coast electorate.

The material provided to The Spinoff does not correspond with a push poll, but lists a number of standard poll questions. A push poll is a deceptive polling tactic where questions are posed in such a way as to manipulate responses. That does not seem to be the case here.

“We utterly reject Mr Bronwlee’s claims about this poll and any allegation of push polling. We are releasing the script and the results of the poll which shows clearly that the questions are standard for surveys of this type,” Labour campaign manager Hayden Munro said in a statement.

A spokesperson for the National Party said Brownlee wasn’t alleging that Labour has used push polls but was only asking if they were doing such things.

Brownlee’s press release twice states that Labour is conducting push polls and once asks whether they’re doing it, as noted in his statements above. This is not the first time Brownlee has been only asking questions.

The initial story in the Rotorua Daily Post omitted that the poll wasn’t conducted by Labour’s usual pollster UMR, but by research company Community Engagement Limited. Brownlee said in his press release that the company is run by two people close to Labour and leader Jacinda Ardern.

The poll shows Labour at 46.9% of the party vote, well ahead of National’s 28.6% in the East Coast seat. Both the Greens and NZ First are below 5% support.

Kiri Allan, a list MP who is a rising star in Labour, would be expected to get 40.5% of the local vote, closely followed by National’s Tania Tapsell at 35%, the poll suggests. Anne Tolley, who has held the seat for National since 2005, is stepping down.

While Allan is trailing the party’s popularity, the poll shows that Ardern’s leadership has helped her gain votes, with 52.3% of voters saying they’d be more or much more likely to vote for Labour locally because of Ardern. On the other side of the ledger, 28.7% said they were less likely, or much less likely, to vote Labour because of Ardern.

While Tapsell is doing better locally than the support for National, the poll says she’s been dragged down slightly by her leader. About 44% of voters said they were less likely or much less likely to vote for Tapsell because of Judith Collins’ performance, while 34% said Collins’ leadership made them more likely to support the local National candidate.

It is unclear how the poll was provided to the Rotorua Daily Post.