The impact of smoking cannabis during pregnancy will be the subject of a groundbreaking new study out of the University of Canterbury. Mirjam Guesgen speaks to the researchers looking to clear the air.

Doctors advise against it. The Midwifery Council condemns it. The Ministry of Health says to stop it. Yet, it’s likely there are still people out there who are pregnant and smoking weed.

Despite strong warnings that cannabis can seriously harm your baby, the science is less clear. Unlike the effects of alcohol on an unborn infant, where there are years of research showing the potential harm, the effects of cannabis on a foetus remain as hazy as a hotboxed bedroom.

Now, a University of Canterbury genomics researcher has been granted just over $100,000 to look at the effects of weed smoking during pregnancy on the genes of future offspring. It will hopefully be the first in a series of projects that will help clear the air about whether smoking weed during pregnancy is safe.

“It’s sort of touted as something that’s ‘safe’, in inverted commas,” says Amy Osborne, who heads the research project. She says people in the US are using cannabis in the early months of pregnancy to combat morning sickness or loss of appetite. “They think that that’s OK but we just don’t know,” she told The Spinoff.

Aside from making people feel less ill, people also use weed during pregnancy to help them sleep or quell anxiety or depression.

Osborne’s area of expertise is environmental epigenetics, or how the environment affects how our genes are switched on and off.  She and her team have discovered through previous research that smoking tobacco during pregnancy is linked to potential changes in how some brain-development genes are turned on or off in the baby. Those changes, their study concluded, could be what led to behavioural problems for the kids down the road.

This new project is a natural progression of that research, Osborne says. “We can see these associations in the neurodevelopment of the baby for tobacco smokers, but does cannabis tell the same story?”

Her team will be taking DNA samples from people whose maternal parent had smoked weed during pregnancy. They’ll use people from the long-running Christchurch Health and Development Study as well as a group in the UK.

Within those samples, they’ll be looking for particular chemicals that sit on strands of DNA that control how genes for brain development are turned on and off. They’ll then compare the DNA from kids whose mum used weed while pregnant to DNA from people whose mum hadn’t. 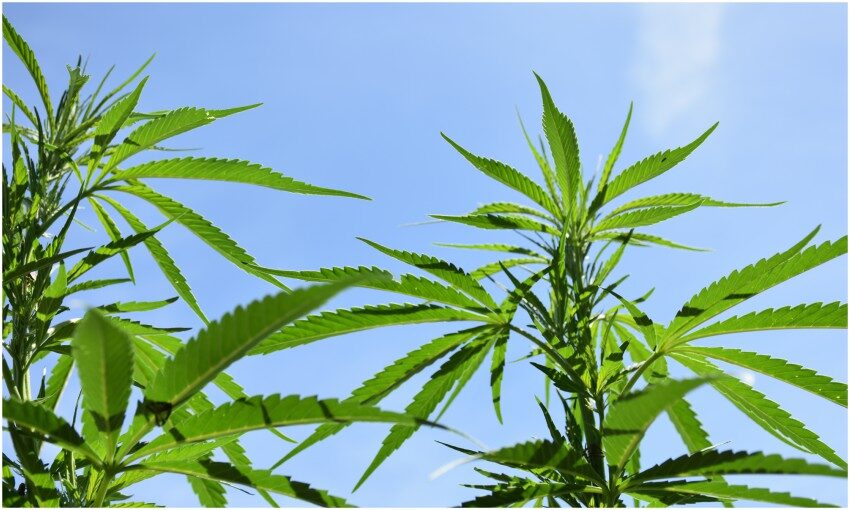 The impact of weed on brain development is the focus of a new Canterbury study (Photo: Lazingbee/iStock via Getty)

This kind of study will hopefully be complemented by a later experimental study, yet to be funded, where Osborne’s team will create a lab model of human brain cells, dose them up with the main psychoactive and non-psychoactive ingredients of cannabis (THC and CBD) and look for similar effects on epigenetics.

“We can then try and show a bit of cause and effect. The thing with all these [other] studies is that you can show associations but you can’t show the functional side [of how it works],” she says.

Osborne says they’re not on one side of the fence or the other on the issue but are just trying to add to the available research, which is currently lacking.  “We’re not trying to say it’s bad or there’s no problem at all. It’s about building those incremental knowledge gains so that we have the power to make those calls and people can educate themselves.”

It’s unclear, scientifically speaking, whether using weed during pregnancy is harmful. Still, almost all recommendations around cannabis use during pregnancy err on the side of caution, saying to stop using if you’re trying to get pregnant, are pregnant, or are breastfeeding.

THC, the compound in weed that makes you feel high, can cross through the placenta from the parent to the foetus. We know pretty much nothing about what happens if a parent is using CBD only, the non-mind/mood-altering compound of weed.

According to the Lower-Risk Cannabis Use Guidelines, a set of recommendations based on scientific evidence and designed to inform governments making decisions about legalisation, the evidence is limited. “Limited” is the second-lowest rank they give to the strength of the evidence, higher only than “no or insufficient”.

Several big reviews combining scientific studies have linked cannabis use during pregnancy to early birth, lower birthweight, time in the neonatal ICU and lower Apgar scores, which gauge how well the baby is doing in the first couple of minutes of life.

These are all what are called observational studies, where researchers are looking for links between things, which doesn’t tell them if one caused the other. Plus, there are mixed findings between studies, with several contradicting each other.

For example, one 2021 study found that babies born to mothers who identified as having cannabis use disorder (addiction) were more likely to die within one year of being born. A New Zealand study from 2007 backs this up, but the authors caution that more research is needed. Yet another study found no such link when other factors like birth weight or the age that the baby was born at were controlled for.

Studying the effects of cannabis use in general is tricky. Many of the health effects of weed smoking can be muddled by people also smoking tobacco or drinking, or other socioeconomic factors. Add to that the fact that people are often hesitant to say they’re smoking weed while pregnant, and things get even more complicated.

New Zealand is considered a high use country, along with North America and Australia, so it’s likely there are people using weed while pregnant. The latest New Zealand Health Survey stats say that just shy of 15% of adults reported using cannabis in the last year and in 2018, the Health Promotion Agency found 8.5% had smoked in the past 30 days.

According to the NZ Drug Foundation, there aren’t any figures on how many people use weed while pregnant. Even if there were, the numbers would likely be an underestimate given the stigma associated with the drug. Perhaps this is even more reason to know with clarity what the effects could be, allowing people to make a fully informed choice in future.