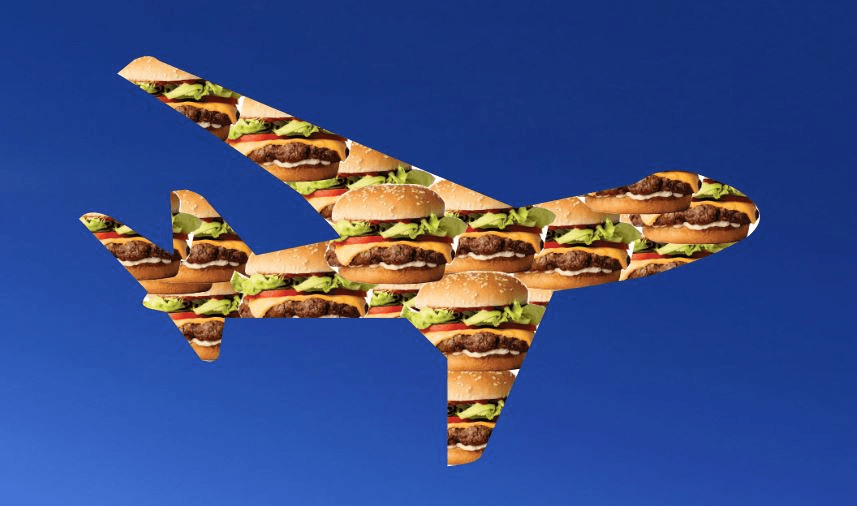 Air New Zealand caused a storm by announcing the ‘Impossible’ Burger will be made available to a tiny sliver of customers – a move described as an ‘existential threat’ to the meat sector by NZ First’s Mark Patterson. And genetic engineering is central to the synthetic meat’s success, explains Dr Siouxsie Wiles

This week, Air New Zealand announced that Business Premier “foodies” on flights from Los Angeles to Auckland would be able to try out the “plant-based goodness” that is The Impossible Burger. Lamb + Beef New Zealand, which represents sheep and beef farmers, is clearly peeved that our national carrier wouldn’t rather showcase some great Kiwi “grass-fed, free range, GMO free, naturally raised” meat instead. Mark Patterson, NZ First’s spokesperson for Primary Industries went so far as to issue a press release calling the announcement an “existential threat to New Zealand’s second biggest export earner”. Meanwhile, vegetarians on social media are left a bit puzzled as to why Patterson is so against them having a special vegetarian option for dinner. My guess is it’s because The Impossible Burger is no ordinary veggie burger.

The Impossible Burger is one company’s response to the fact that we simply can’t afford to continue feeding the world’s growing population using our current land-hungry, water-thirsty, pollution-heavy and extinction-inducing ways of producing food. It is the culmination of years of scientific research to create a vegetarian alternative to the humble minced beef burger patty that has the look, smell and taste of a delicious juicy burger but without the environmental impact that comes with farming cows. And that’s because The Impossible Burger isn’t aimed at vegetarians. It’s aimed at meat-eaters. And to make it appeal to the most committed carnivores among us it uses genetic modification technology.

The first commercial offering from Impossible Foods, a Silicon Valley start-up founded by Pat Brown, an emeritus Professor of Biochemistry at Stanford University the burger, according to its website, is made of water, textured wheat protein, coconut oil, potato protein, soy leghaemoglobin, yeast extract, salt, soy protein isolate, konjac gum, xanthan gum, zinc, niacin, and vitamins B1, B2, B6, B12 and C. An Impossible Burger sizzles like a beef burger patty while cooking thanks to the coconut oil, and chars and browns like a beef burger patty because of the potato protein. It also has a chewy texture because Brown and his team have figured out how to convert their mixture of plant and other ingredients into something that mimics the fibrous nature and tensile strength of animal connective tissue.

But the ingredient that puts The Impossible Burger ahead of its competitors, and will no doubt have the anti-GM protesters up in arms, is the soy leghaemoglobin. Haem (also known as heme) is an iron-containing molecule that binds oxygen. As haemoglobin, haem gives our blood its characteristic red colour and metallic taste, while as myoglobin it gives red meat its characteristic red or pink colour, as well as contributing to its smell and taste when cooked.

Leghaemoglobin is a form of haem found in the root nodules of leguminous plants like soybeans. Here it binds oxygen to protect a process crucial to the health of the plant: the harvesting of nitrogen from the air by symbiotic bacteria called rhizobia. This nitrogen is then converted into compounds the plant needs to grow and compete with other plants. And just like haemoglobin and myoglobin, leghaemoglobin is also reddish-pink. If you cut into the root nodule of a soybean plant it looks like it’s bleeding.

The outgoing chief science advisor to the prime minster, Sir Peter Gluckman, said a few days ago that we are long overdue a really serious chat about genetic modification. And not just about the science behind The Impossible Burger. Genetic modification technologies might be the only way we can really achieve our goal of being predator free. So, what do you say New Zealand? Let’s talk.

Siouxsie Wiles has written about The Impossible Burger and the future of food in the book Kai and Culture: Food Stories from Aotearoa, edited by Emma Johnson, and published by Freerange Press