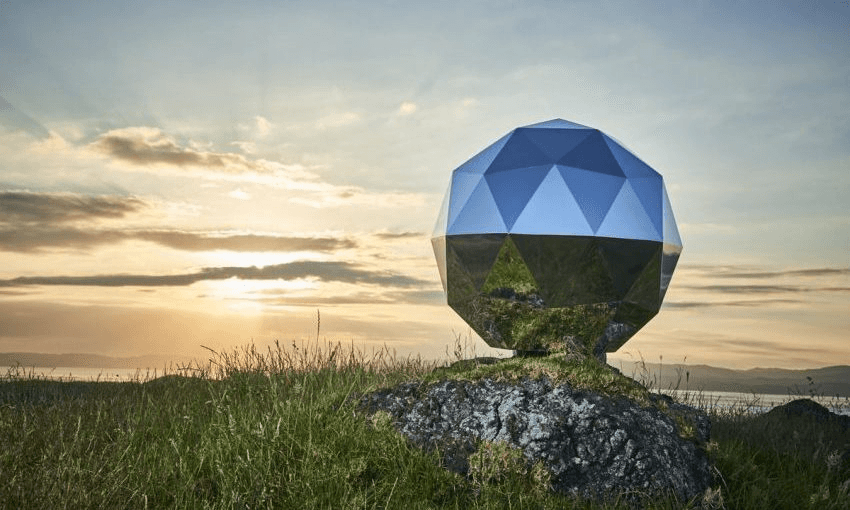 Cheat Sheet: The Humanity Star aka the great disco ball in space

Welcome to the Cheat Sheet, a clickable, shareable, bite-sized FAQ on the news of the moment. Today, the geodesic sphere deposited into space from the east coast of the North Island.

The Humanity Star is the spinny, shimmering sphere that was zapped the other day into orbit from the Mahia Peninsula, New Zealand. A trick up the sleeve of space delivery startup Rocket Lab, the geodesic orb was in the cargo along with the conventional commercial satellites the maiden rocket spat upon space to universal acclaim the other day. It will reflect light back to the human eyes of Earth for nine months before it tumbles back into our terrestrial hovel.

That is not geodesic.

What does geodesic mean?

Obviously geodesic means relating to or denoting the shortest possible line between two points on a sphere or other curved surface.

What is it for?

The Humanity Star is designed to shimmer in the sky and make us think. CEO Peter Beck explains: “For millennia, humans have focused on their terrestrial lives and issues. Seldom do we as a species stop, look to the stars and realise our position in the universe as an achingly tiny speck of dust in the grandness of it all. Humanity is finite, and we won’t be here forever. Yet in the face of this almost inconceivable insignificance, humanity is capable of great and kind things when we recognize we are one species, responsible for the care of each other, and our planet, together. The Humanity Star is to remind us of this.”

“No matter where you are in the world, rich or in poverty, in conflict or at peace, everyone will be able to see the bright, blinking Humanity Star orbiting Earth in the night sky. My hope is that everyone looking up at the Humanity Star will look past it to the expanse of the universe, feel a connection to our place in it and think a little differently about their lives, actions and what is important… ”

Polarised as in the orientation of the lines of electric flux in an electromagnetic field?

As in the reactions are sharply opposed. Rocket Lab has provided something no one would have predicted until recently: a viable space programme just a couple of hundred miles from New Zealand’s best known city, Hobbiton. Some hail the disco ball in the sky as an act of optimism and fascination – an expression of wonder and mortality; an accessible and inspirational act of science.

What were the skies like when you were young? They went on forever.