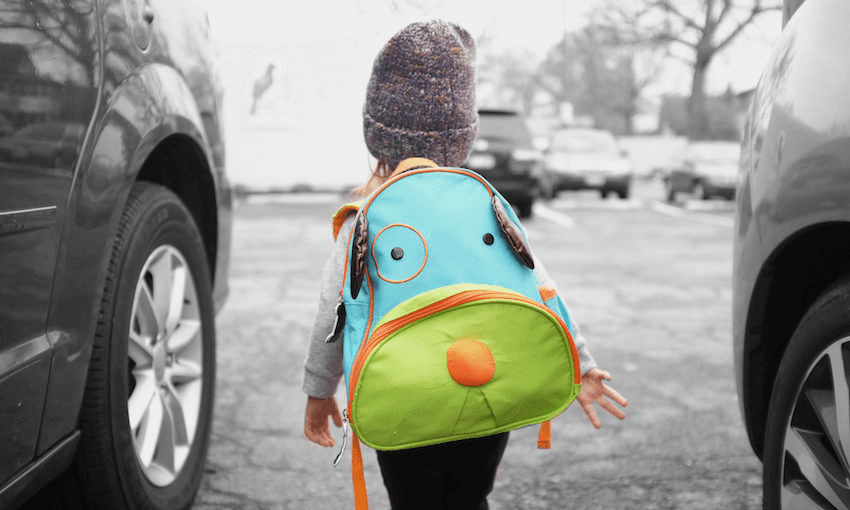 Of the 41 developed countries included in the latest Unicef Innocenti Report Card, New Zealand ranks 35th overall for our child wellbeing, dragged down by a number of poor scores for mental and physical health care. But Jacinda Ardern says the report misses a lot of the child wellbeing gains New Zealand has made over the past few years.

New Zealand’s poor childhood obesity and suicide statistics have secured us a place near the very bottom of a new Unicef report on child wellbeing, but we could be doing much better, says Unicef New Zealand’s executive director.

The annual report card released by Unicef today compares the performances of 41 high-income OECD and EU countries in the world on child welfare issues. From suicide rates to childhood obesity, education and environment, each country is given a ranking, and out of the 41 countries, New Zealand places 35th. The report uses statistics from an array of data from 2016 or later, covering physical health, mental health and government policy relating to children in each of the countries.

It’s not unusual for New Zealand to place so low on this Unicef report. In 2018, when the report focused on education equality, New Zealand placed just 33rd out of the 41 countries.

Vivien Maidaborn, executive director at Unicef NZ, says this dismal statistic is the result of a wide range of factors. She says we can’t hope to change New Zealand’s suicide rate if government welfare policy continues to favour middle-class and high-income people.

“At the moment we’re living out that terrible racist society where we overvalue some people’s contributions and undervalue others,” she explained.

The “wellbeing budget” released in 2019 aimed to address these gaps in funding and address New Zealanders’ poor record with mental health and child wellbeing. Maidaborn says these aspirations were overtaken by the immediate need to respond to Covid-19, but the Covid response highlighted even more of the ways New Zealand’s welfare system was failing those who needed it most.

“People coming from jobs and into welfare support were paid a greater welfare level than people who were already there. Beyond the heating fund and the extra $25 a week in benefits, we haven’t addressed those people who are the working poor, who are unemployed. The children in those households are the same children in that digital divide in schools, and they will be struggling to get back to school or to work from home because they will be in households that will be inadequate for study.”

Prime minister and minister for child poverty reduction Jacinda Ardern says she welcomes the report’s “positive assessment” of our environment, but said in a statement this morning that the report has missed out some key pieces of data about recent investments into the child wellbeing sector.

“The report pre-dates our progress in rolling out the $5.5bn Families Package, setting child poverty targets, lifting 18,400 children from poverty, and improving seven out of nine child poverty measures.”

Ardern says the suicide data used in the report (from 2013 and 2015) is not indicative of the current state of youth suicide in New Zealand, with more recent data showing a drop in numbers.

“While one youth suicide is too many, the New Zealand statistics used for this report are based on average rates for 15-19 years olds between 2013 and 2015. The June 2020 provisional statistics have shown a drop for this age group, down from 73 to 59, with the overall suicide rate at its lowest rate in three years. This underpins the importance of our Suicide Prevention Office and the biggest investment in frontline mental health services ever.”

One of the sections of the report that lets New Zealand down is our high rates of childhood obesity. Using data from 2019, the Unicef report classifies 39% of New Zealand children aged five to 19 years overweight or obese. The only country with a larger percentage is the United States. Maidaborn says obesity is a result of poverty, miseducation and a food system which prioritises imported fast food brands in low-income areas.

“We’ve got more fast food, low nutrition, high-calorie food outlets in low-income areas, we’ve got it in our schools, children addicted to sugar and fat combinations, so this has been a free market failure. Just like housing, we need to think about what we do to support people beyond ‘here’s a new food pyramid, eat differently.’ Food is political.”

She says the density of low-nutrition, cheap fast food offerings in poor areas of New Zealand means many in middle-class and high-income families aren’t even aware of the extent of this problem, and that obliviousness causes a raft of other issues.

“The expert advisory welfare group tried to bring this forward in their report last year, they tried to say if you’re in middle and high-income New Zealand, you don’t know how many people in New Zealand are struggling, not just week to week, but day to day.”

In their 2019 report, the welfare advisory group identified that poverty often results in a wide range of negative children’s outcomes, including cognitive development, school attainment, health and social, emotional and behavioural development. The group called for a “fundamental change” to the welfare system.

Maidaborn says New Zealanders should be shocked by this report, but she’s hopeful that the community still cares about addressing the inequalities it highlights. “It’s only if we care about inequality that any government will be persuaded to invest in it, so we have to care a bit louder.”