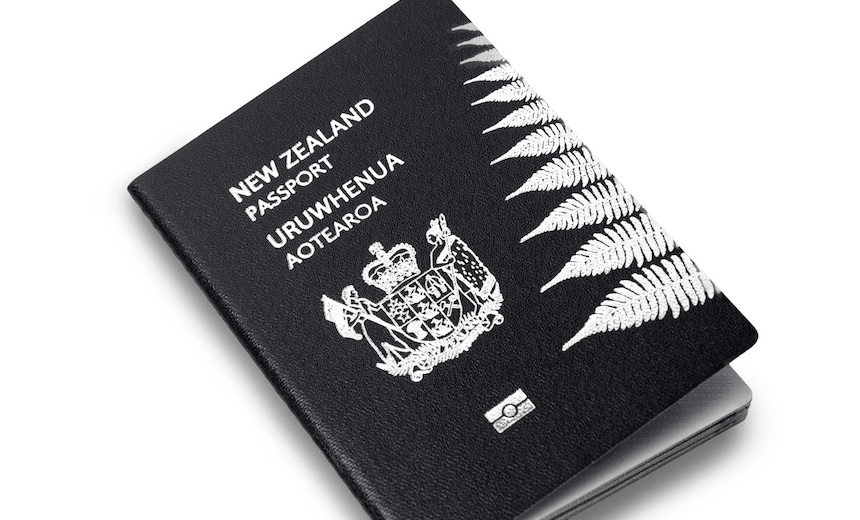 The Citizenship (Western Sāmoa) Act is New Zealand’s most racist immigration law. Why is it still on the books?

There has been widespread condemnation in NZ over Trump’s visa ban, but we could show our words aren’t empty by undoing some of our own discriminatory immigration laws – and one in particular, writes Graeme Edgeler.

US President Donald Trump recently issued an executive order prohibiting the entry into the United States of refugees for four months, and prohibiting entry into the United States of citizens of seven named countries. The New Zealand government has offered some criticism, and members of the opposition and others have been more trenchant. Of course, there is little New Zealand can do directly to force a change.

But New Zealand could show that its words aren’t empty by undoing some of its own discriminatory immigration laws – one in particular still largely unchanged in the 35 years since they were passed.

When I wrote last year about the criminal offences in the Maori Community Development Act, some of which can only be committed by Māori, I called it “New Zealand’s most racist law”. But those parts of that Act are mostly racist in theory: it’s been a very long time since anyone’s been convicted of serving alcohol at a gathering of Māori.

In that piece, I noted that there were other racist laws. One I mentioned was the Citizenship (Western Samoa) Act 1982. In a sense, this law is worse than anything in Trump’s recent executive order. Trump’s order denied entry to the United States of people with a lawful right to be there (those with visas, and even initially, those with permanent residence), based on their country of origin. New Zealand’s treatment of Western Sāmoans went further – cancelling the citizenship of people legally entitled to it.

Some background: in 1982, Falema‘i Lesa, a Sāmoan citizen living in New Zealand, was prosecuted for overstaying. She argued she wasn’t overstaying, as she said she was a New Zealand citizen. The claim was clever, but somewhat of a surprise: Lesa had entered New Zealand on a visa, which had an expiry date. But she prevailed.

Seems obvious, but was someone born in Sāmoa in 1946, like Falema‘i Lesa, a British subject at birth? The government thought not, and if they weren’t, then they didn’t automatically become a New Zealand citizen under New Zealand’s new citizenship law. The Court of Appeal agreed with the government. But that decision was overturned by the Privy Council, which ruled that the law which governed British nationality meant that people born in Western Sāmoa were British subjects, and those who were alive in 1948, automatically became New Zealand citizens.

That didn’t last long. After the loss in the Privy Council, the government hurriedly changed the law: Falema‘i Lesa was declared to be a citizen, but the automatic right of citizenship every other Sāmoan-born Sāmoan born before 1948 had, and the rights to citizenship by descent their children might have had, were stripped from them.

It was 1982. Muldoon was prime minister, and his government decided they just didn’t want a whole bunch of new New Zealanders with automatic rights to come here. After all, he’d won an election by campaigning against Pacific immigration, and had greatly expanded the dawn raids started under Norman Kirk. Partly pragmatic, but clearly racist, and more clearly so with the passage of time.

The group whom this directly affects (Sāmoans born between 1920 and 1948) is getting smaller. But there are people alive today who were not just entitled to become New Zealand citizens, but who were New Zealand citizens, whom the government stopped being citizens because it didn’t like where they were born. And the law the government passed to strip these citizens of their citizenship, the Citizenship (Western Sāmoa) Act 1982, is still the law.

At the time, the solution had some pragmatism. The Sāmoan government supported the law, perhaps fearing depopulation. But this doesn’t change the character of the law. New Zealand passed a law in 1982 stripping people not just of a right to enter New Zealand, but of their New Zealand citizenship.

Undoing this is wouldn’t necessarily be easy. New Zealand doesn’t have the power to legislate over Sāmoa any more, so the government couldn’t necessarily impose citizenship on a whole bunch of people who are (now) not New Zealand citizens, who might not want it. And the Citizenship (Western Sāmoa) Act provides benefits to Sāmoans, making gaining citizenship in New Zealand easier if they can obtain permanent residence. But New Zealand still passed a law cancelling the citizenship of a bunch of people simply because of the country they came from, and no government over the last 35 years has seen fit to undo it.

If New Zealand wants its voice on the world stage to carry weight, the stain of the Citizenship (Western Sāmoa) Act is one of the things the government should fix.