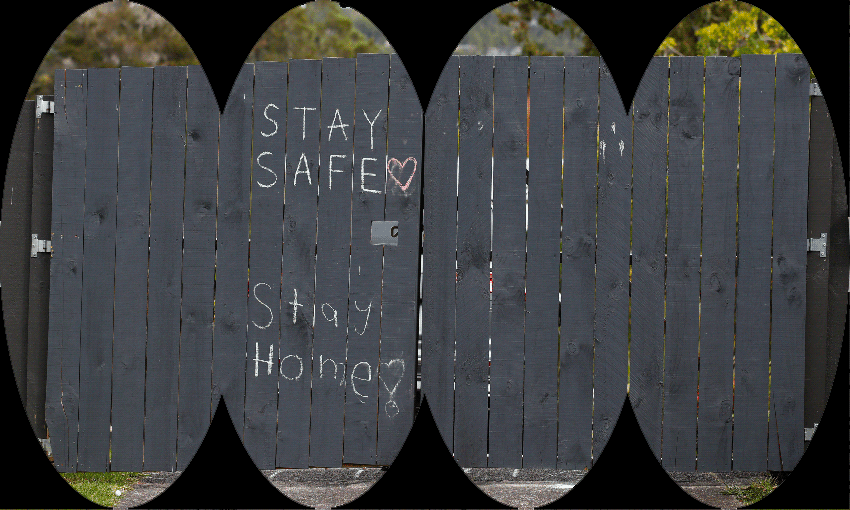 New research shows that for people suffering from depression and bipolar disorder, the Covid-19 lockdowns made things significantly worse. So what measures can we take if they happen again?

We all had our lockdown rituals, some healthier than others. But, one day last year, during Auckland’s never-ending Covid-19 lockdown, my self-care routine – mostly podcasts, home-made fried chicken and the occasional bike ride – went out the window.

Several weeks into what became a months-long lockdown of varying alert levels and steps, and after another lunchtime presser that confirmed an increase in infections and another two weeks of stasis, I turned to something I’ve never turned to before in an attempt to help get me through: gin.

I never drink gin. I can’t handle gin. I drank way too much gin. By 6pm, I was asleep on the floor, an oversized hoodie covering my head, smothering the snores. A photo commemorates this rare occasion. I haven’t been able to look at it. I haven’t touched the stuff since.

It’s a memento of a terrible time, a period when we collectively felt stuck, helpless, and thoroughly over it. Many of us – even those with usually robust mental health – experienced similar moments of despair.

But for those already suffering from depression or bipolar disorder, the lockdowns had a particularly serious impact, according to new research from the University of Otago.

“Our results show there is a definitive link between Covid-related disruption to circadian rhythms and worsening mental health in those with existing mood disorders, namely depression and bipolar disorder,” says professor Richard Porter.

The University of Otago’s psychological medicine department head helmed the New Zealand leg of an international research project examining the mental health of respondents in six countries (New Zealand, Australia, Scotland, Canada, the US and Holland). It was conducted during the period of the first New Zealand lockdown of 2020, with over 50% of the 997 participants from Aotearoa.

Of the total participants, 50% had been pre-diagnosed with bipolar, the other 50% with depression. From April to June 2020, locked-down participants were continually surveyed to ask how they were feeling. Surprise, surprise: most reported a change in mood, and it wasn’t positive.

Porter was surprised by just how severe the symptom changes were in participants, and is calling for more attention to be paid to the mental health crisis uncovered by his research, especially as the pandemic is expected to continue for another five years and further lockdowns have not been ruled out.

“The fact that nearly 40% of these already vulnerable people reported their symptoms as moderate to severe raises concern,” Porter says about his research, which is being published in the Canadian Journal of Psychology today.

It’s not just those with pre-existing conditions who can be affected by the breaking down of daily social rituals and routines. “Every process in the body works on a circadian rhythm. It’s really important that they’re synchronised and regular,” says Porter, who compares it to jet lag and shift work. “I think everybody can be affected by these disruptions. … Over the short term, most people feel pretty bad when they travel around the world. Many people find variable shift patterns really difficult.”

His research is consistent with other papers that show Covid’s social restrictions “doubled people’s odds of experiencing mental health symptoms”, as reported by The Conversation earlier this year. But Porter’s research has a wider impact: it could help anticipate mental health issues caused by other disasters, and formulate responses to them.

“These results show it’s important we recognise the vulnerability of those with mood disorders when faced with disruptive situations such as Covid-19, earthquakes or other major upheavals in their lives and consider doing more to help them maintain their mood and mental health,” Porter says.

Like many, the thought of having to endure more lockdowns sends a shudder down my spine. I’m not into it. But I don’t have a say in whether or not that happens. That’s up to the Covid gods. Porter, however, is engaged in more research that could help us cope if they happen again. His advice is to get outside during the day, wake up and go to sleep at the same time day to day, and organise daily rituals to look forward to, like exercise or talking to friends over Zoom.

As for doughnuts and gin? “I may have done it myself,” says Porter, “but I can’t really recommend them.”