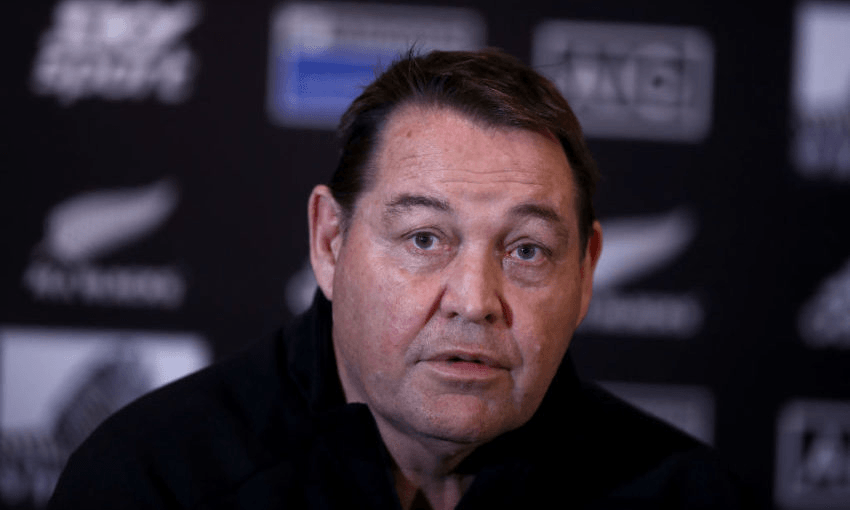 The problem with Steve Hansen’s ‘not a gender thing’ comments

In defending the selection of Sevu Reece, All Black coach Steve Hansen has said he doesn’t believe domestic violence in New Zealand is about gender, but a ‘New Zealand problem’. He’s half right, writes Josie Adams.

Last year, Sevu Reece was discharged without conviction after he was caught violently beating his girlfriend, leaving her with injuries to the face, waist, and knee. He was stood down for one game and fined $750. He says he’s moved on. “That’s all in the past and all that has been dealt with,” he told 1 News in April. The domestic violence incident was eight months ago.

After being discharged by the court, Irish club Connacht cancelled a contract with Reece. He was quickly picked up by the Crusaders, and now the All Blacks. When asked about this choice, All Blacks coach Steve Hansen defended Reece strongly, suggesting the young player might have acted out of frustration in a singular event.

In an interview with Radio Sport’s Jim Kayes, Hansen made it clear he didn’t believe domestic violence was related to attitudes towards women. “Having been a policeman, I’ve seen plenty of it, and I know it’s not just restricted to males assaulting women, women assault males too,” he said. “It’s not a gender thing, it’s a New Zealand problem.”

Hansen echoed the old John Banks adage that a boy in sport is a boy out of court, saying: “when you look at this particular case, rather than asking the question ‘why has rugby brought Sevu in and looked after him?’, the question I’d ask is ‘what would happen if we didn’t?’”

At only 22 years old, Reece has time to grow as a person, said Hansen. “We can break the cycle of domestic violence.”

Rehabilitation by positive masculine role models could of course be life-changing for Reece, not to mention his future partners. But whether the Crusaders, the All Blacks, or rugby players generally can be held up as positive role models is another matter.

The review was made up of a panel of independent experts, who had the goal of developing guidelines for New Zealand Rugby to help create an environment that fosters good off-field behaviour in addition to their on-field performance. It looked very heavily at players’ treatment of women, as this was a topic that came up repeatedly during an initial survey.

When approached for comment, Kathryn Beck — chair of the NZ Rugby Respect and Responsibility panel — was reluctant to comment on the individual cases of Reece and Hansen. However, she did acknowledge that NZ Rugby is in a unique position to provide leadership and support to those impacted by family violence within the rugby environment. According to Beck, NZ Rugby has “a comprehensive and integrated approach focussing on gender equality, prevention through education and awareness programs, and the provision of support to individuals and their families”.

The panel made recommendations to NZ Rugby based on investigating 36 incidents, which consisted of inappropriate sexual behaviour, violent behaviour to team members or coaches, drug and alcohol offences and homophobic slurs. One of the key recommendations they made was gender equity across all levels of New Zealand Rugby. “[The review] has a very clear focus on women,” said Beck at the time of the review. “Having a female chair, I think, was quite deliberate and very important.”

Former Black Ferns captain Dr Farah Palmer, who is on the boards of both New Zealand Rugby and Sport New Zealand, hadn’t heard Steve Hansen’s remarks and didn’t want to comment on them directly. “I do believe it’s something that impacts on women and children in particular,” she said.

“The majority of victims of domestic violence are women and children. So I’m a great believer in the fact New Zealand Rugby is wrapping support around its players and that we’re taking these issues seriously.”

Asked if domestic violence has its roots in attitudes to women, she answered: “I think there’s this idea that masculinity and femininity, kind of, one needs to be more dominant than the other. For me, I think that is the issue, the way we that we think about our gender and the roles we supposedly play. We are slowly changing.”