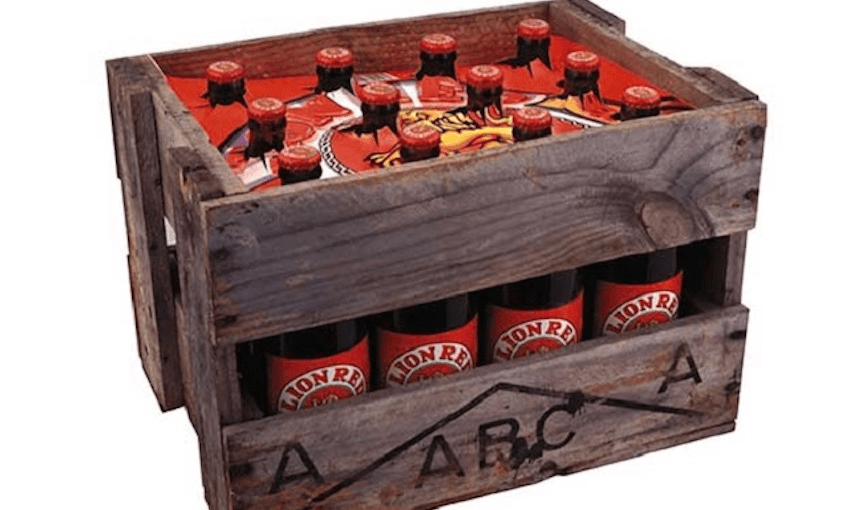 Since their debut in late 2016, the Critic Booze Reviews – thoughtful reviews of the cheapest alcohol available to New Zealand man, woman or beast – have become a social media sensation. Now we’re delighted to bring them to The Spinoff. This episode: Lion Red.

This article was originally published in Critic Te Arohi, the Otago University magazine. Read more about The Booze Review here.

As a man of the South, I had never even seen Lion Red for sale before, so when I was supplied a box to taste test, my tribalism naturally wanted me to hate it. I was ready to yell about JAFAs and traffic and everything else that’s wrong with Auckland, like a good hillbilly should.

But as I downed can after can, no matter how much I drank, I was unable to find a fault with this solid drop. That’s not to say there’s a whole lot right with it, there’s just nothing wrong. It’s a perfectly adequately brewed beer. Like some good hearty missionary sex, Lion Red is nothing to write home about, but it’s still satisfying anyway.

You know how in movies a character walks into a bar and says “I’ll have a beer thanks” and the bartender immediately stars pouring one, despite at no point specifying what brand or style of beer they would like? I reckon that’s because they’re pouring Lion Red. It’s just bang on, definition beer. Of all the beers, it is the Median Beer.

It’s got just enough body to have some flavour, just enough bitterness to be refreshing and crisp. It’s not as tasteless as an Export Gold, but it’s not as flavoursome as… well, good beer. Of all the generic NZ draught style beers, Lion Red is the most generic.

That guy whose “hobbies” are watching rugby and playing Call of Duty – as if they are defining character traits and not just things that everyone in the fucking country does all the fucking time? That’s the kind of guy that drinks Lion Red.

Tasting Notes: Initial scent of beer, followed up with a malty, hoppy, beer taste, and a refreshing beer finish.

Pairs well with: Anything really. Playing backyard cricket, studying, babysitting. Whatever you happen to be doing at any given moment, a Lion Red is a nice addition.