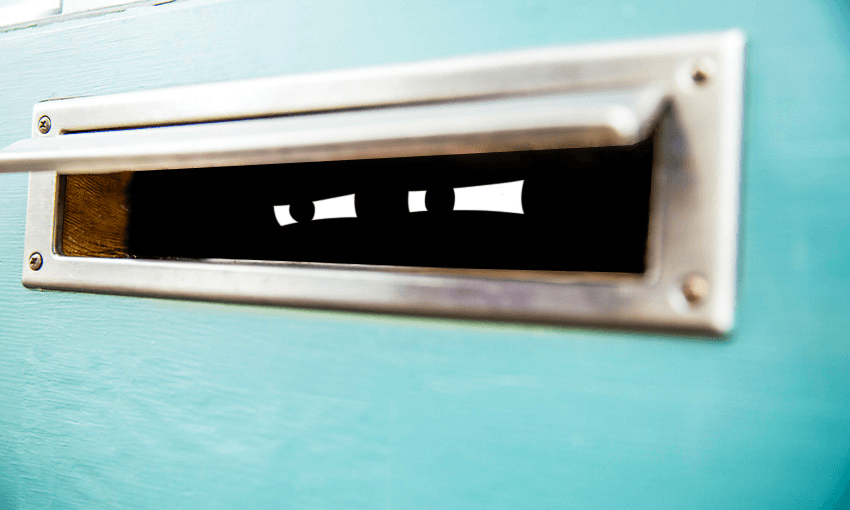 Frustrated residents say the disappearance of post from a leafy Auckland suburb is ‘out of control’. But who’s responsible?

One says they ditched their mailbox for a PO box after two years of tampering. Another is scared to go out at night in case they come face-to-face with the perpetrator. A third is suffering nightmares. “The idea that people are lurking around at all hours to wilfully damage and steal from us is terrifying,” she says.

There’s fear, anger and exasperation on the streets of Ellerslie amid a growing trend of thefts from residential mailboxes. Many residents think the problem is getting worse, and that not enough is being done to stop it.

A quick search through the Ellerslie Facebook community group finds countless reports of mailboxes being broken into, with letters and parcels ripped open and their remnants scattered across the road. Reports of mail going missing or being damaged date back to 2017, but some claim it’s been going on even longer.

Many of those who post to the group have snapped photos of alleged offenders they say were caught in the act. Is the culprit is a woman with a pram? Is it several young people seen snooping? One commenter claims there are Facebook posts “nearly every day” reporting similar incidents in the area.

“What’s happening to our lovely suburb?” the residents of this East Auckland suburb ask.

Another question asked often: is anything being done to stop it?

Ellerslie resident Paul Picot is one Facebook group member left unsatisfied after reporting incidents of mail theft to the police. “I was living on Ballin Street [in Ellerslie] for about four years,” he says. “The last two years, nearly every week my mail was stolen or rummaged through, so I got a PO Box.” It didn’t end there. “I now live at a different address and still every month my letterbox gets tampered with.”

Another victim who wants to remain anonymous says he was angry to discover three recent TradeMe purchases ripped into after returning home from the long weekend. “It wasn’t the value but just the fact that they think they can just take what they want.” A pair of swim shorts went missing, but the contents of two other parcels – some pyjamas and trackpants – were stuffed back into the letterbox along with ripped packaging. “I felt very, very angry and annoyed,” they said.

Apartment block resident Hayley has only lived in Ellerslie for seven months but says the fear of break-ins is making her want to leave. “We haven’t lost anything to my knowledge, but we’ve lost our peace and sense of security. I’ve literally had two nightmares that people have broken into the apartments themselves,” she says. “I feel scared if I get home late by myself in case someone’s lurking, and hold my breath every morning as I check the page for another report of a break-in.”

Hayley says letterboxes for her building have been broken into three times, and another time a man was spotted scoping out the area with a torch. “It only seems to be getting worse. I think everyone in the community is desperate to see action.”

Amid growing concern about crime in the suburb, Ellerslie residents were last week given the chance to put questions directly to local MP Priyanca Radhakrishnan and police officer Don Allan at a “coffee with a cop” event. The small public meeting quickly became dominated by questions about mail theft and what action was being taken to curb the offending.

It’s out of control, said one local. Another suggested a network of thieves could be responsible for coordinated “hits” on apartment blocks and townhouses. “Every single street has been targeted,” the resident claimed. Another said it was getting worse. There were calls for more security cameras in the suburb and for police to do a “mail drop” containing information on how to dissuade mailbox tampering. One individual tiptoed up to the line of suggesting vigilante justice was necessary – an idea swiftly knocked back by others.

What united all of those in attendance last Friday was frustration that the offending seemed to be able to continue. “There hasn’t really been a feedback loop between the police and community to even say that there has been a prolific offender,” one person said.

Allan acknowledged communication could have been better and sympathised with locals’ concerns. He “guaranteed” police were even more frustrated. “We see these people every week, arresting them, bringing them before the court and then they’re released. We’re doing our part, it’s the justice system [that isn’t],” he said. Crime in Ellerslie was up across the board over the past month, he said, although he did not know the exact number of mail thefts reported. Identity theft and credit card fraud were major drivers for mail tampering, along with the proliferation of online shopping, he said.

While he did not go as far a blaming residents for the rise in theft, Allan had some simple advice for them: “Clear letterboxes regularly.” People too often made things easy for opportunistic thieves, he said, and police could only do so much. Continuing to report suspicious activity was also key.

After the meeting, attendee Alison said she hoped it would encourage people to take action. She helps organise weekly community patrols of Ellerslie. “We don’t actually ‘do’ anything, it’s just about being eyes on the street.” She thinks more people need to be proactive about stopping the thefts. While many were quick to write an angry comment about crime on Facebook, few had taken up her offer to join the Ellerslie Community Patrol, she said. “There’s a lot of apathy.”

When approached by The Spinoff last month, a police spokesperson said two people had been arrested in connection with mail thefts in the area and the matter was before the courts.

Do you know more? Get in touch: stewart@thespinoff.co.nz