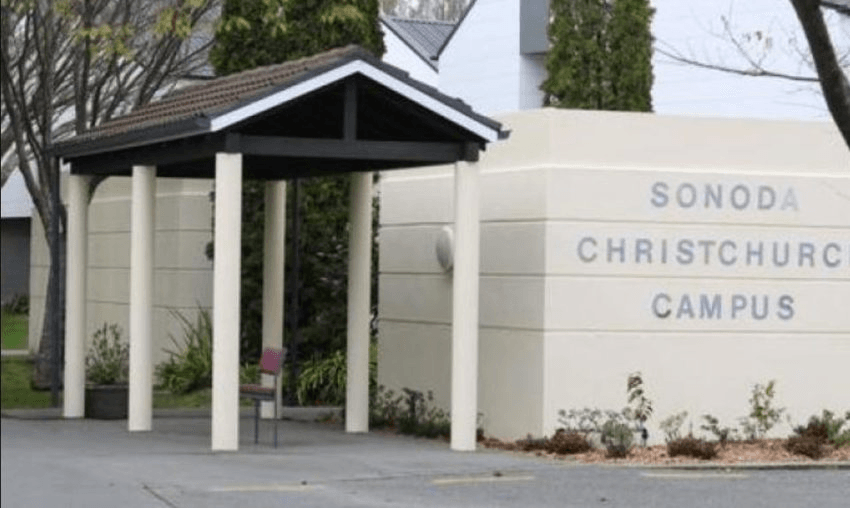 The unnoticed death at a student hall was horrifying. But I wasn’t surprised

I lived in the Canterbury halls where the student was found dead after his absence went unnoticed for many weeks. When I moved elsewhere for months, Sonoda never noticed I was gone, writes Max Towle for RNZ

When I read about how the body of student Mason Pendrous lay undiscovered for weeks at the Canterbury hall of residence Sonoda, I thought it was tragic, but I wasn’t surprised.

I lived in the halls in 2013, and all but moved out to live with my partner for a few months and Sonoda never noticed I was gone.

I didn’t go to a hall of residence straight out of school. I lived with my parents for a couple of years while I studied, then flatted, then moved overseas.

When I moved back to New Zealand to do a postgraduate course at Canterbury University, it seemed more convenient to live close to campus in a place where the basic necessities like a bed, furniture and kitchenware were already provided.

My impression of Sonoda was that it was more independent, more private, and seemed more geared towards older, postgraduate students than other halls were. There were the odd events, like movie nights or board game nights run by two RAs (resident advisors), but these were optional and not many people seemed to go.

I don’t think the RAs ever learned my name, and beyond the people in my corridor, I never really interacted with anyone else at Sonoda. And that was fine by me.

Later in 2013 when I shifted, I didn’t tell those on my corridor. I suppose I should have, but I didn’t feel close enough to them to do so.

I continued paying for the room at the end of the corridor, and slept in a flat a few blocks away.

Occasionally I went back to pick up clothes.

Weeks went by and apparently no-one missed me. There were no calls, no messages. Eventually, a student who lived on my corridor texted me to see if I was OK.

I can understand the outrage currently being directed at the university and the company running Sonoda, Campus Living Villages, over the circumstances around Mason Pendrous’ death.

The university’s vice-chancellor, Professor Cheryl de la Rey, says the circumstances were “inconceivable”, but she is wrong – I can understand exactly how his disappearance from the halls went unnoticed.

The question now is, how much pastoral care should universities and halls of residences provide? Should they keep a closer eye on students? Should they be more attentive, and how do they do this without encroaching on someone’s privacy?

Some halls, like the University Hall at Canterbury, are far more close-knit than Sonoda – there are more RAs, more events, and more students who are keen on a more traditional halls experience.

I paid the fees at Sonoda because I wanted the hall to be more of a landlord than a parent. I know I wasn’t the only one.

But is there a danger in that? University is increasingly becoming a more distant place. There are fewer tutorials, and lectures can be watched on a laptop or a phone in a bedroom.

There’s usually no consequence for students who miss a few weeks of lectures. This isn’t high school. This isn’t a job. There’s no slap on the hand.

But does that mean there needs to be an alert system in place? For instance, should the alarm be raised if a student’s key card isn’t used for more than a week and they can’t be reached by phone?

My hope is that universities across the country are now having these conversations.

My heart goes out to Mason’s family and friends. No parent should have to bury their own child.