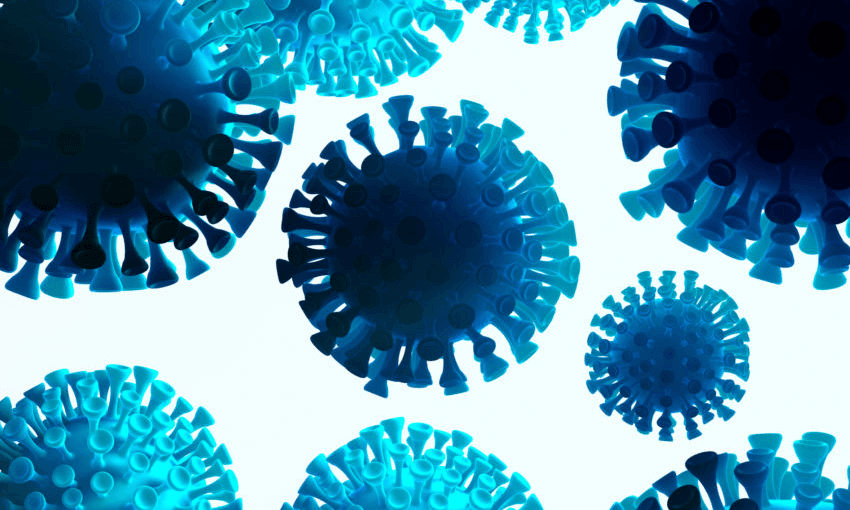 The world is on fire: Siouxsie Wiles’ message to New Zealanders on Covid-19

Think of the coronavirus pandemic as a bunch of fires erupting around the world. Drastic action is required, and that’s why firebreaks are urgent, writes Siouxsie Wiles.

I’m writing this letter because I want to reach out to you all about Covid-19. If you don’t know me, I’m a microbiologist. I have spent the last 20 years studying infectious microbes. I work at the University of Auckland where my lab is trying to find new antibiotics – not very useful when it comes to stopping viruses, unfortunately, but something we are in growing need of for other reasons.

Back to Covid-19. I’ve heard from some people who are really frightened. And I’ve heard from some who don’t think this virus is such a big deal – it’s just a bad flu isn’t it? I’m guessing many of you weren’t expecting the prime minister to suddenly announce that everyone coming into the country would have to self-isolate and that cruise ships wouldn’t be able to dock for at least the next few months. I know lots of people are worried about how that’s going to impact on our economy.

I’m writing this letter because I want to let you know why I am so grateful our prime minister and her cabinet made the decision they did. And the best way for me to do that is to talk to you about fire.

When your house is on fire, you can either do the bare minimum and risk it turning into a raging inferno, or you can do your best to put out the flames completely. If it looks like the house isn’t going to be salvageable you can try doing a controlled burn. That way if fire engines are needed somewhere else, they aren’t all tied up at your place.

Similarly, if your neighbour’s house starts burning, one option for protecting your property is to stand guard with a bunch of fire extinguishers and try putting out any embers that come your way. That obviously only works to a point. If it’s burning too brightly next door, then you’ll soon run out of fire extinguishers. At that stage, firebreaks are going to be needed.

Think of Covid-19 as a heap of fires burning all around the world. At current count only a few countries are actually trying to put out the flames and just a handful have the fire under control. They are the ones who’ve had close shaves with viruses like this one before. Most of the other countries haven’t noticed there’s a fire yet – which is surprising because we can all smell the smoke. Or they are in panic mode because they called in the fire brigade too late, but now aren’t enough fire engines to control the fire.

From what we know so far, about one in every five or six people will need to be hospitalised if they come down with Covid-19. About one in 20 will end up in intensive care, and one in 100 will need a ventilator to help them breathe. In China more than 3,000 people died before they managed to get the virus under control. And they pulled out all the stops to do it. The outbreak in Italy started just three weeks ago and more than 1,400 people have died so far.

Jacinda Ardern has seen the number of fires starting to blaze overseas. She has listened to the experts telling her that those fires are turning into infernos and that fire extinguishers just aren’t going to cut it any longer. So, she’s deploying the firebreaks. In other words, she’s dramatically reducing the chances New Zealand and our Pacific neighbours will end up on fire.

I’ll admit it. I sobbed with relief when I heard her announcement. Because the reality is, we are almost all susceptible to catching the virus. While many of us will only experience a mild to moderate illness, if the virus were to sweep through us as it is doing in other countries, we wouldn’t have enough hospital and intensive care beds or ventilators to care for those who need them. We also wouldn’t have the capacity to care for anyone who had an accident, or a heart attack, or a stroke. Thousands and thousands of Kiwis would die. Our whānau. Our friends. Our neighbours.

Now we have a chance. But our firebreaks might need to be in place for many months, maybe longer. If we lift them too early, we will be back in danger. We might even need to bring in other drastic measures, too, like closing schools and workplaces. If we do, they will be because we need them to keep us safe.

For now, we need to work together to get through this. We need to stop the hugs, kisses, and hongi (feel free to share Toby Morris’s collection of alternatives above). We need to wash our hands regularly. We need to stay away from others if we feel unwell. We need to keep our uninformed reckons to ourselves. They will do us more harm than good.

It’s been a busy week and yesterday I made time to go for a walk along the beach. The sun was a brilliant blue and the water sparkled. It didn’t feel like the world was ablaze. But it is.