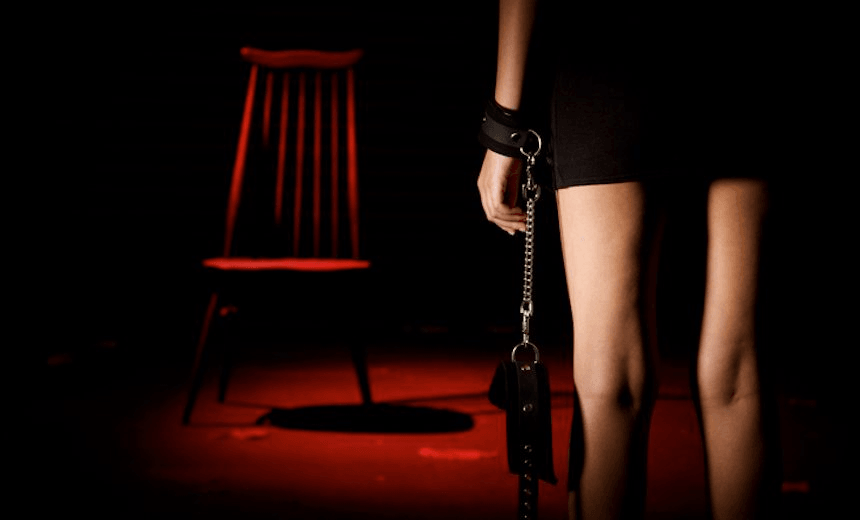 Content warning: Contains explicit content and references to sexual assault and rape, which may be triggering to survivors.

I just had the most uncomfortable conversation with my mum about some handcuffs she found under my bed which I’d left there by accident. To be exact, what she found were not handcuffs but shackles I’ve used for hog tying people. I decided against pointing this out because: awkward as fuck. I’m just so glad she missed the ball gag and the cat o’ nine tails I’d also left under the bed.

By the age of 18 I had been fucking for four years and already I was tired of men using me as some kind of blank sexual object on which they inscribed their own sexual fantasies, without hearing or honouring any of my own. I was sick to death of fucking men who had no interest in pleasing me or bringing me to orgasm. I was sick of getting on my knees to suck guys off who would never return the favour by eating me out. It felt as if I was giving a lot sexually and not getting all that much in return, apart from maybe a UTI or thrush because some dude had fucked me too hard without lube and didn’t seem to notice I was in pain. Cocks chaff if a guy doesn’t give you adequate foreplay so you are wet enough to avoid friction. Just as an FYI to men everywhere: this is what can cause a UTI or thrush, or both.

So by the age of 18, I was about ready to give up on sex altogether, as it felt like a chore and not an act in which I could find pleasure. Then one night I met a guy in a bar who took me home. He opened his closet and inside were all kinds of whips, handcuffs and floggers. I’ll never forget that moment – it was the first time I realised sex could be so much more than just penetration. He also happened to be the first guy to eat me out and bring me to orgasm and this, unfortunately, says a lot: I had been shagging guys since age 14, and only years later did a guy take the time and effort to perform cunnilingus adequately.

Conversation around what I am comfortable with sexually is really important for several reasons that aren’t limited to a better sex life. Like one in five women, I am a sexual assault survivor. I have had my consent brutally violated by men who told me they cared for and loved me. Having the space and freedom to discuss my sexual boundaries and fantasies with people I sleep with makes me feel safe, listened to and respected by those I am seeing.

It shouldn’t matter if I have my boobs out and am wearing high heels and a g-string at some sex club. No matter what or how little I wear, this does not give anyone the right to touch me without my express permission.

I remember throughout my life my mum would maintain that “a woman should always take responsibility for her actions leading up to a rape but never take responsibility for the rape itself.” I swallowed this line for many years; I could see the logic in it, I guess. But I will now have to, respectfully, disagree. In the words of model and activist Amber Rose:

If I’m laying down with a man — butt-naked — and his condom is on, and I say, “You know what? No. I don’t want to do this. I changed my mind, that means no. That means fucking no. That’s it… It doesn’t matter how far I take it or what I have on, when I say no, it means no.

And this is the absolutely necessary question which needs to be asked: where do we go to feel safe and engage in the type of sex we need and want, without being subject to abuse, rape and assault?