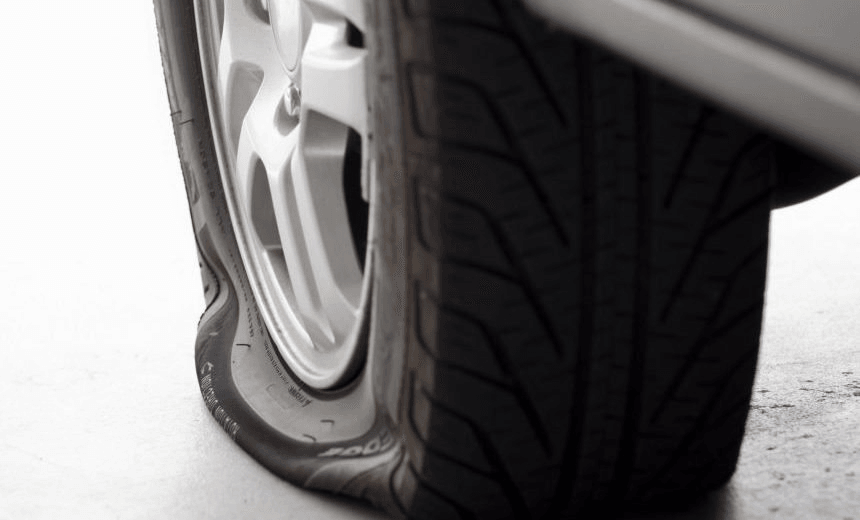 Flat tire on a passenger vehicle sitting on a garage floor, left side of image fades to white.

Absolutely, delete Uber. Then go to work and start changing things there

Flat tire on a passenger vehicle sitting on a garage floor, left side of image fades to white.
Opinion

Uber seems like a terrible company. But beyond binning an app, the challenge for the tech industry is to delete an entrenched, monolithic culture that sees women and minorities leaving in droves, writes Sacha Judd

This week, Susan Fowler published a blog post about her time working as an engineer for Uber, and why she left the company. In it, she documented a year in which she experienced routine sexual harassment, dysfunctional company politics, and a culture that appeared to have no interest in diversity and inclusion. From the mundane (no leather jackets for the ladies) to the appalling (multiple repeated reports of offensive behaviour by the same male employee that went undealt with), the things Fowler describes makes Uber sound like a terrible place to work if you’re not part of the dominant culture.

Her account met with outrage across the web, and #deleteuber quickly shot up the social media trend graphs as everyone declared this was the final straw. Never again would they hail a Toyota Prius from the comfort of their own phone.

And it’s easy to hate on Uber – we’ve recently been through a round of #deleteuber, as founder and CEO Travis Kalanick first joined Trump’s advisory council, and then announced he would be resigning, perhaps in response to the Executive Order on immigration, or perhaps because 200,000 people reportedly deleted the Uber app when confusion reigned over the company breaking a taxi strike protesting the immigration ban at JFK.

And this is after Kalanick had already amassed a reputation for being That Guy, epitomising some of the worst of Silicon Valley’s dude culture. He’s variously: described his ability to attract women now he’s successful as Boober; been dismissive of Uber’s complacency around rider security concerns; bragged about his “baller” lifestyle and presided over a team that thought it was OK to post on the company blog a series of data visualisations mapping users’ one night stands. Yes, you read that right. They called it Rides of Glory.

If you kept paying attention after the first wave of hot takes and outrage, you would have started to see frustration rolling off women, people of colour, and other underrepresented groups in tech. Because nothing in Fowler’s piece is news to us. And it’s certainly not just happening at Uber.

Amélie Lamont wrote about very similar experiences with both racism and sexism at Squarespace earlier this year. In 2014, Julie Ann Horvath wrote about the sexism and intimidation she’d experienced at Github. In 2012, Ellen Pao sued venture capital giant Kleiner Perkins for gender discrimination and lost.

These are just a few examples of the people brave enough (and in some cases, privileged enough because they were secure in their employability) to break their silence. And they’re inevitably met with a tidal wave of disbelief and criticism when they do.

The tech industry, built predominantly by young white men, prides itself on its new way of doing things. Flat company hierarchies, quirky job titles, great free snacks, treating everyone like “owners”. And who needs protection for workers? Those rules are for suits, who are still trapped in old-school companies, and haven’t learned how to move fast and break things.

The end result is that now we’re facing an industry with immense economic power and influence, and a monolithic culture. It’s no wonder women and minorities are leaving the sector in droves.

Speaking at Webstock last week, Anil Dash pointed out that the single biggest thing we can do in response to tech company behaviour is to change our own behaviours.

So, absolutely, delete the app. But don’t stop there. Start to ask yourself why, when all the studies show that companies with racial, gender and ethnic diversity produce better products, smarter teams, and outperform financially, we’re still hearing these stories. Start today, in your own workplace. Project Include has a bunch of specific recommendations companies can put in place right away, and they come with all the research and studies to back them up.

If you care about making change, don’t assume this isn’t happening in your company, assume that it is. Looking up from your terminal and calling out “Guys? This doesn’t happen here does it?” and assuming silence means you’re okay isn’t good enough. Most underrepresented employees won’t speak up if they feel like their job or position within the company is at risk. And so then if they do, you need to believe them. Don’t make the underrepresented groups in your business do your diversity work for you.

Change is hard, and it’s uncomfortable and it takes time. But you know what? The tech sector celebrates rapid change. If we can completely disrupt the taxi industry in a matter of years, imagine what we can do to our own.

Sacha Judd is the Managing Director of Hoku Group. She co-hosts Refactor, a series of events for women working in tech. She spoke last week at Webstock on boybands, diversity and hiring blind.