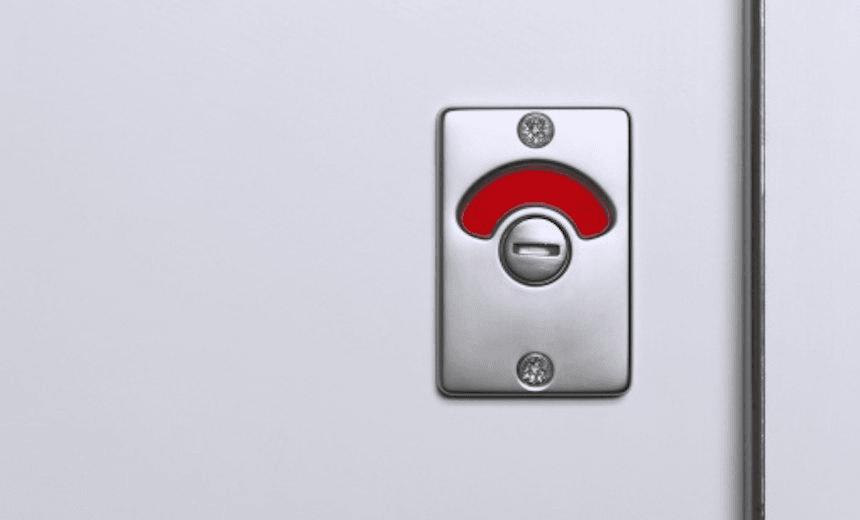 ‘There was no alternative voice’: A trans activist on how Family First used the Herald to target a trans teen

Trans activist and academic Lexie Matheson was a key figure in instigating transgender friendly toilets at Marlborough Girl’s High School, a decision made to accommodate the first trans student on their roll. She talked to Alex Casey about the process, and Family First’s Ask Me First response campaign reported on by the Herald yesterday.

Yesterday, homophobic, transphobic, sexist, slut-shaming lobby group Family First launched their Ask Me First campaign, a vitriolic barf against allowing “men [read: women] to enter women’s spaces.” The campaign featured a video of a high school student, with the support of her mother, protesting the decision of her high school that allowed her fellow trans student to use the girl’s toilet.

The video was posted on The NZ Herald, republishing the claims that the student was not consulted and had “her rights overlooked” without any input from the trans community,  until the following day after consternation on social media, when it was updated with comment from Tranzaction and RainbowYOUTH.

Lexie Matheson, Academic Equity Leader at AUT, knows about this specific consultation process better than anyone, having been flown down to Marlborough Girls’ High – the school in question – to assist in supporting the trans student. I asked her what she reckoned.

First of all, what was your reaction to Family First’s Ask Me First video having been directly involved with the school in question?

I was shocked. That sounds like I’m catastrophising it but in fact I was sincerely shocked because of my personal involvement. You may remember a while back there had been a petition in support of a trans student being able to use the girls’ toilets at their high school? At first I cynically thought, ‘oh well, schools don’t ever look after their transgender students.’ But then I got a call from the Ministry of Education who were asking for a transgender person to come down and support the student at Marlborough Girls’ High School, as well as talk to staff and the wider community.

I went down to Blenheim anticipating that I was going to have to be pretty staunch in advocating for this student. In fact, I found the opposite. I found a principal who was so committed to the students and committed to making sure everybody’s voice was heard. By lunchtime I was thinking, ‘wow, if they offered me a job I would definitely work here’. I met the student and her Mum and we sat down and talked about things like hormone replacement and all the different processes to go through to transition.

What really impressed me is that this was the first all-girls school in the country that had accepted a transgender student and everything that goes with that – the misunderstanding, the lack of knowledge. They were trying hard to find the best solution for everybody. We’d have teachers saying ‘I don’t know what to do with this student in my class.’ My answer to that was, ‘How do you deal with the rest of your students? Do that.”

What was the general vibe among students and the community?

There was actually a wonderful sense of unity. I was invited to speak at assembly and, when you stand up in front of 500 people, you get a feel for what’s going on in the audience. All of these young women were engaged in what was happening in their school and the broader community. What they were doing was making sure they had all their bases covered because there is a small sector of the community who are Fundamentalist Christians – we might say little cults – who were making a bit of noise.

The school consulted widely, they consulted the community, the consulted the students and the student LGBT groups, I was able to talk to most kids and see the student in her classroom. This is a school with quite a strong uniform policy, so this student was dressed the same as everyone else. You wouldn’t be able to pick her in a line-up of 50.

The school sorted out a range of toilet options for just about everybody you could think of. They even contacted me later after the same student was cast in the school musical, wanting to check they had done everything they could to make her as comfortable as possible. The list of things they had come up with so thoughtful, there was stuff in there that even I hadn’t thought of.

It feels like all of that has been overshadowed by coverage of this hateful Family First video. How dangerous and damaging is it to see these views amplified on the Herald site?

My main concern was that there was no opportunity given for an alternative voice. They picked up this video from Family First and presented it as though it was irrefutable fact. It was clickbait, but at the end of that clickbait there are people getting hurt and they should be more responsible than that. It is my understanding that this particular student is being pushed to say certain things publicly to support or sustain an ideology from her private life. You’ve got to respect that she’s a kid too, but she’s become a flagbearer for someone else’s agenda. And that’s what worries me.

Family First is one of those groups that, if we were in America, would get lined up as a hate group. One of the big problems we face at the moment is fighting back against this idea that transgender people are unsafe to have in bathrooms. There has not been a single case anywhere in the world of an assault or a sexual assault by a transgender person in a bathroom. They would have you believe that every pervert in the country is going to put a dress on and go have a perve on women in the bathroom.

If you and I were to go to the bathroom together it would be for similar reasons. I go in there, I do what I need to do, I wash my hands, I have a chat to the woman next to me and I go on my way. We’re not threats to anybody.

Can you describe what those daily hurdles are like for trans people when it comes to something as simple as using a toilet?

The primary concern is safety and feeling validated and authentic in yourself. At AUT we have our first gender neutral toilets being labelled right at this moment, which is really exciting. But most toilets are still binary gendered. In my own experience I’ve used women’s bathrooms for the last 20 years. I can’t even imagine what it would be like walking into a men’s bathroom now, it would be inappropriate and unsafe for me.

What I’ve started to do in the last year, since this pushback has started to happen, is look around to see who is looking at me. I look to see if I might be offending someone simply by being there. You know what? I’ve never, ever, experienced it. I’ve never been questioned anywhere in New Zealand or the rest of the world, nobody has ever raised my gender identity in a bathroom.

Students aren’t like that. Students are people who are just coming out and that safety issue is at the forefront of their minds. There is new research coming out that often young transgender women often have more bladder infections than the general population because we hold on for too long. We wait until there’s nobody around and then we go to the bathroom, and that’s really unhealthy and really unsafe.

What can people do to support this kind of change?

Become informed, realise that the idea that gender as a binary construct isn’t actually true. Ask yourself the question, ‘What do I do when I go to the bathroom?’ Like someone said to me last night on Facebook, when you are at home you’ve probably only got one toilet in the house that will be used by Mum, Dad, Grandma, Grandpa, siblings, friends and visitors. That’s just one toilet, so how do you deal with that? And how is that any different to school?

This fear-mongering that transgender people are going to look under the wall or peep over the door is just absurd. I can’t speak for the other examples in Family First’s Ask Me First campaign, but I can speak for this one. Everybody was asked first. The school was fantastic in terms of talking to the community, sending emails and newsletters out and talking to anyone with concerns. Many people did came to me with concerns about how it would affect them. The answer, of course, is that it doesn’t affect you at all.

One more big question – and you can swear if you want – what’s one thing you wish Family First would understand?