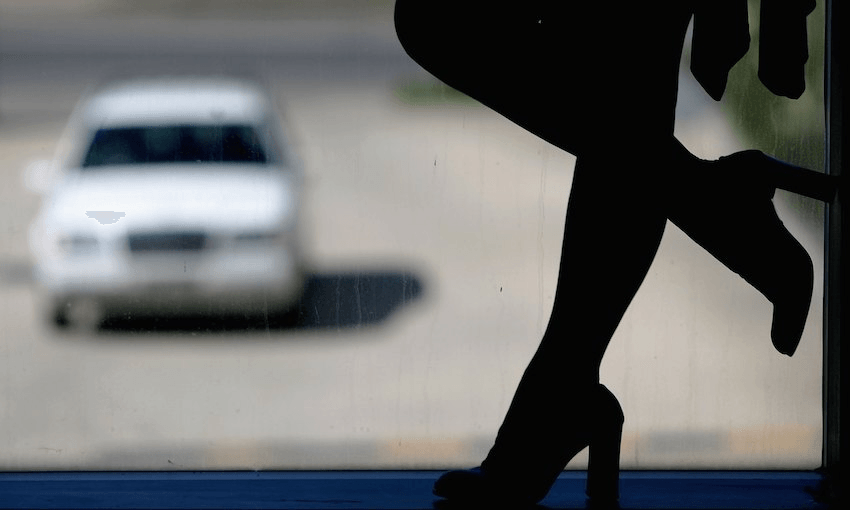 I’m a sex worker, and Lisa Lewis doesn’t speak for me

I’ve been a sex worker in Wellington for the past two years, both as an independent operator and an agency escort, and I was prompted to write by a recent Herald article about the New Zealand Prostitutes’ Collective’s role in assisting migrant sex workers.

By presenting high-profile escort Lisa Lewis as the voice of sex workers, the article allowed a nuanced issue to be hijacked by a small group with an axe to grind. It claimed that New Zealand sex workers rejected the NZPC’s support of migrant sex workers, based solely on a letter written by Lewis, signed by two other sex workers and backed by a member of Family First — an organisation that routinely attacks the rights of sex workers and even supports a “healthy stigma against” us. Any group that believes our job should incite others to direct dangerous discrimination and prejudice towards us cannot claim to represent our views.

Of the hundreds of escorts in my community, whom I regularly speak with online or in person, not one shares Lisa Lewis’ vitriol towards migrant workers and the NZPC. The claim that her 25 signatures (the majority of which appear to come from non-sex workers) is somehow an accurate summation of the 4000 plus sex workers currently active in New Zealand would be laughable if it wasn’t so harmful.

The NZPC are an incredibly vital foundation of the sex worker community. They provide advocacy, free healthcare, consent information, counselling and legal assistance to people, like myself, who may otherwise struggle to find support in a highly marginalised and often attacked industry. I know they have supported me often.

Even as a relatively privileged sex worker — for which a well-regulated environment, security, good health and a regular income is a given – I am extremely grateful for the NZPC.

For those less privileged than myself and Lisa Lewis, the NZPC’s ability to offer vital tools and education is a fundamental part of maintaining a healthy and consensual practice.

For migrant workers, who typically face more discrimination and are put in danger due to the threat of deportation or blackmail, the NZPC’s backing is essential. It is something I, and many others within the industry, unequivocally support.

The NZPC is campaigning to change a law which singles out sex work as the only kind of work it is illegal to do while on a work visa in New Zealand. The law as it stands encourages the idea that sex work is somehow different or less moral than other jobs, which hurts all sex workers.

The NZPC are not advocating importing hundreds of sex workers to flood the market and take “money off legal sex workers”, as Lewis’ letter claims. They are simply supporting the human rights of foreign workers and upholding their safety and agency within the industry.

Attacking the rights of foreign sex workers leads to forced labour, exploitation and a situation in which workers are unable to report abusive clients or unsafe work practices.

Migrant sex workers who are deported are also likely to experience further danger due to ‘illegal sex worker’ being stamped on their passport. This hardly correlates with Lewis’ claimed desire of an “environment conducive to public health”.

Like many sex workers I know, my success does not depend on attacking or harming more vulnerable workers or denying them a voice, rights or access to the tools and safety that I have. I am not willing to put other workers agency, wellbeing or lives at risk because I am afraid of competition.

I am supported by my community when I say that Lisa Lewis does not speak for me.

The voice of a few disparate and highly privileged sex workers should not decide which workers should be denied the resources and safety that they themselves take for granted.

As a proud sex worker I stand with my community and support the safety and rights of all sex workers within the country, and as such I stand with the NZPC.