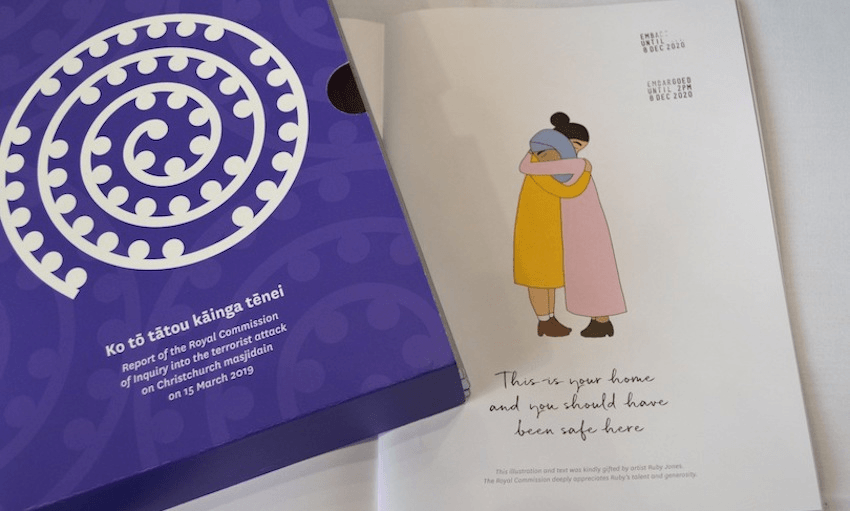 What’s missing from the report into the Christchurch terrorist attack

The weakness of the Royal Commission report is that it treats Islamist extremist terrorism and extreme right white nationalist terrorism as different categories, when in fact they are part of the same problem, argues former Green MP Keith Locke.

Much of the commentary on the Royal Commission report into the Christchurch terrorist attacks falls short in one important way. It doesn’t really explain why such forms of terrorism exist today, and how the white nationalist terrorism we saw in Christchurch interacts with extreme Islamist terrorism.

Earlier terrorism, in the late 20th century, was largely secular. In Western countries, a small section of the radicalising youth movement became impatient with the pace of change and resorted to targeted bombing and kidnapping – through groups like the Weather Underground, the Red Brigades and Baader-Meinhof. Pro-Palestinian terrorism was also mainly non-secular, aimed at putting attention on the plight of the Palestinian people. Parallel with that was Israeli terrorism: assassinations and bombings, largely directed at the Palestinian leadership.

The more extreme Islamist form of terrorism, typified by Osama bin Laden, came out of an American project: to bring such people from other countries to fight the Russians in Afghanistan.

The problem for the US government was that Osama bin Laden and Al Qaeda, after they had helped to defeat Russian intervention, turned their attention to US intervention in Muslim countries.  Osama bin Laden particularly objected to US support of Israel against the Palestinians and the stationing of US troops in Saudi Arabia.

Osama bin Laden’s secular demands were forgotten in the aftermath of the September 11 2001 destruction of the World Trade Center. The Western media interpreted bin Laden’s challenge in mainly religious terms: terror in the name of Islam.

This fueled a rapid growth of Islamophobia, particularly in the United States, which has continued to the present day. With President Trump explicitly championing the Islamophobes, and praising white nationalist militias like the Proud Boys, it is no wonder that a more violent expression of Islamophobia has gained traction in a corner of the internet, infecting people like the March 15 terrorist. This violent Islamophobic tendency has been reinforced by the anti-immigrant political current in Europe, which at its extreme end postulated the danger of a “Great Replacement” of white Europeans by darker Muslim people.

The weakness of the Royal Commission report into the Christchurch attacks is that it treats Islamist extremist terrorism and extreme right white nationalist terrorism as different categories, when in fact they are part of the same problem. This something the western intelligence agencies are blind to, and to some extent they have become part of the problem.

The report said that in the last quarter of 2018 our Government Communications Security Bureau (GCSB) received 7,526 reports from its international partners on terrorism and violent extremism, none of which related to right-wing extremism. Because the Americans and other agencies didn’t seem to think right-wing extremism was important, the GCSB in its true follow-the-leader fashion apparently didn’t think it to be important either and wasn’t looking for a man of the type that was convicted for the Christchurch terrorist attack.

Focusing instead on Islamist extremist terrorists and portraying them as dastardly criminals, pure and simple, is understandable in view of the extreme brutality involved, particularly as practised by ISIS-affiliated terrorists. But for the Western agencies to focus so exclusively on the criminality is a big problem. They are, even if inadvertently, reinforcing Islamophobia by diverting attention from the two main issues that fuel Islamist extremist terrorism in the West: the negative attitudes and discrimination directed towards Muslims in Western countries, and Western military intervention in Islamic countries.

Unless such secular motives are brought into view and addressed, the public is open to the view that Islam itself is at fault, fuelling Islamophobia and white nationalist responses. In New Zealand, such responses have not been fully overcome despite Jacinda Ardern’s admirable “they are us” response to the March 15 massacre.

However, our government has yet to openly address the anger in the Islamic world at Western military intervention in places like Iraq and Afghanistan (including by New Zealand), which has an Islamophobic dimension, as illustrated most recently in reports on the criminal killing of Afghan civilians by Australian SAS troops. Such actions by Western troops can in turn foster, at the edges of those affected societies, an extreme Islamist terrorist response.

It is also important to recognise the social origins of white nationalism in western countries, and handle them sensitively, and not simply dismiss or criminalise any white nationalist utterances.  People experiencing unemployment, or the social decay of their communities, are more susceptible to xenophobic messages (including Islamophobia). We saw this in Trump’s “Make America Great Again” campaigns, and in the Brexit movement.

Both Islamist extremist terrorism and extremist white nationalist terrorism are threats we must address. The best way to do this is not by expanding the role of security agencies, but by dealing with the driving forces behind such terrorism – forces that lie deep within our societies.