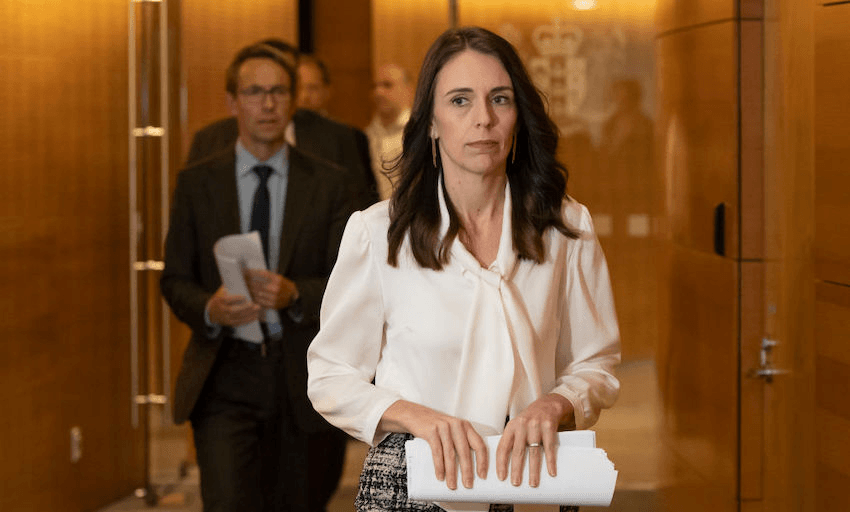 Today the legality of the lockdown will be sternly challenged. And so it should be

The Borrowdale case, which goes before a full bench in the High Court today, demonstrates a society taking its basic governing commitments seriously, writes Andrew Geddis.

As time goes by, it becomes ever more apparent that New Zealand’s response to Covid-19 has worked as well as we could hope. We didn’t just flatten the curve, we eliminated the virus. That has allowed us to return our everyday life to as near-to-normal as this sad new world allows. Sure, we’re left sitting in a bit of a limbo state as we wait for the rest of the globe to catch us up, but at the moment it’s difficult to identify another country that you’d want to swap places with.

However, it remains uncertain whether the various lockdown measures, successful though they have been, were imposed consistently with our law. Today, arguments in Borrowdale v Director General of Health commence in the Wellington High Court to resolve that question.

Two things immediately signal that this case really matters. First, the High Court proactively has issued a press release to summarise what it is (and it is not) all about. I’ll come back to that release later, but can’t help smiling at this claim: “The Court does not engage in nor provide answers to political, social or economic questions.” That’s the sort of emphatic statement you might see in a jurisprudence exam, followed by a somewhat raised eyebrow and “discuss”.

Second, the case is going to be heard by not one, not two, but three High Court judges; presided over by the chief High Court judge. The only precedent I can think of for holding a trial hearing like this before a full High Court bench is in relation to “electoral petitions” that question an MP’s election. Clearly, then, the judiciary are taking the matter extremely seriously.

Why is that so? After all, we’re now living our best level one lives, with “bubble arrangements” and “essential personal movement” but a memory of a particularly odd time in all our lives. It is not like there are ongoing constraints on our behaviour that require judicial scrutiny. And even if we were to do a Melbourne and require a return to level three or four conditions, a much different legal framework would now underpin such constraints.

Even so, the legal status of the rules adopted (and enforced!) back in the days of level four and three restrictions remains important.

That is due to the not-so-small matter of New Zealand being a “rule of law” society. We accept that government ought to be able to exercise huge power over us as individuals and a collective. At the time, something like 80% to 90% of the country backed the extraordinarily invasive measures adopted in response to the virus.

However, we don’t accept that government wields such power on a “just do what you think best” basis. Or, at least, we ought not to do so. Because that way danger lies.

What if the person in possession of governmental power is not, say, Jacinda Ardern or Ashley Bloomfield, but Donald Trump or Jair Bolsonaro? And even if power lies in the hands of “the good guys”, might not access to it in an unfettered and absolute form quickly turn them bad? Power corrupts, while ultimate power corrupts ultimately, and all that.

And so, in a rule of law society we try and put some limits on government power by requiring that it be both authorised by law (ie the law must recognise the power exists) and exercised according to law (ie the way the power is used must comply with legal constraints). This is by no means a total guarantee against power’s misuse, but history shows that it’s a pretty vital part of guarding against this.

At its core, the challenge to the government’s lockdown actions in Borrowdale v Director General of Health asserts that these were inconsistent with what the law permitted, no matter how well intentioned they were. In short, the law either didn’t allow some of the various lockdown rules that were imposed on us, or the way some of them were imposed on us was inconsistent with the law’s requirements.

Those of you interested in the precise legal details of the case can consult the previously mentioned press release. I also should note that Claudia Geiringer and I canvassed such issues back in late April. Colleagues have since taken a different view to us on the legal issues at hand. And now the courts are the only institution in our society that can settle the matter definitively.

What, then, might the High Court do? Well, it could reject Borrowdale’s challenge and find that the government’s various actions and lockdown rules were in accordance with the law at the time. In which case, ka pai. The government did the right thing in the right way.

Alternatively, the court may find that at least some of these various actions and lockdown rules were not in accordance with the law at the time. In which case, it likely will “declare” that to be the case; make a formal finding that the government acted in an unlawful manner.

Should that happen, it doesn’t necessarily invalidate the overall rightness of the government’s actions. After all, they “worked”. And I know for a fact that those involved in deciding what to do were very concerned with trying to remain within the law’s limits. It may simply be that they got these wrong, as many folk who try to understand what the law requires can make a mistake.

Nevertheless, a rule of law society doesn’t then just shrug and say “no harm, no foul” in the face of such a judicial finding. Because, a governing system that says to those with power “only act as the law requires, unless you really think you don’t have to” quickly is going to develop problems.

It ought instead to trigger a re-evaluation of the decisions made and consideration of how such decisions can be better made in the future. It may necessitate some amendment to the law, to authorise such powers and their use if thought desirable in the future. (Indeed, the recent passage of the Covid-19 Public Health Response Act 2020 already suggests that such a rethinking is already under way.)

Given that there’s some thousands of people facing such charges, that could be a big deal. Such individuals also may try to claim NZ Bill of Rights Act damages for having their rights breached, although I suspect they may get little sympathy from the judiciary on that point.

As such, what the Borrowdale case demonstrates is a society taking its basic governing commitments seriously. The electorate will pass its judgment on the political success of the lockdown (and who is best placed to deal with rebuilding our post-Covid future) come September. The court will pass its judgment on whether the law allowed for the lockdown (and what the consequences will be if it did not) beginning tomorrow. And by allowing each to have purchase – the people’s will, and the law’s limits – we do as much as we can to make government’s power over us as safe as we can.