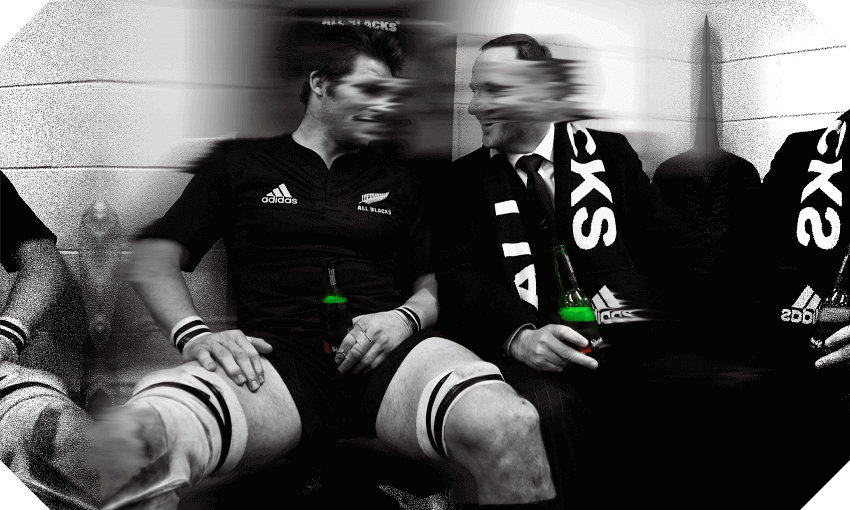 Rugby and alcohol sponsorship have been linked for decades, despite problem drinking being prevalent among players. It’s time for World Rugby to pick sides, argues Dylan Cleaver.

Last week saw the release of the World Rugby-commissioned NZ Rugby Health Report, carried out by AUT University and subtitled “the health of retired NZ male rugby players compared to non-contact sports and the NZ population”. It’s an interesting document that I can’t give full justice to in this space (spoiler alert: it doesn’t once mention CTE) but I want to hone in on what I view as rugby’s paradox.

Broadly, the results of the study showed that during their playing career, higher percentages of the rugby groups reported having sustained concussions – 94% of elite players had been concussed, 82% of community or grassroots players had, while just 26% of those in non-contact sports had.

There was more than a one-in-three chance that elite rugby players would develop osteoarthritis, compared to a little more than one in 20 for non-contact sportspeople.

In terms of general health, however, all sportspeople, including rugby players, reported better health, were more likely to be in long-term relationships, generally had higher incomes and were less likely to smoke cigarettes compared to New Zealand males in general.

But that’s not what I want to focus on.

Instead, I point you to this finding:

This is a developing narrative within rugby circles and it is hugely problematic for the sport.

My most dedicated readers might remember my sneering cynicism at World Rugby’s brain health initiative that pointed to the 12 factors associated with dementia, while never once pointing out that only one of them was a common factor in all cases of CTE – head impacts.

The subtext, read by those at the coalface fighting for those players who are suffering from early-onset dementia and probable CTE: it’s not rugby that caused you or your loved one’s condition, it’s lifestyle issues (read, drinking).

This is admittedly a simplistic way of looking at it, but what else are you meant to take out of it when it is launched at the same time as rugby’s administrators are facing a lawsuit that argues they did not adequately inform their players about the risks of head impacts? There is a chance, possibly even a likelihood, that there is a synergistic effect between repeated exposure to head impacts and binge drinking that increases further the chances of developing dementia illnesses but again, it doesn’t take away from the fact there is only one common factor in CTE – repeated exposure to head impacts.

This latest study could feed into this narrative, but here’s the problem for World Rugby: they can’t have it both ways.

They cannot on the one hand say, “dementia among our former players is tragic, alcohol is a factor” and on the other hand go to the market and say, “Asahi has replaced Heineken as the official beer sponsor of the Rugby World Cup”.

Steinlager has been the name on the side of the All Blacks since 1986.

England’s premier rugby competition was, for years, the Guinness Premiership.

Europe’s premier rugby competition was, for years, the Heineken Cup.

It’s hard to imagine the Highlanders without Speight’s, or the Springboks without Castle Lager.

Rugby and beer are inextricably linked yet alcohol abuse has been cited as an issue in rugby players since the mid-90s. There have been academic papers written on it.

In their article ‘Alcohol Sponsorship and New Zealand Regional Rugby Unions: Crisis Point or Business as Usual?’ (Gee, Batty & Millar, 2020), the authors state: “It is undeniable that beer and sport are key signifiers of masculine identity. The sport of rugby has a long association with drinking culture, hegemonic masculinity, and alcohol sponsorship. Historically, rugby was [a] male-dominated and male-defined space where men confirmed their masculinity through physical combat [and] the consumption of alcohol.”

World Rugby itself has implicitly stated that alcohol use is a contributing factor in dementia in former players.

Surely the answer is simple then: either stop taking alcohol money, or stop trying to shift the blame for the long-term cognitive issues suffered by players away from where it really lies – with repetitive head injuries. At the moment World Rugby is trying to use alcohol when it suits them, and blame it when it suits them.