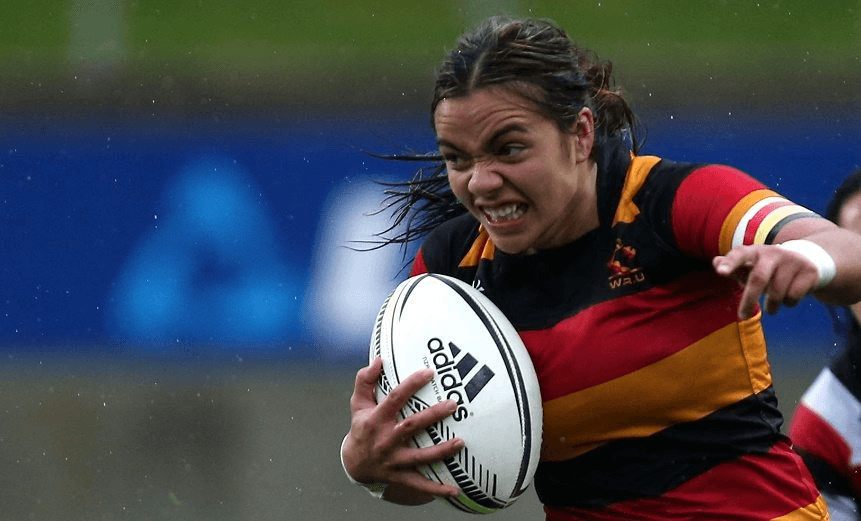 The only decent game of rugby at Waikato Stadium this weekend

The Ranfurly Shield contest between the Waikato and Manawatu men’s teams may have been a dud, but the warm-up match was a game for the ages, says Scotty Stevenson.

Michelle Montague lay on the halfway line at Waikato Stadium, in the rain, in agony. Her braided hair rested on the wet grass, her leg rested in the hands of the trainer. She grimaced, stifling a scream.

The match was barely ten minutes old when Montague’s foot was pinned under her body and she heard the bone snap. The Waikato women’s side for whom she plays had been hot on attack for most of that time, relentlessly challenging the defensive line of the Manawatu Cyclones, who had arrived in Hamilton with a one and two record and a point to prove.

Instead, they had been on the back foot since the kick off, after tighthead prop Akosita Kuruyabaki had dropped the ball and the Waikato women had thrown themselves at every tackle in an onslaught that would have broken a weaker side. Montague had been in the thick of it, as had Victoria Edmonds, her locking partner, and the heavily tattooed and downright aggressive Rochelle Smiler, who propped the scrum alongside Sololi Talawadua and Toka Natua.

Perhaps it was the haka that fired them up. Stacey Waaka had led the challenge, invoking the recognisable motifs of the Tainui people. There was a Taniwha at every bend, they asserted in formation, and there was a Waikato ball runner at every breakdown. Given the enormous rugby talent in this part of the world, it was a mystery as to why they had only ever made one final in the seventeen-year history of the women’s national provincial championship.

They were fighting for a place in the top four of the championship on this particular afternoon, live on television, in Hamilton. It’s now called the Farah Palmer Cup, a nod to one of the most impressive women ever to don a rugby jersey. She was commentating the match. Ostensibly, the women were the supporting act for the main event at the stadium that afternoon –  the Waikato men’s side would face the Manawatu Turbos in a Ranfurly Shield match directly afterwards. Someone forgot to tell the wahine that they weren’t the star attraction.

Waikato kept coming, Manawatu kept holding them out. The home side was laden with stars – Honey Hireme (or Honey Bill Williams as she is so often called), Shakira Baker, Stacey Waaka, Tenika Willison, and the gifted Magali Harvey all took turns at trying to find a way through the great green wall. Janna Vaughan and Lauren Balsillie – a kid so fresh out of school she probably hasn’t yet received her exam results – and the diminutive police officer Selica Winiata all took turns at stopping them. Tenika Willison kicked two penalties for Waikato and that was all the points they would have to show for their first half exertions.

There is a stigma attached to the women’s game – that the players are lacking in skill and pace when compared to the men. Certainly the game may not be played at the same breakneck speed, but anyone who was on hand to watch both matches will tell you this: these wahine showed more accuracy and awareness of the treacherous conditions than the men who played after them did. Perhaps if the men took time to watch, they may have learned something.

Those same people would also tell you that when Manawatu’s centre Whanda Leota flew out of the defensive line and forced a turnover inside the the Waikato 22 with a massive and perfectly timed spot tackle, it was every bit the kind of play that people pay to see. Aroha Nuku, an abrasive and tireless loose forward, crossed the line two phases later for Manawatu’s first points, and Shanna Porima, Leota’s midfield partner in crime, scored a second try not long afterward.

Then something amazing happened. Waikato, down by six, heard the half-time siren and just kept playing. It wasn’t that they needed to keep playing – they still had forty minutes of the match to go – but they wanted to keep playing. They played 41 minutes, then 42, then 43. Had they not knocked-on they would probably still be playing, a day later. There is a lot to be said for intent. And for opportunity.

The Farah Palmer Cup has never enjoyed much by way of coverage. The women’s game may be growing, but the interest in it remains limited. Many in administrative circles wonder whether New Zealand rugby might be best to focus its efforts on women’s sevens instead, but long-time stalwarts of the women’s game such as Rochelle Martin, Anna Richards, Jax Roper, Melodie Robinson and Farah Palmer see the benefit in the fifteen-a-side format. Not every woman in the game suits the speed of sevens. Fifteens is the game for all shapes and sizes. It’s a Whanda Leota flying hit to body myths. This championship is an opportunity to prove to all that the women’s game is alive and well.

Half-time was five minutes long. Five minutes! And it was spent on the field, in the rain. All that was missing was the container of oranges to complete the old school milieu. Watered and refreshed, the teams flew back into it as if the game was just beginning. Manawatu added three more points courtesy of Krysten Duffill’s right boot and Stacey Waaka answered back with a solo try that involved ripping herself away from the tackle of three Cyclone players and running 25 metres down the left hand touch.

For all money it looked as if the Waikato side were fixing to roll right over the top of the visitors. Victoria Edmonds, already mentioned, may well have broken the record for most carries in a single game of rugby. Whenever a drive needed to be made, she would make it, and as soon as Waikato found themselves under pressure, she would be the one to run them out of it. Scarcely has a lock covered more ground in a game. It was one of the most dedicated performances you could ever hope to witness.

It was a losing performance, though. Kristina Sue, the Manawatu halfback and a veteran of touch and league and sevens, came up with two extraordinary passes in the space of a few minutes, the second of which created enough space for Winiata to run in Manawatu’s third try. Nicole Dickens, Winiata’s co-Captain, then crashed over for a fourth.

In the lead up to that last scoring play, Waikato captain Les Ketu, a Black Fern and an indefatigable open side flanker, failed to get up from the ground. She lay on the wet grass, as her team mates lined up on the try line and gasped at the sight of their captain in agony. Just like Monague, she fought through that agony, put on a brave face, and waited for the stretcher.

She had broken her tibia and fibula.

In the end, Manawatu won the game 25-11. Then the men came out and warmed up and clowned their way through a Ranfurly Shield match in which just two tries were scored and the ball was turned over or dropped or mis-kicked or generally disrespected for eighty minutes.

In the end the sight of 44 fearless women playing rugby on Waikato Stadium, and two of the bravest of all leaving the field with broken bones and dignity intact, was the most memorable thing on show in Hamilton on a rainy Sunday afternoon. As one of the players said after the match, when questions were asked about the health of Montague and Ketu, “They’re as tough as f**k, those two. As tough as f**k.”