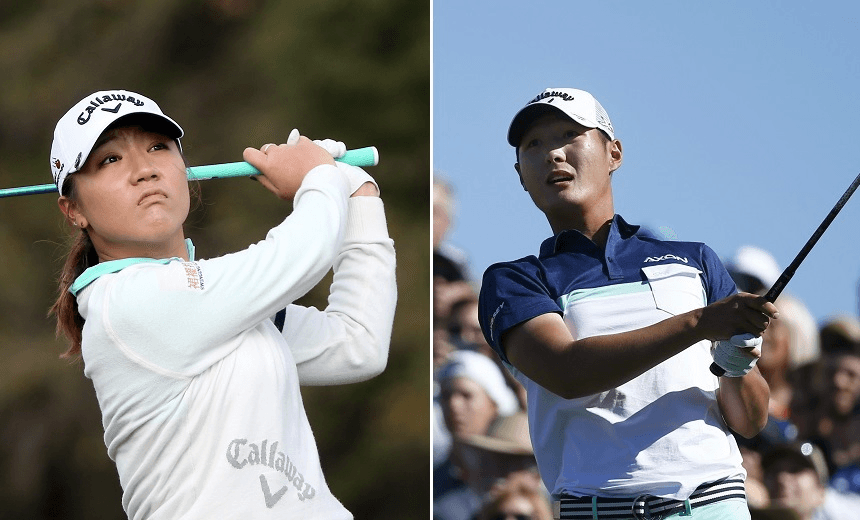 Lydia Ko vs Danny Lee – A tale of two chokes

Greg Bruce wrestles with his double standards over the weekend’s golfing double disaster.

After the first three rounds at two tournaments on the world’s most prestigious golf tours over the weekend, New Zealand’s two best golfers were both leading.

That’s not fair, because Danny Lee is playing bloody well at the moment and his rise and fall and rise has been well charted by both me and Wynne Gray. But while Wynne has been fairly consistently kind about Danny’s climb back up the rankings, I have been mean, admonishing Danny for his lame practical jokes and his short drives.

The reason for this is that I feel upset Danny is not as good as he should be, and I sometimes deal with emotional pain by lashing out. I’m not saying this is the right thing to do, and in fact I’m aware it’s severely unhealthy, but as my brother-in-law said a few years ago, after my fiancée broke up with me, “Hurt people hurt people.”

Lydia has never given me the opportunity to lash out. She is the definition of promise fulfilled. It’s been hard for golf lovers to wait through December and January for her return, with that lovely smile and that too-big ANZ badge on her shirt.

Who could ever have imagined that Lydia would fall apart in that final round, shooting five bogeys and a double bogey to finish third? Not Wynne Gray, who speculated that the result might been down to “ring rustiness or a lack of sharpness,” and not me, who speculated that, even for a sports writer, producing two clichés and a tautology in seven words is a bona fide miracle of epic proportions.

Lydia’s was the more surprising of the disasters, but in some ways Danny’s was worse, since he was three shots clear at the start of the day. By the fourth hole, he had been caught. By the seventh, after his third bogey, he had been overtaken. From there, he never looked like winning. For a while, he was playing so badly it looked like they might disqualify him out of pity.

During Danny’s years in the wilderness, nobody cared much about him because he was so bad that just making a cut was a triumph. But over the weekend, our expectations of him rose again, and so, in his white pants, he hurt us again. I want to forgive Lydia because she is so good and she has such a nice smile and manner on the golf course, but I feel that if I do, I will – accurately – be accused of inconsistency.

I think what I’m trying to say here is: two players with top five finishes on golf’s two most prestigious tours in one weekend – what a fantastic result for New Zealand golf.