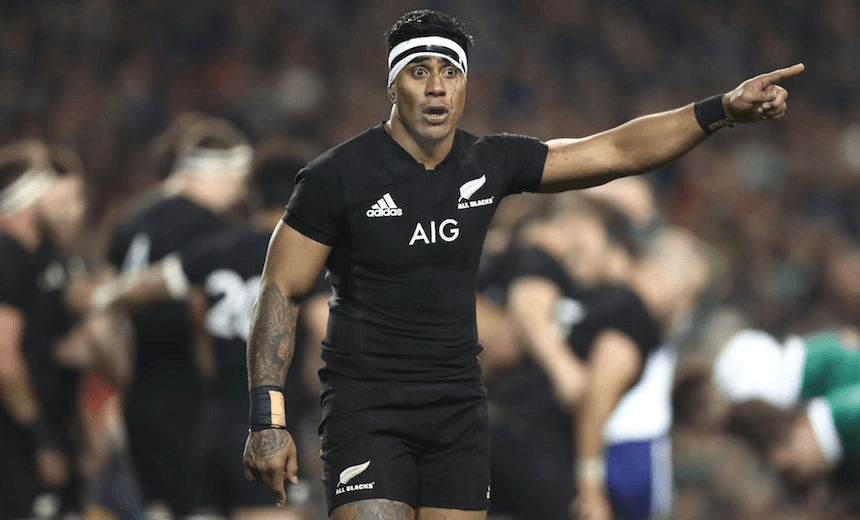 Malakai Fekitoa is going to France – how should his New Zealand rugby career be remembered?

Is it fair to say the 25-year-old former All Blacks midfielder never quite lived up to his potential? Jamie Wall looks back on an abbreviated career in New Zealand rugby.

Full time blew on the Highlanders’ season on a wet and miserable Saturday night in Christchurch. The weather was so bad that the uncovered stands at each end of the ground were mostly deserted, and at full time most of those who had braved the torrential conditions made a quick beeline to their cars to navigate their way home through a city that was partially submerged.

It was the Crusaders’ third victory over the Highlanders this year, and the last time Malakai Fekitoa will play a game of rugby in New Zealand – at least for now. The centre has signed with big money French club Toulon, and leaves with the general consensus being that he didn’t fulfill his potential here.

But is that a fair assessment?

Let’s go back to the beginning of the story, which is one that could double as the apocryphal tale of New Zealand rugby’s relationship with the Pacific Islands – depending on how you look at it.

Born and raised in Tonga, Fekitoa first came to New Zealand to play on a sevens tour. He suitably impressed the Auckland rugby scouts enough that he was offered a scholarship at Wesley College, Jonah Lomu’s old school. After leaving there he quickly graduated to playing for the Auckland Mitre 10 Cup side and then was part of the Blues squad for the following 2012 season.

On one hand, it’s nurturing talent and offering a young man an opportunity at a living he’d otherwise never have achieved. On the other, it’s poaching and pillaging the islands of their natural rugby talent.

This is where the twist in the tale comes. That year Ma’a Nonu decided he didn’t want new Hurricanes coach Mark Hammett telling him what to do, so he moved to the Blues. This pushed Fekitoa down the depth chart and eventually forced him to head south to the Highlanders the following season. Nonu’s pragmatism, or petulance (again, depending on how you look at it), was the catalyst for Fekitoa to establish himself in a Highlanders side unburdened by expectations. That move changed his entire career.

A huge season in 2014 saw him score one of the great Super Rugby tries, and made a lot of people take notice – including the All Blacks selectors. If you make the All Blacks, that’s what you get remembered for in New Zealand. No matter what else you’ve done.

Fekitoa was marked as the successor to Conrad Smith – a dual purpose midfielder who could distribute as well as break the line. The early signs were encouraging, after a solid few appearances off the bench, he was rushed into the starting lineup for the third Bledisloe Cup test in Brisbane. He repaid the selectors’ decision by scoring the winning try in the last play of the game.

So far, so good. In 2015 Fekitoa was the form centre of Super Rugby, and part of a team that would shatter all predictions by winning a maiden title in 2015 – ironically against a Hurricanes team that Nonu had returned to.

Later that year it was Nonu who starred for the All Blacks as they won their third World Cup. The Wellingtonian was one of five All Blacks to retire from the side at the end of the tournament, along with Conrad Smith. Fekitoa’s path into a long-term All Blacks spot was seemingly assured.

Except, that’s not what happened. The mass exodus sent the All Black machine into future-proofing mode, with a number of players given chances to show their wares during the long 2016 test season. Ryan Crotty emerged as the seemingly ‘safe’ option at second five, while Sonny Bill Williams’ outrageous talent couldn’t be ignored. Anton Lienert-Brown played one of the great All Black debut matches against the Wallabies in Wellington and suddenly Fekitoa was yesterday’s news.

After being dropped from the squad to play the Lions this season, he was given a lifeline when Williams was suspended for his shoulder charge in the second test. However, the rapid rise of Ngani Laumape to start ahead of him, plus the elevation of Jack Goodhue to the wider training squad would have signalled where the selectors think the midfield future lies.

And just like that, Fekitoa is gone. Of course, the massive irony in all of this is that for a guy that was ‘poached’ from Tonga, his test career was cut short by the massive depth of midfielders that the All Blacks can call upon from seemingly anywhere in the country.

His last touch of the ball in New Zealand rugby came on a horrible night at the end of a horrible game. Fekitoa’s Highlanders had been unable to string more than three phases together all night in their quarterfinal against the Crusaders, and the commentators were at pains to point out that the first time they mentioned his name was well into the second half. Desperate to salvage something after the hooter had gone in the 17-0 loss, Fekitoa was pole-axed by former All Black team mate Israel Dagg.

Now the question is: will he be worth very large pay packet he’ll be getting from Toulon?

On one hand, he’s played 24 tests for the All Blacks, 60 games for the Highlanders and won a Super Rugby title and World Cup. On the other, his 2017 form has been nothing special – in fact the most notable thing he’s done is get a very rough yellow card call back in round two that cost the Highlanders in a thrilling loss to the Crusaders.

The final chapter in the Malakai Fekitoa story is still a long way off being written. He is now in a position to earn a lot of money for a lot longer than most other ex-All Blacks who move north. He’s also in the position of being under the watchful eye of the most unhinged and reactionary owner of a rugby club in the world.

One thing is for sure though. When Fekitoa gets to France there is one guy he can thank for a decision that ultimately added a lot of value to his contract – his Toulon midfield partner Ma’a Nonu.