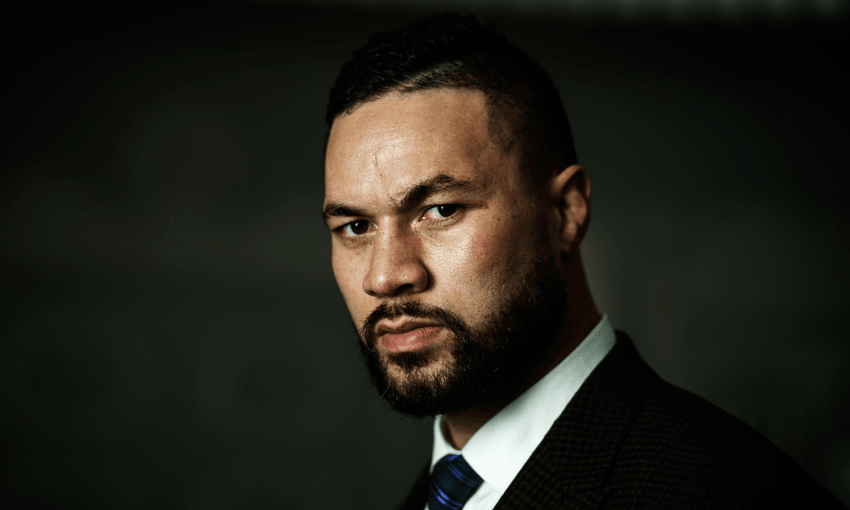 Joseph Parker during the press conference at the Dorchester Hotel, London. (Photo by John Walton/PA Images via Getty Images)

A win is not enough for Joseph Parker in London

Joseph Parker during the press conference at the Dorchester Hotel, London. (Photo by John Walton/PA Images via Getty Images)

At an undefeated 50-0, as the only fighter with career earnings of more than $1 billion, Floyd Mayweather may well be the self-proclaimed ‘best ever’ – but nobody on earth is mistaking him as the baddest.

That honorific belongs to guys like Mike Tyson, George Foreman, increasingly Anthony Joshua; men with the physique to suggest they could sleep a rhino with one shot and go back to bench-pressing a jeep.

Despite early flashes of knockout power, Joseph Parker is yet to show that he belongs in the same category. His ongoing relevance to heavyweight boxing demands that this weekend in London he does.

Beating England’s Dillian Whyte at the sold-out O2 Arena is not enough. Joseph Parker must win by knockout, and impressively so.

Parker’s last knockout win came two years ago over a cravenly Alexander Dimitrenko, who simply gave up in the face of an unusually aggressive strategy. Before that it was 40-year-old part-timer Solomon Haumono in Christchurch, in 2015.

At the highest levels of boxing Joseph Parker is yet to so much as drop an opponent. And in winning efforts against admittedly slippery opponents Andy Ruiz and Hughie Fury, he hasn’t even looked close.

In the lead-up to Parker’s world title bout in March, all that was said to be out of the way. Team Parker built a marketing campaign around ‘cracking the glass jaw’ of England’s undefeated world champion on the back of perfect training camp. That never happened.

Battling a 15cm reach disadvantage, an uncharacteristically defensive opponent and questionable refereeing, Parker lost a respectable judge’s decision. It was the first time Anthony Joshua had failed to stop an opponent and Parker emerged unscathed with his legitimacy as a top five opponent in tact. It was a gutsy performance as a significant underdog.

Gutsy is no longer good enough.

Fortunately for Parker, Whyte is tailor-made for a breakout performance. Most famous for losing to Anthony Joshua in a frantic seven round brawl in 2015, Whyte is a former heavyweight kickboxing champion with equal parts formidable offence and shoddy defence. Nicknamed ‘The Bodysnatcher’, Whyte has a similar frame to Parker and will be forced to fight up close, unlike Joshua who fought from behind his jab all night in March.

Promoted by Eddie Hearn, whose agency Matchroom Sports also promotes Anthony Joshua, Dillian Whyte shares four opponents with Joseph Parker. Bar AJ, who beat them both, none have seen the final bell. Whyte’s stock is higher than ever after a horrific knockout over Australian Lucas Browne in March. Fans of Parker, Joshua and American superstar Deontay Wilder will all be looking to see who’s next for the streaking champ, and who’s going back to the prelims.

A convincing win over a high profile heavyweight in the all-important British market sets up Parker for a rematch with Joshua, with the literal millions of dollars of income that entails, and an eventual bout with Deontay Wilder.

Anything less and it will be back to fighting the sort of opponents that make people cancel their Sky.